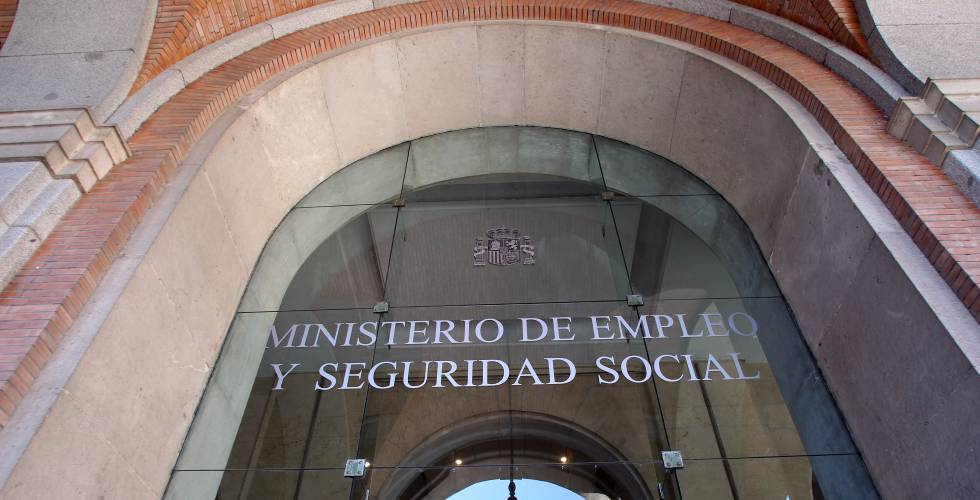 Removing the tablecloth from the labor market table to end temporary hiring and the precariousness that derives from it is the primary objective of the reform approved by the Government, and which received the approval of unions and employers. The first effects of the new regulatory framework, in force since December 2021, have taken permanent contracts to unknown heights in the first months of the year – in March almost a third of the contracts that were signed were permanent -, and the next step It is directed towards regulating the situation of interns, which so far in 2022 has become a recurring focus of intervention for the Labor Inspectorate. According to the record of actions between the months of January and March, and to which EL PAÍS has had access, this body has already determined nine infractions, whose liquidation amount exceeds one and a half million euros, a third of everything collected in 2021.

The role of the Labor and Social Security Inspectorate in recent years has been to verify that the existing employment relationship between people who carry out internships in companies does not imply a covert form of provision of employment services. To do this, check that in the foundation of these labor relations there is a link between the studies completed and the practices carried out.

The increase in the abuse of this formula in the last three years has been verified by the Inspection. Between 2018 and 2022, 6,505 actions have been carried out, from which 553 infractions have been derived, for which the offending companies have paid a joint fine of 15,117,225 euros. As a result of this surveillance, in the last five years 4,805 jobs have emerged. Irregularities in the first quarter of this year worsen past records. Between January and March there are already 352 actions and nine infractions worth 1,593,917 euros, which represents a third of the total that was registered in 2021 (5,152,315).

“It is necessary to undertake compensation of expenses, give a series of rights in the field of Social Security and avoid formulas of false interns who occupy structural jobs, and it is one of the scourges of the precariousness that plagues youth in Spain” , acknowledged the Vice President and Minister of Labor, Yolanda Díaz, on Tuesday during an interview in A1. In it, he announced that his department has summoned the social agents to a meeting on Friday in which the status of the scholarship holder will be discussed, and that it will affect “hundreds of thousands of young people who have been forced to misuse formulas that on many occasions are fraudulent”, as described by Díaz.

The implementation of this statute represents a further step in the labor regulation of this group, since it will be the first time that it has this protection framework. “It had never been done in democracy, we had a royal decree that addressed non-work and curricular internships, but not a scholarship holder’s statute as in France,” added Díaz.

This new formula was included within the content of the labor reform in an additional provision, in which it was determined that its objective will be “tutored practical training in comparable companies and organizations, as well as the training activity developed within the framework of curricular practices or extracurricular planned in the official studies”; and that there will be a period of six months for its elaboration. Sources from the Ministry of Labor indicate that letters are being sent to all regional councilors to collect all the information on non-labour practices carried out by the regional services themselves.

Despite this recent recognition, in November 2017 the Congress of Deputies approved the processing of the law to regulate academic internships in companies, put an end to scholarship fraud and promote the status of the scholarship holder.

IYI Party and HDP are on the same table! Secret partnership registered in Europe

Istanbulspor Coach Osman Zeki Korkmaz: The first half could have been different

NATO activates its defenses against attacks with chemical, biological and nuclear weapons | International

Zelenski, after a Russian attack on a shopping center with a thousand people: “The number of victims is impossible to imagine” | International
June 27, 2022

Zelenski, after a Russian attack on a shopping center with a thousand people: “The number of victims is impossible to imagine” | International

Ukraine: The agreement to export grain through the Black Sea is extended by 120 days, but without the improvements that kyiv seeks | International
2 weeks ago

Ukraine: The agreement to export grain through the Black Sea is extended by 120 days, but without the improvements that kyiv seeks | International