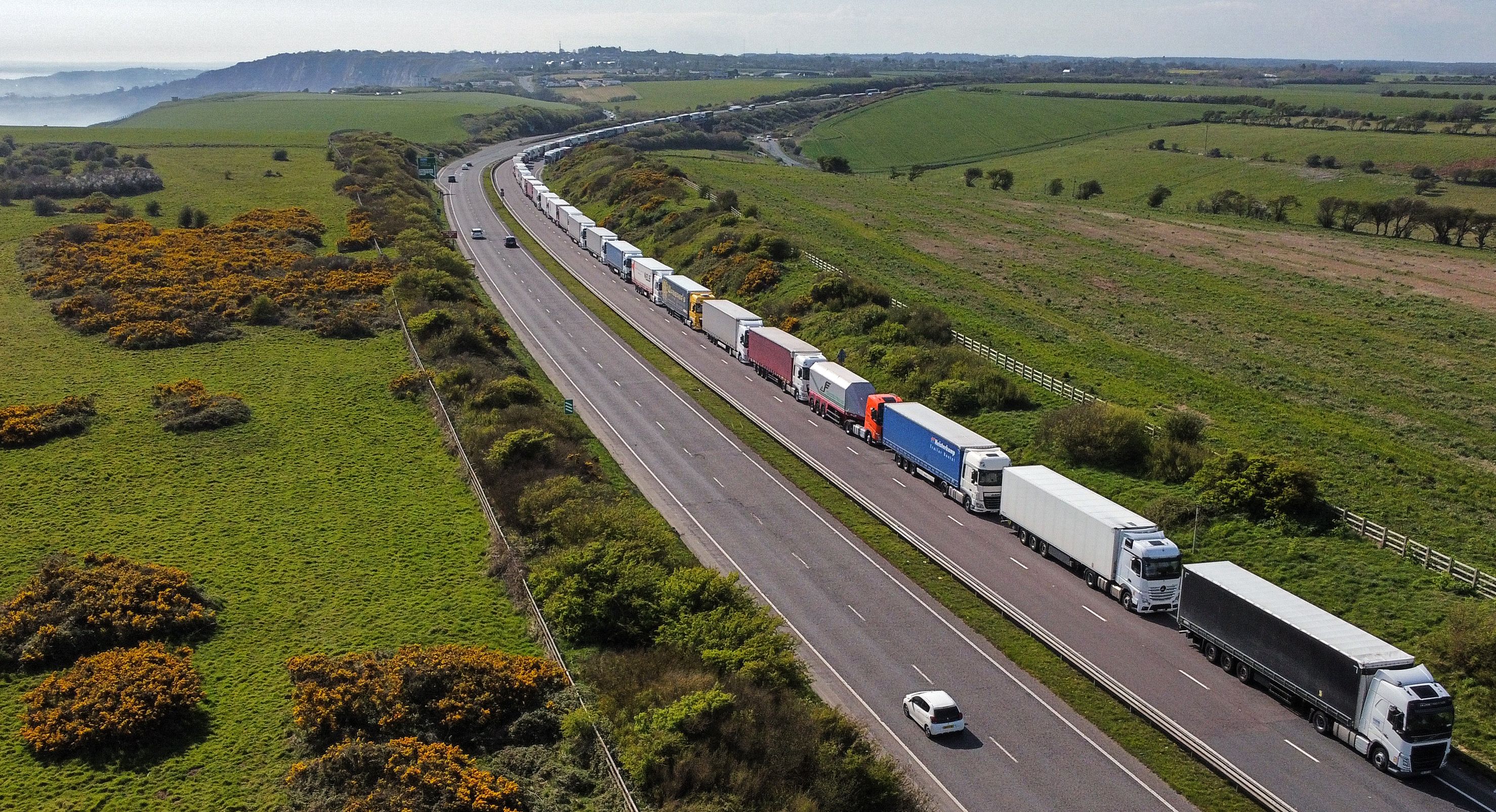 There were no historical precedents with which to compare the exit of an economy as industrialized as the United Kingdom from a market as deeply integrated as the European Union, admit the authors of the study presented this week by the Center for Economic Performance (Center for Economic Performance, CEP) of the London School of Economics (ESL). “In some of the scales studied, the level of integration between the countries of the EU equals and even exceeds the levels of openness between the different States of the USA”, indicates the document, with a title as provocative and suggestive as Unraveling Deep Integration: UK Trade After Brexit.

Three are the most surprising conclusions of an investigation that has traced the changes in the trade of up to 1,200 products. Since the British voted in favor of Brexit, in the 2016 referendum, until a new trade agreement with the EU came into force, companies continued to trade with the continent as if nothing had happened. The collapse came in January 2021, when the new Trade Agreement signed with Brussels came into force, which avoided a hard Brexit but at the same time established new customs, tariff or health control obligations. The coincidence of the new legal framework with the global outbreak of the pandemic helped the Boris Johnson government to camouflage the negative consequences of leaving the EU, but the consensus between businessmen and academics was already quite devastating.

The LSE study points out how, in the first year of the agreement, imports of EU products to the United Kingdom fell by up to 25%. “Our findings suggest that British firms were not quick to adjust their business activity after the referendum, despite the fact that economic uncertainty regarding future trade relations between the UK and the EU increased dramatically,” explains Kalina Manova, professor of Economics at the LSE and co-author of the study. “But once trade costs rose, however, they began to rapidly reshuffle their global imports and reduce those from the EU, while adjusting their exports,” she adds. That is the third conclusion: small companies, which did not have the capacity of large ones to face the new costs of commercial relations, gave up exporting. It has been the “marginal value” exchanges with the EU countries that are quantitatively less relevant for the United Kingdom that have suffered the most from the impact of Brexit. “It gives the impression that a lot of products were simply stopped being sold to the smaller countries of the European Union,” said Thomas Prayer, a doctoral candidate at the University of Cambridge and a participant in the LSE study.

The authors show their surprise with the fact that imports to the United Kingdom have been precisely those that have suffered a more drastic decrease, if one takes into account that the Johnson Government, unlike the EU, has been dragging over time , with consecutive extensions, its obligation to impose effective and rigid controls on products from the continent, while Brussels has applied the new rules imposed by the trade agreement from the beginning. In fact, during his recent visit to India, Johnson has again suggested that there will be further extensions, pending the development of a new customs control computer system that Downing Street never tires of announcing and that never ends up arriving. .

“It is surprising that imports have been hit harder than exports during the first year of the Trade Agreement,” said Rebecca Freeman, a researcher at the CEP and also a co-author of the report. “It would be a mistake, however, to conclude that exports have not been affected. Also the number of export relations with the EU fell sharply in 2021″, she has pointed out.

The conclusions of a report that admits the impossibility of defining an accurate long-term diagnosis have been exploited by the most Eurosceptic British media, such as The Daily Telegraph, to insist that the glass is half full, and that the predictions of the most doomsayers regarding the exit from the EU have not been fulfilled. The report admits that “there is no evidence of a sustained decline in relative terms of UK exports to the EU from 1 January 2021”, but the reason is that large companies have had to rapidly adapt their logistics and their costs to the new reality rather than lose their business, and not because the added problems were minor. The main British employers, CBI, precisely criticizes the Government, in a recent statement, for placing British companies at a “disadvantage” by being so lax in their controls on products from the EU.

The double electoral appointment on May 5 threatens to add new tension to relations between London and Brussels. Local elections are held throughout England and home rule elections in Northern Ireland. In the first, the polls predict a collapse of the Conservative Party, derived above all from the irritation of the public due to the scandal of the prohibited parties in Downing Street. In the second, Sinn Féin (the party that was the political arm of the IRA terrorist organization) can win for the first time in history, and occupy the chair of chief minister. Unionist forces, who have blamed the Northern Ireland Protocol for all their ills, will increase pressure on Johnson to unilaterally reject the deal. In recent weeks, Downing Street has once again sent out uncomfortable signals to Brussels, suggesting that it will revive the idea of ​​giving ministers extraordinary powers to bypass the rules of the protocol, which retains Northern Ireland within the EU’s internal market and imposes customs control in the Irish Sea.

Karl Nehammer: The first visit of a European leader to Putin during the war ends with fears of a major offensive in the east Ukraine | International

Gorbachev, the great reformer of communist Russia and father of ‘perestroika’ | International

The Ukrainian Foreign Minister: “Russia will pay for its war crimes for decades” | International
March 24, 2022

The Ukrainian Foreign Minister: “Russia will pay for its war crimes for decades” | International

From a brawl over a baseball game to crime in the church: 24 hours of lead in the Sierra Tarahumara
June 24, 2022

From a brawl over a baseball game to crime in the church: 24 hours of lead in the Sierra Tarahumara

The Taliban celebrate the first anniversary of their seizure of power in front of the US embassy in Kabul | International
August 15, 2022

The anti-vaccine German couple who held their two daughters in Paraguay surrenders to the police | International
June 11, 2022

Bettina Muscheidt: Europe prepares a “firm” response to the expulsion of its Nicaraguan ambassador | International
October 3, 2022

Bettina Muscheidt: Europe prepares a “firm” response to the expulsion of its Nicaraguan ambassador | International