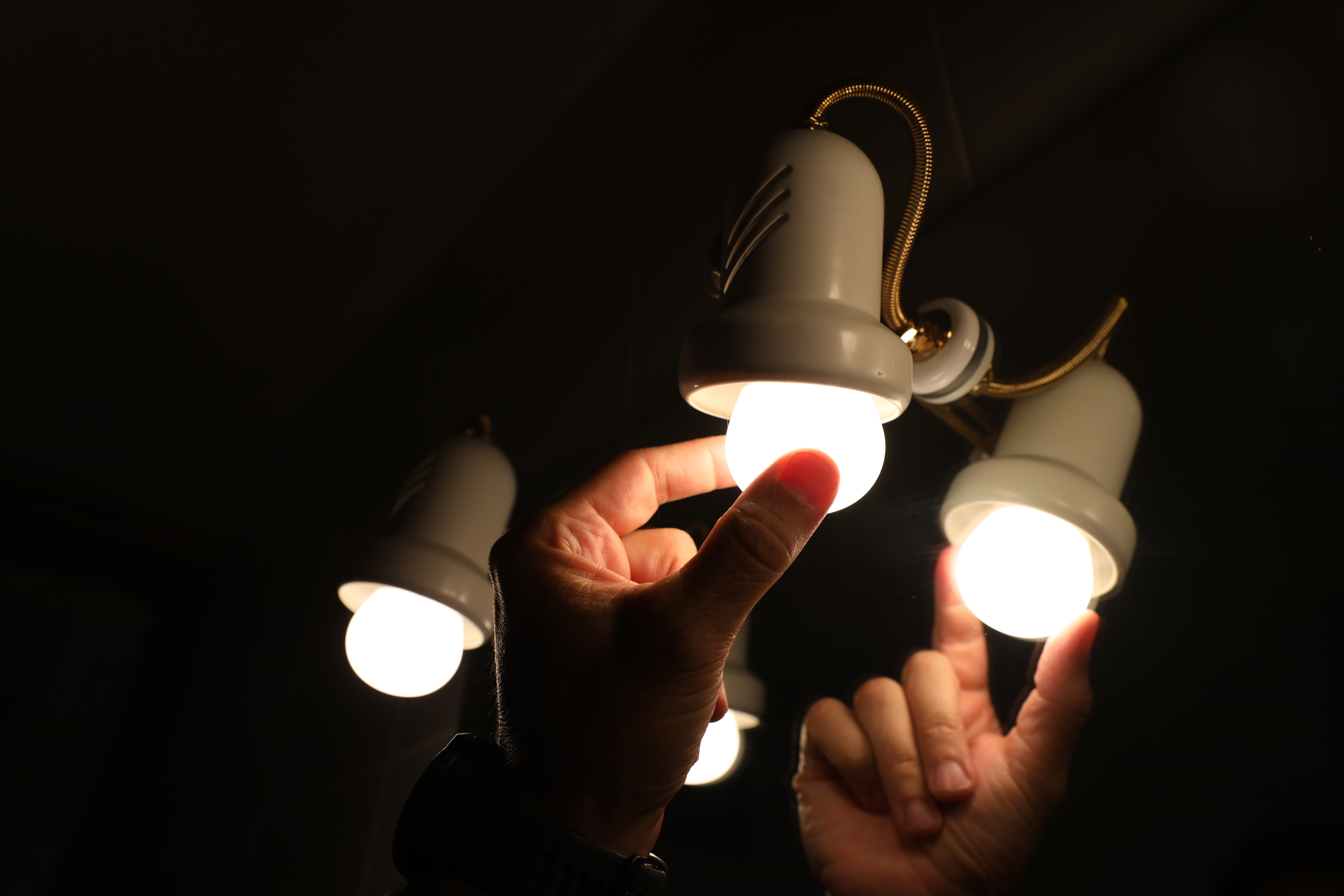 The market begins to impose its law in the Spanish energy sector. The unprecedented rise in electricity, gas and fuel prices in recent months is leading companies and households to think twice before consuming and to apply saving measures to cut down on any additional expenses. The objective of these measures is clear: to reduce bills that have skyrocketed in response to the rising cost of fossil fuels in international markets. Even without rationing measures in Europe – a scenario that, at this point, nobody rules out – the destruction of demand has already begun.

The peninsular electricity consumption accumulates since January 1 a decrease of 2.9% year-on-year, according to the latest data from Red Eléctrica de España (REE). Of that figure, according to Javier Revuelta, an expert at the consulting firm Afry, 2.3 percentage points are entirely attributable to lower consumption due to rising prices, especially in the industrial field. The rest (0.6 points) have to do with the explosion of self-consumption, a trend that has also been driven by the brutal increase in bills.

In the specific case of companies (industrial or not), the leading rate of electricity consumption prepared month by month by REE, reflects a decrease of 1.3% in January, 2.1% in February and 6.6% in March. In all cases, the usual correction for calendar and temperatures has already been applied. The figures from Datadis, another demand monitoring platform, abound in this line: in January, the latest available data, the fall in homes and micro-enterprises retracted even more than what was calculated by Red Eléctrica (3.2% year-on-year) .

The data, therefore, suggest that the decline in electricity demand has only just begun. And what goes to more. Everything, despite the fact that the comparison is compared to the initial stretch of 2021, when there were still active restrictions on mobility to stop the spread of the virus – with many economic activities consuming less than usual for those dates – and international tourism was little less what a wasteland This year is no longer like that.

“Although it is not the only factor, it is clear that the increase in prices is already beginning to be felt on demand,” confirms Pedro González, director of regulation for the Association of Electric Power Companies (Aelec), the employer of the sector. “In homes there should not be large variations, because six out of 10 have a free market rate, which has hardly been affected. But, without a doubt, we are all more sensitive and have started to apply efficiency measures to reduce consumption, ”she adds. “It is logical that a destruction of demand is beginning to take place, especially in the private sector: companies that cannot pass on the increase in costs”, completes Revuelta.

The dynamics are very similar in the case of natural gas. The conventional consumption of this fuel, used in a good number of industrial processes and to heat and provide hot water to homes, fell by 4.9% in March despite the freezing of the regulated tariff. This metric, published by the manager of the Spanish gas system (Enagás), is the most reliable, since it excludes the part destined for electricity generation —which depends much more on the availability of wind and sun, given that combined cycle plants make support of the system in the sections of the day in which renewables are not enough. After applying the usual temperature and labor corrections, the annual drop is even greater: 8.7% in March and 5.4% in the accumulated figure for the first three months of 2022.

“In the case of gas, we are already starting to see a drop in demand linked to prices. I hope it is something temporary, after the sharp rise in March and April, but it is evidence that the increase in prices is retracting consumption”, slides Verónica Rivière, president of GasIndustrial, the association that represents the interests of consumers of this fuel in the secondary sector. “Taking into account the evolution of industrial consumption indicators, a reduction in demand can be seen in the first quarter of the year”, confirms, for his part, Joan Batalla, from Sedigas, another authorized voice in the sector. “We will have to look at the data for the coming months to be able to assess whether it is something circumstantial or whether the current energy context has structural effects on gas demand.”

Although the availability of data is less, the fuel sector (diesel and gasoline) is also beginning to show some signs of demand destruction. According to data from the Spanish Confederation of Service Station Employers (Ceees), in March —when automotive fuels beat their all-time high prices—, sales sank 20% year-on-year. Again, despite the fact that in March 2021 the restrictions still inhibited many leisure movements. “Price has been the key variable: it went above two euros per liter and that is a psychological barrier that prevents many people from going to service stations,” says the agency’s general director, Nacho Rabadán.

The link between prices and demand is especially clear with a fact in hand: so far in April, after the Government announced an extraordinary discount of 20 cents per liter refueled on April 1, the consumption of gasoline and diesel grows 35% year-on-year. One part can be attributed to the fact that many drivers waited for the change of month to take advantage of the discount. Another, to the fact that Easter has fallen this year entirely in the fourth month of the year, while in 2021 it was halfway between March and April. “The bonus is encouraging consumption, but now we see how prices are going up again and we fear that what happened in April is little more than a mirage. As long as measures are not taken in the wholesale markets, demand will continue to be destroyed,” adds Rabadán.

The destruction of energy demand associated with rising prices is far from being a solely Spanish issue. With the barrel of oil above 100 dollars per barrel since the start of the war in Ukraine, the US investment bank JP Morgan believes that the process – a constant in every price crisis and one of the classic ways to rebalance supply and demand— has already started on a global scale. Except for a drastic turn in the direction of the market, it is only the appetizer of what is to come. A dynamic that, however, seems to be more “modest” in the case of fuels than in previous energy crises (such as the double shock seventies: in 1973 and in 1979), according to the World Bank.

The change over the years has been talked about a lot!

By admin
Recent Posts
Latest News
Facebook Twitter WhatsApp Telegram
Back to top button
Close
Featured Posts
The ‘Razoni’ is already sailing to Lebanon with 26,000 tons of corn after being inspected in Istanbul | International
August 3, 2022

The ‘Razoni’ is already sailing to Lebanon with 26,000 tons of corn after being inspected in Istanbul | International

Russia dismisses the general in charge of Army logistics after setbacks in Ukraine | International
September 24, 2022

A German boy who had been missing for eight days is found alive in a sewer | International
June 30, 2022

The European Union agrees on a joint rearmament in the face of the Russian threat | International
May 31, 2022

Matteo Salvini: Meloni has the enemy at home | International
September 29, 2022

Matteo Salvini: Meloni has the enemy at home | International

Ukraine – Russia: The blow of the war in Poland tests the response of NATO | International
2 weeks ago