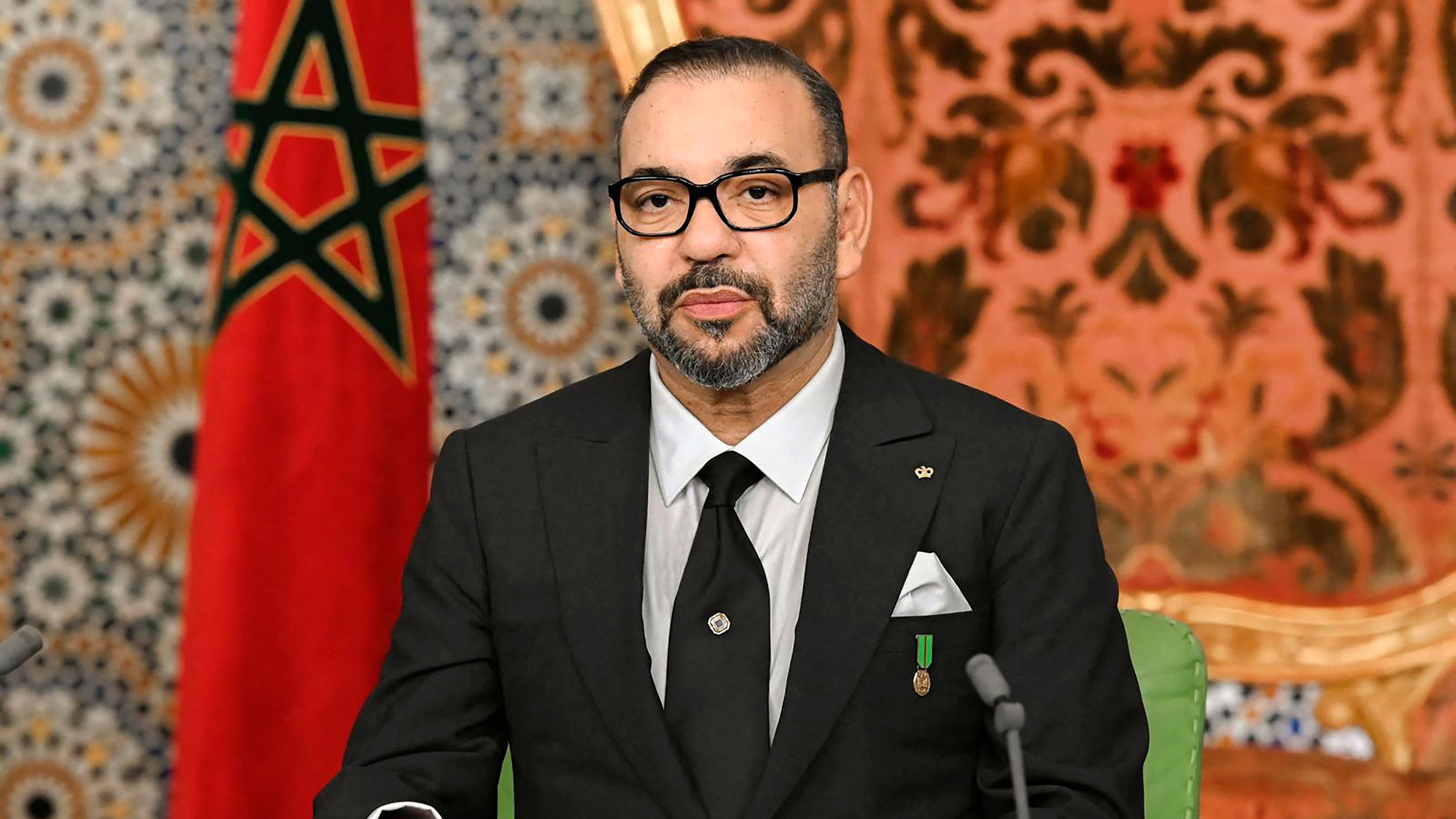 Moroccan human rights activist Saida el Alami, 48, posted a Facebook post on March 22 criticizing the directors of the Moroccan police and internal espionage service — the Directorate General for Territory Security, or DGST. — after learning that several agents had questioned her neighbors about her, taking advantage of the fact that she had left home. El Alami was arrested the following day and has not yet been released. According to Amnesty International (AI), she was not even able to consult a lawyer until ten days after her arrest. This Friday, a court of first instance in Casablanca has sentenced her to two years in prison and the payment of 5,000 dirhams (about 475 euros) for outrage against police and justice officials, confirmed to EL PAÍS from Rabat Jadiya Ryadi, a member of the Support Committee for Imprisoned Journalists in Morocco.

El Alami, a well-known activist from the Moroccan Women Against Political Detention forum, had issued criticism in other posts on Facebook, prior to the one that precipitated her arrest, against the corruption of her country’s judicial system. She had also called King Mohamed VI a “despot”. Less explicit was Rabie al Ablaq, 35, another activist who, between September and November 2021, posted various videos on Facebook and YouTube in which he addressed the king without address, only by his first and last name — he called him “Mr. Mohamed Alaoui”—and criticized the contrast between the wealth of the sovereign and the poverty of the people. Last Monday, a court of first instance in Alhucemas (north) sentenced Al Ablaq to four years in prison for “offending the monarchical institution.”

This activist is an old acquaintance of Moroccan prisons also for reasons related to his militancy and his activity on the Internet. In 2018, he was sentenced to five years in prison, of which he only served two, for spreading “fake news” and “usurping the title of journalist.” Al Ablaq had posted comments on websites in which he supported the demands of the Hirak, the protest movement for the socioeconomic marginalization of the northern Rif region, harshly repressed by the authorities and whose main leader, Nasser Zefzafi, is serving a sentence of 20 years in prison.

The sentences of Saida el Alami and Rabie al Ablaq have not been the only ones handed down under what Moroccan law classifies as a crime, but which for organizations such as Amnesty International and Human Rights Watch are exercises of the right to freedom of expression. In the last two months, the Moroccan authorities have stepped up their harassment against human rights defenders and activists: at least four face criminal investigations and prosecutions for social media posts critical of the authorities. on April 7 Amnesty, an accusation endorsed by the main Moroccan human rights organization, the Moroccan Association for Human Rights (AMDH). Its secretary general, Youssef Raissouni, considers that these sentences “are part of a general offensive against activists, human rights activists, independent journalists and anyone who uses social networks to express criticism of the regime, who responds with jail.”

One of the convicts referred to by AI is the blogger Mohamed Bouzlouf, sentenced on April 4 to two months in prison for expressing his solidarity with Saida el Alami. Two other activists, Abderrazak Boughanbour and Brahim Nafai, have recently been questioned by the police for their posts on social networks, mainly on Facebook, in which the former called for participation in popular demonstrations, while the latter called for a boycott of the purchase of fuel for three days.

At the beginning of Mohamed VI’s reign, in the late 1990s and early 2000s, a vibrant independent press flourished in Morocco. With that press now reduced to almost nothing and with their freest voices silenced, in exile or in jail, social networks in Morocco have become one of the last strongholds for criticism, confirms activist Ryadi. For that reason, she says, Moroccan justice has been targeting them for years. In 2019, at least 15 people were prosecuted in Morocco for their comments on the networks, eight of them in December of that year alone, according to the National Committee for the Support of journalist Omar Radi, a professional who is now serving a six-month sentence. jail years.

“There are dozens of people imprisoned in Morocco for exercising their freedom of expression, from the youtuber Mul Kaskita [también por difundir un vídeo en el que criticaba al rey]to citizens accused of texts spread on their social profiles, in addition to several journalists”, explains the secretary general of the AMDH, who deplores “the degradation of freedom of expression in Morocco”.

The multiplication of criminal cases against activists, bloggers, human rights defenders or simple users of social networks “uses the same instrument with which journalists are repressed: the Penal Code”, agree Raissouni and Ryadi. In 2016, when Morocco eliminated prison sentences from the Press Code, points out the spokesperson for the Support Committee for Imprisoned Journalists in Morocco, “it was said that journalists were no longer imprisoned and it was presented as a great step forward. The reality is that whistleblowers are still being imprisoned now, but under criminal law.”

Yabiladi, an independent Moroccan digital, summed up the situation in 2019 by emphasizing how, since 2016, “instead of immediately persecuting journalists for their writing, they are attacked much later through the articles of the Penal Code.” Among these accusations, emphasizes the activist Ryadi, “the fashion of accusing journalists of crimes related to morality stands out.”

In Morocco, three journalists who distinguished themselves for their criticism of the regime are jailed for serious sexual offenses that they categorically deny. Two of them are Taoufik Bouachrine, director of the independent daily Ajbar al Yaum, sentenced to 15 years in prison for rape and human trafficking, and Suleimán Raissouni, editor-in-chief of the same newspaper, found guilty of sexually assaulting a young man and sentenced to five years in prison. In March, that critical Arabic-language daily closed. The publishing company linked the disappearance of the medium with the imprisonment of its director, a situation that it defined as “an ordeal.”

The third of these journalists is Omar Radi, an independent professional sentenced to 6 years in prison, also for rape, in addition to espionage and “attack on state security.” These three charges of radically different nature were tried and sentenced together.

“In none of these cases there was evidence, but with an accusation of a sexual crime, several birds are killed with one stone,” Khadija Ryadi emphasizes. On the one hand, “the reputation of the journalist is undermined, on the other, time is gained, since international organizations are logically reluctant to raise their voices for someone against whom such serious charges have been filed,” he emphasizes, and concludes: “Morocco is increasingly a police state, in which Justice is an instrument of repression.”

The temptation of the European enemy: Johnson shakes up Brexit to regroup forces after the humiliating motion of no confidence | International

Anatoli Chubais: Putin’s first senior official resigns over his disagreement against the war in Ukraine | International

Journalist Pedro Pablo Kumul murdered, the seventeenth crime against the press in Mexico this year
1 week ago

Journalist Pedro Pablo Kumul murdered, the seventeenth crime against the press in Mexico this year

Biden goes to vote and maintains that those who deny the electoral results generate violence | International
October 30, 2022

Verónica Alcocer: The Construction of a First Lady | International
March 11, 2022

Verónica Alcocer: The Construction of a First Lady | International

The Argentine crisis questions the power capacity of Peronism
July 11, 2022

The Argentine crisis questions the power capacity of Peronism

Guillermo Lasso saves a vote on his impeachment as president of Ecuador | International
June 29, 2022

G-20 Summit: Biden and Xi meet amid escalation of tension between the two superpowers | International
3 weeks ago

G-20 Summit: Biden and Xi meet amid escalation of tension between the two superpowers | International

Andrés Allamand: “The progressive turn in Latin America facilitates the relationship with Europe; it would be absurd to deny it” | Economy
2 weeks ago

Andrés Allamand: “The progressive turn in Latin America facilitates the relationship with Europe; it would be absurd to deny it” | Economy