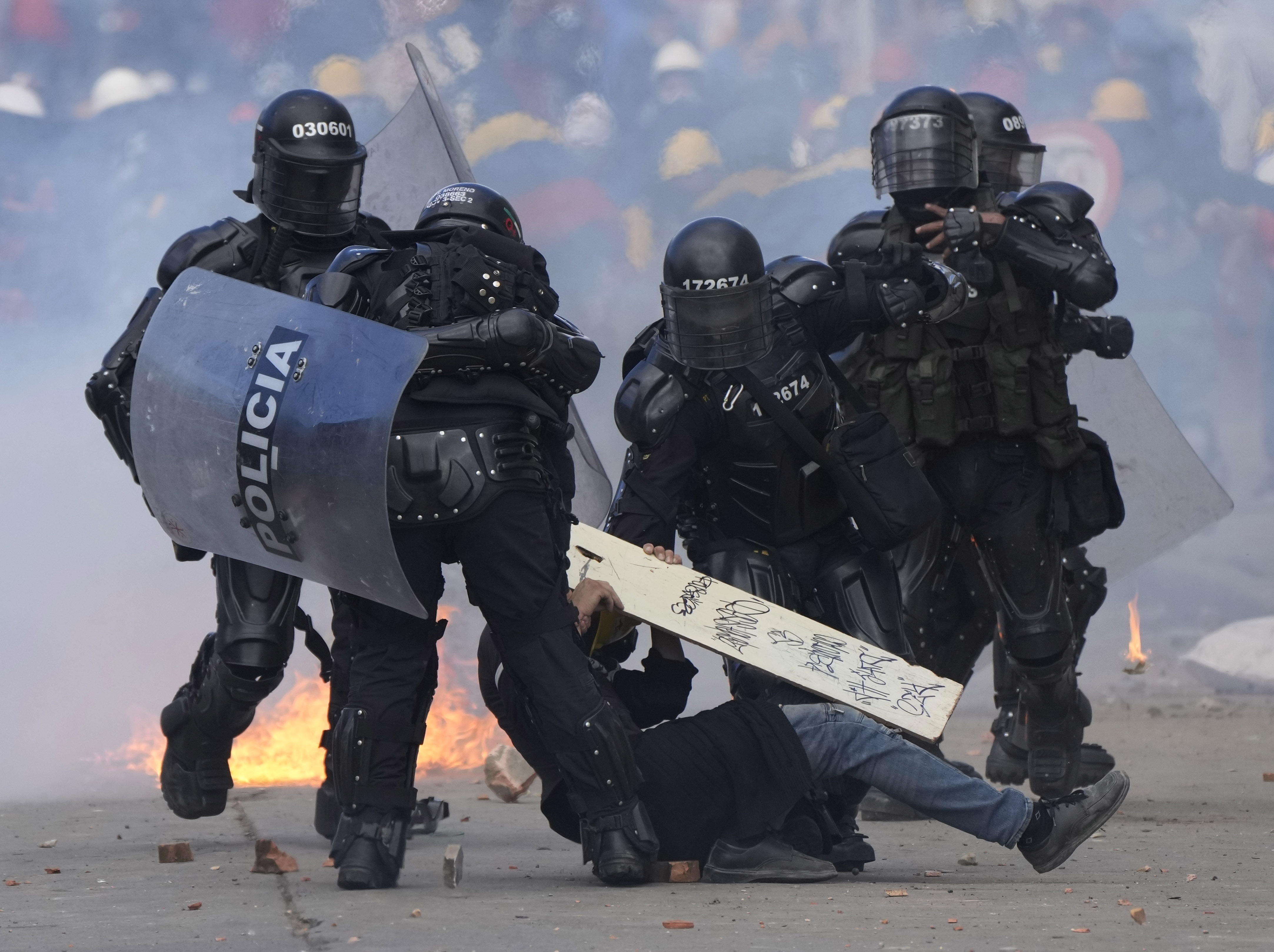 Colombia entered just a year ago in a period of catharsis from which it has not yet fully awakened. The social unrest that mobilized millions of citizens throughout the country and that increased with the response of the police forces, which left dozens dead, remains latent and is a fundamental aspect in the electoral campaign for the presidency that faces the candidate of the left and favourite, Gustavo Petro, with the conservative Federico ‘Fico’ Gutiérrez and the centrist Sergio Fajardo. Each one tries to channel in their own way the discontent generated by that unexpected outbreak of a nation in need of profound reforms that address inequality and lack of opportunities.

According to social organizations, the protests left more than 80 deaths. A UN investigation into the National Strike registered at least 63 in the context of these mobilizations, of which it was able to verify 46 (44 civilians and two policemen) and held police officers responsible for 28 of them. A year later, while in the main cities of the country there are demonstrations called for the anniversary, most of the families continue to seek justice.

It all started with a demonstration against the tax reform proposed by President Iván Duque at the time. Public spending had been overwhelmed by the pandemic and needed to tax basic necessities that until then had been exempt. The experts defended the adjustment as a necessary measure to balance the State’s accounts and to be able to maintain social programs for the poorest. The street did not understand it that way. After a strict confinement due to the virus, unemployment and hunger problems, the public did not take the tax increase well and paralyzed the country.

The intensity of the protests was gradual. During the first three days, people took to the streets, but there was no feeling that it could overflow. Duque remained firm to push forward in Congress a reform that he considered vital for the future. His political allies told him it wasn’t a bad idea, but it wasn’t the time. He could face the fury of a disgruntled people. During the day, the marches were peaceful and at night clashes with the police began to be recorded. Vandalism also entered the scene burning bank headquarters, buses and institutional buildings. The response of the agents was brutal.

On the fourth day, Colombia woke up to the images of police repression. In them it was clearly seen how some protesters were killed. That lit a fuse that would not go out for months, and whose consequences still prevail today. The protests multiplied in places throughout the territory. Bogotá, the capital, was not necessarily the epicenter. Entire regions were cut off by land and air. In others, life was relatively normal. The Colombian orography means that very different realities coexist in the country. Bogotá, to give an example, lived for decades on the fringes of the war that was being waged in the countryside between the army, the guerrillas and the paramilitaries, as if that were happening on another planet. The phenomenon can be extrapolated to what happened during the protests.

Cali was the city where the social explosion had the most brilliance. Teenagers from poor neighborhoods erected barricades to prevent the entry of the police and the army. They defended themselves with traffic signs as a shield and made Molotov cocktails with manuals they found on YouTube. They called themselves the Front Line, the first to enter combat. They weren’t disgusted by dying heroically, after all, life didn’t offer them anything better. Cali is the city of salsa and rumba, but also of drug trafficking, inequality and life without a future for young people without fortune. They are doomed to replicate the miserable life of their parents. Only a few manage to escape that fate. Cali lived for weeks in the midst of chaos. The authorities were unable to control the situation. The videos in which the agents shot unarmed boys did not calm things down.

Duque withdrew the reform and dropped his economy minister. None of that tempered the situation. Quite simply, as the weeks passed, people returned to their daily routine. The state of siege could not be permanent. A year later, Duque’s popularity is very low. He came to the Government as a young technocrat – the youngest president in history – who knew how to attract those dissatisfied with the peace agreement. He will leave in August after a highly controversial term.

Those who are yet to come have the task of redirecting the situation and putting Colombia on the path of the Constitution that it signed in 1991, a progressive document full of good intentions that have not yet been put into practice. Petro, in principle, starts as the favorite. His speech seems to have connected better with the outraged, those who are fed up with everything always being the same. Fico represents a moderate right, similar to Duque’s, but perhaps that is his weak point, carrying the banner of continuity. Fajardo, the most focused of all, has not finished gaining strength in the polls, despite the fact that he dedicates a good part of his campaign to responding to the problems that caused the outbreak. He whoever he is, he will pilot a different country than a year ago, before the protests. That explosion of rage changed the consciousness of Colombia forever.

Democracies on the defensive | Opinion

Leiner Montero and Dilia Contreras: Two journalists shot to death on their way back from coverage in Colombia

The Venezuelan government and the opposition agree to unfreeze between 3,000 and 5,000 million state funds abroad
56 mins ago

Most of the Eurosceptics of the Conservative Party who supported Johnson decide to turn their backs on him | International
October 23, 2022

Ukraine and Russia achieve the first advances in the negotiation to unblock the Ukrainian grain | International
July 13, 2022

Serious disturbances in the center of Bogotá after the aggression of a group of indigenous people against the police
October 20, 2022

China puts more than two million people under the radar of the crackdown in Xinjiang | International
May 25, 2022

From hope to fear: Europe during the reign of Elizabeth II | International
September 11, 2022

From hope to fear: Europe during the reign of Elizabeth II | International

The duel for Elizabeth II paralyzes the political tension in the United Kingdom | International
September 12, 2022