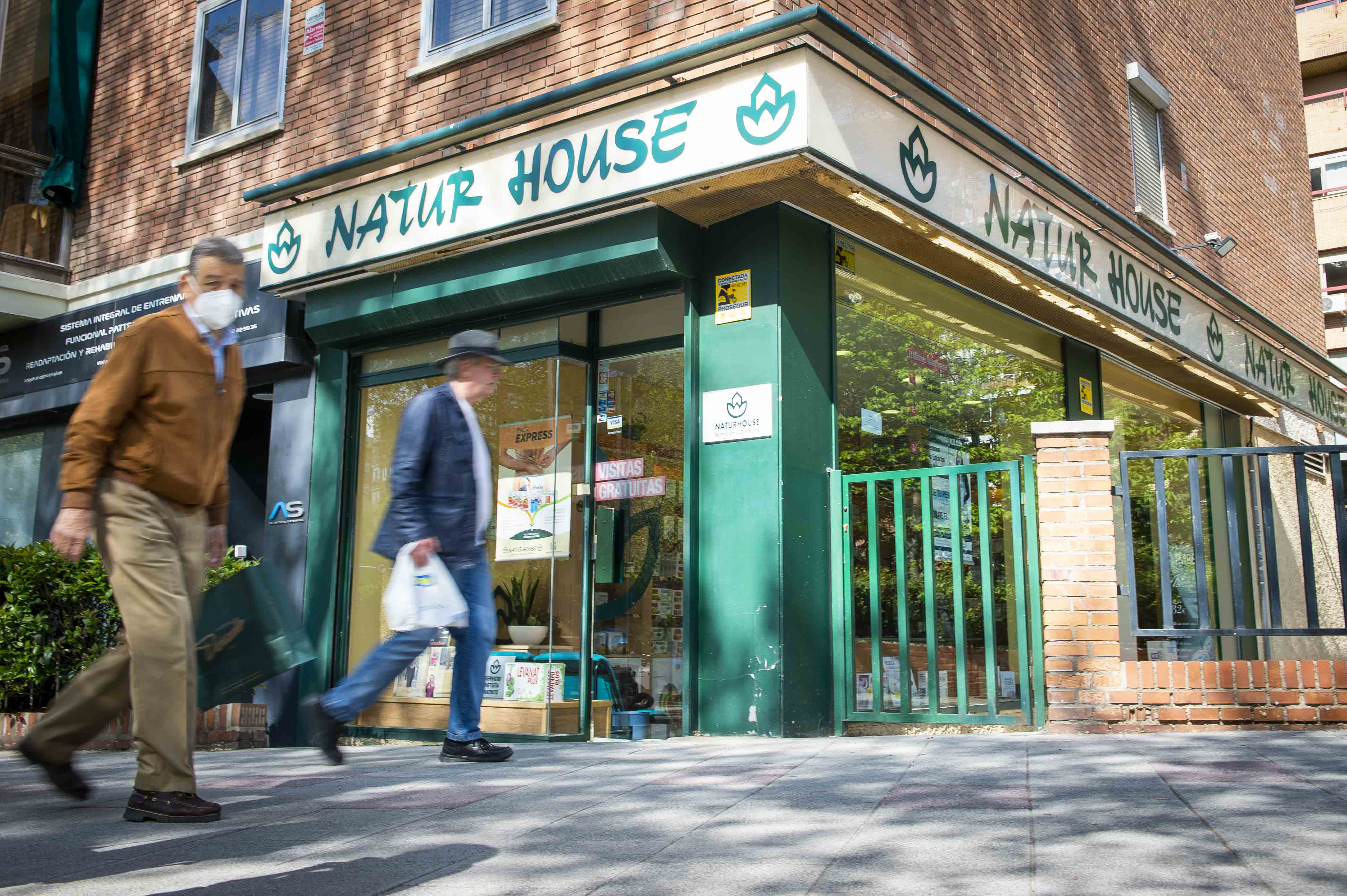 Naturhouse faces the greatest challenge in its three decades of life. The brand that revolutionized the diet market in Spain has hardly changed since it quickly established itself in the 1990s as a reference for those who wanted to lose weight. But the emergence of competitors and new consumption habits are questioning its position, which is why it has chosen to change its strategy, with cost reduction and the development of the digital channel as its two biggest bets. It does so with the certainty that its wickers are robust. “Fifteen million people have trusted us and, in another order of things, we have just recovered the pre-pandemic level of benefits,” says its president, the Riojan businessman Félix Revuelta, in the central Madrid offices of the brand.

The chain opened its first store in 1992 and grew like wildfire from 1997, when it launched its first franchises. Hundreds of professionals who worked as employees, dieticians or not, were convinced that a proposal that aspired to combat overweight by promoting a change in eating habits and the intake of nutritional supplements of their own design was a lucrative business. And it was, at least for a while. “We created demand, we were successful and, of course, now we are measured by what we were in that first stage,” says Revuelta, explaining that his space has been shrinking. In Spain they came to have 1,700 stores, a figure very close to the 1,686 points of sale that today add up to 30 markets.

All in all, the businessman assures that the chain maintains an “enviable” position in the sector. In 2021, Naturhouse had a turnover of 57.6 million euros, 4.5% more than in 2020, which allowed it to begin to alleviate the strong setback caused by the pandemic, which caused it to leave 26.5 million euros in one year, 32.5% of its turnover. “We work largely with associates coming out of our own stores [109 locales, el 6,5% de la red] and that little entrepreneur has suffered a lot during this period”, justifies Revuelta timidly, who at 75 years of age runs the company together with the youngest of his two sons, Kilian, 41.

Actually, to recover sales you need more than finding good partners for the premises. In fact, Revuelta himself states that in the markets in which they have a greater presence —Spain, with 404 stores; France, with 402; Italy, with 393; and Poland, with 203—what they are most concerned about is extending digital sales, which in these four countries were not launched until 2020. “Surely my age has influenced the delay in developing the digital channel, but the resistance of some franchisees was immense. They thought we wanted to compete with them”, he maintains, and assures that, however, “each one has exclusive online sales in their geographical area”. In exchange, yes, for a canon in the royalties. The results are already noticeable: “In 2021, 6% of our total sales were digital. And this year we will reach 10%”.

Boosting online commerce is key to guaranteeing the viability of franchises, halting the loss of spaces —500 in two years— and maintaining profits, a chapter in which Naturhouse recovers better than in income. “We have optimized all the media”, says Revuelta laconically to explain that difference. The firm closed 2021 with an EBITDA of 20.5 million, 18% more than in 2020, and its net result was 13.7 million, 42.5% more, which allowed it to exceed even the pre-pandemic figure (13 ,4 millions).

Another argument that the company puts forward to justify that they maintain a good muscle is that they continue to “adequately” reward the shareholder. “With the action at two euros, we have just distributed 12 million [de dividendo final de 2021] at 0.2 euros per share”, says Revuelta. However, the title of the company, which placed 27.5% of its capital on the stock market in 2015, has fallen by 63% since 2016, when it reached 5.50 euros.

Along with gaining digital share, another old goal is entry into the US. In clear decline in European markets, the company has been seeking for years to gain a foothold in a country where 150 million people suffer from obesity. In fact, the original plan of the Revueltas included operating there also with other companies of the Kiluva group, the parent company of the family consortium, with real estate interests, in wineries and in hotels, among others. But Naturhouse is currently only present in Hollywood and its American dream has not been fulfilled.

The main problem is that they have not yet found a way to produce there. “Importing from Europe is not an option; the price would be very high and we wouldn’t be able to compete”, says Revuelta, and explains that they tried to make a purchase in the sector, such as the medium-sized Vitamin World, but the operation did not work out. Now they want to acquire land and build their own factory, and they believe that, if they succeed, they could open up to Latin American markets.

The insistence on the US is justified in that it is a market “that meets all the conditions”. Revuelta exposes it in all its crudeness: “It is a place where the workers know that, if they get sick, they may not get paid; where the drugs that could prevent it are also very expensive… What is left then? Launch to take vitamins”. In addition, the cost of living is, the businessman believes, “affordable” in large areas of the country, which limits risk and favors self-employment, which they claim to promote. “Where the situation is the opposite, it is difficult for us to enter. High salaries and high rents make it difficult for our partners to succeed,” he concedes.

Precisely to deepen this model, they have reduced the personnel necessary to launch the franchise. The most dependent nutritionist binomial that they offered can now be limited to a single dietician. This is one of the few changes in a business that, beyond the recent digital adventure and occasional conflicts with professional associations that criticized its “miracle diets”, is characterized by stability. Naturhouse produces in plants in Poland and Spain, its catalog of 200 references has hardly changed in three decades and it neither distributes third-party products nor seeks to sell outside its network. A system in which Revuelta, despite the new scenario, continues to trust. “The best time for dietetics has not passed, as some announced, nor is it necessary to innovate a lot to do business. Only what is fair”, he sums up.

The fire that started 3 days ago in Osmaniye is being intervened by land.

How will Fenerbahce be first? UEFA Europa League Group B standings! How does Fenerbahce finish as a leader and leave the group?

The war intensifies in Mali due to the French withdrawal | International
April 1, 2022

Shooting: An arms embargo from Spain to the United States? | Spain
June 2, 2022

Shooting: An arms embargo from Spain to the United States? | Spain

Growing unrest over mobilization of recruits in Russia leads to shooting at recruiting center | International
September 26, 2022

Simon Coveney: Ireland’s Foreign Minister: “There is a large majority who would like reunification in the future, but we must not rush” | International
May 17, 2022

Electric power: Argentina and Paraguay strengthen their relations to boost the Yacyretá hydroelectric plant
May 31, 2022

USA accuses Russia of increasing by “40 or 50 million” the number of people affected by the world food crisis | International
June 24, 2022