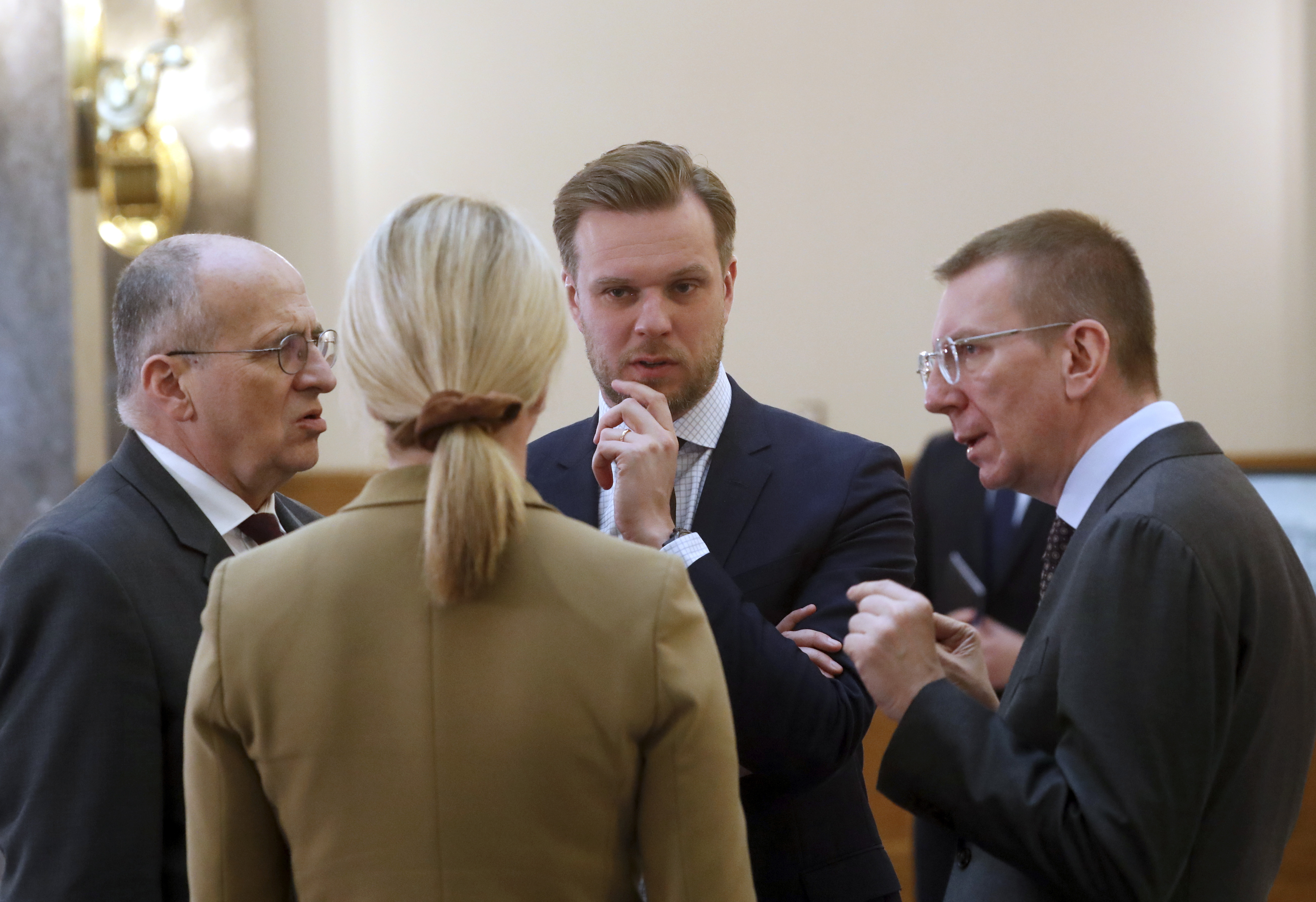 The Baltic countries (Lithuania, Latvia and Estonia) and Poland believe that instability in Eastern Europe due to Russia’s invasion of Ukraine requires changes in NATO’s defense policy. At a meeting held this Friday in Riga, the foreign ministers of the four countries discussed the need to “strengthen and expand the permanent presence of the NATO force on the eastern flank of the Alliance”, according to a statement from the Latvian Ministry. The heads of diplomacy in the region will request this reinforcement at the summit to be held in Madrid next June. The neighbor they feel threatened by, Russia, may in turn see the move as a threat to its security.

In an appearance before the press by Minister Edgars Rinkēvičs, together with his counterparts, the Latvian stated: “Changes in the current security situation in our region require a change in NATO’s deterrence and defense policy.” “We want a permanent NATO presence in the Baltic States and Poland so that we can resist any threat from Russia and Belarus and protect every inch of our territory,” he added.

Before Russia’s illegal annexation of Crimea in 2014, NATO says it had no intention of deploying troops on the Alliance’s eastern flank. At the Warsaw summit in 2016, the organization nevertheless decided strengthen your presence and in 2017 it created four battle groups in the Baltic countries and Poland. In order not to contravene the agreements with Russia, the member countries of NATO sought a formula so that the presence would not be permanent, but rather rotating.

The request that the Baltic countries and Poland plan to make in June, reminiscent of the one they already issued in 2015, comes at a time of high tension in relations between Moscow and the Alliance. Russia has even threatened to deploy nuclear weapons near the Baltic if Sweden and Finland join NATO.

Latvian Defense Minister Artis Pabriks recently announced that they are looking for a location that could host a second international military base to expand NATO’s presence if it is approved. There is now a special NATO battalion of 1,500 soldiers, recently reinforced with 750 Danish soldiers, at Latvia’s largest military base north of Riga.

Rinkēvičs, along with her counterparts Eva-Maria Liimets, from Estonia; Gabrielius Landsbergis, from Lithuania; and Zbigniew Rau, from Poland, also discussed this morning how to help Ukraine and agreed on the need to continue sending weapons. They also believed that the sanctions regime against Russia should also be strengthened with more restrictive measures in the energy sector. In this area, they once again showed their determination to continue cooperating to achieve the independence of Russian energy sources.

Abortion, decisive for the Democrats to retain the Senate in Nevada | International

The United Kingdom begins the festivities for the 70 years of Elizabeth II on the throne | International
June 2, 2022

Caro Quintero, the old capo who revolutionized the world of marijuana
July 17, 2022

Caro Quintero, the old capo who revolutionized the world of marijuana

Ukraine gets used to living with war | International
May 30, 2022