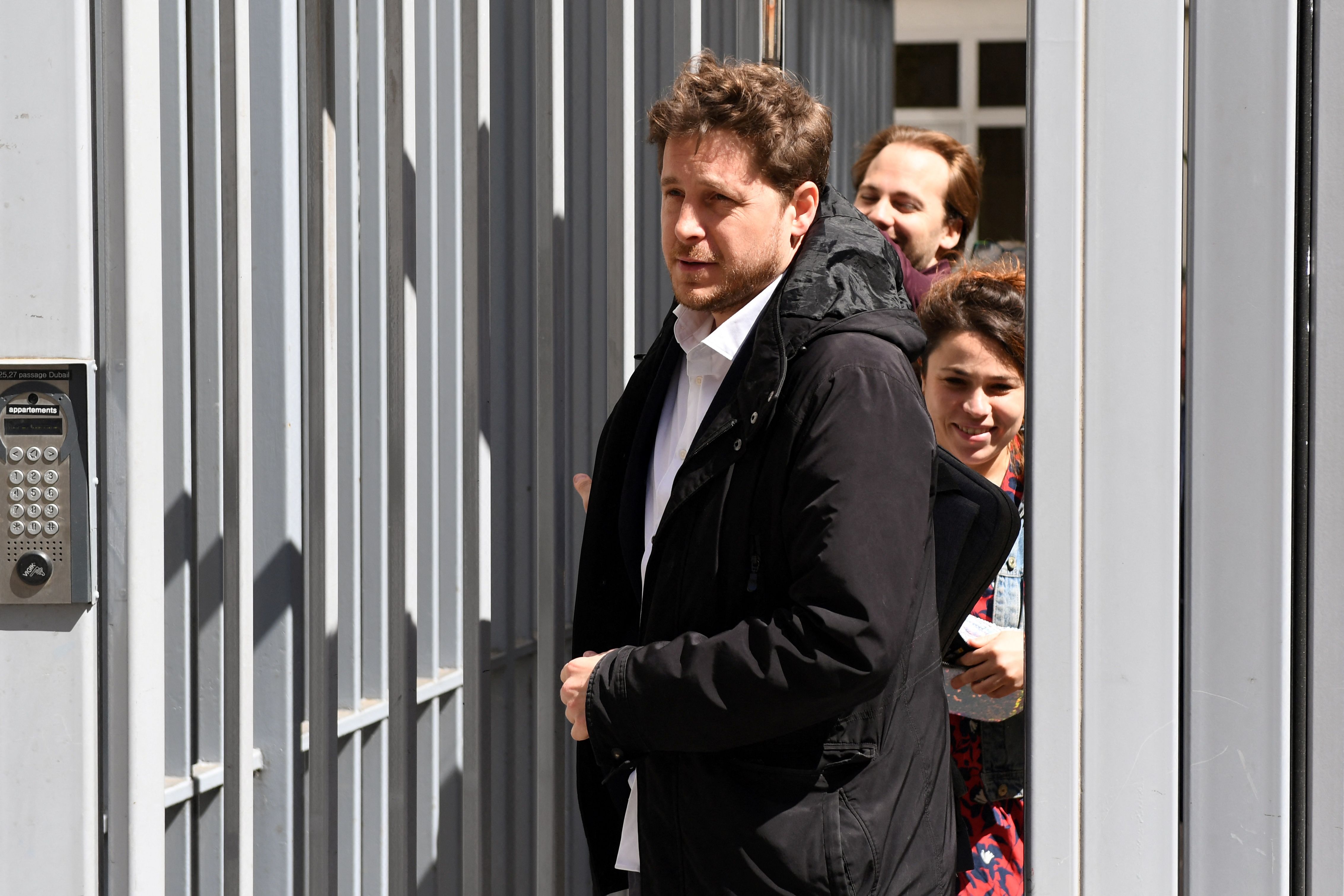 The pact between France’s leftist parties to run together in the legislative elections in June is beginning to take shape: environmentalists confirmed on Monday that they have reached an agreement with Jean-Luc Mélenchon’s leftist France Insumisa after days of intense negotiations and multiple obstacles. Shortly after the announcement of the “historic” agreement, according to both parties, the communists assured their willingness to join, while the socialists (PS), despite their deep internal divisions, also resumed talks.

Proof of the imminence of the agreement with the Socialists, the biggest challenge to be able to speak of a broad pact of the left, is the fact that the first secretary of the PS, Olivier Faure, went to the headquarters of Francia Insumisa on Monday afternoon to participate, for the first time, in the negotiations.

“We are not only looking for an agreement to resist what the Government does [de Emmanuel Macron], but an agreement that allows us to win a majority” in the legislative elections, declared Faure. “We discussed seriously, point by point, and I have come to remind you what our demands are. Adventure can be extraordinary and it can change people’s lives,” he asserted. Faure has a mandate from the National Socialist Committee, which gave the go-ahead to the negotiations after the collapse in the first round of the presidential elections, in which the socialist candidate, Anne Hidalgo, only obtained 1.7% of the votes.

Despite this, there is a minority current, but historically and potentially very powerful, that is adamantly opposed to negotiating with the Mélenchonists. They are concerned, on the one hand, about losing their power in the National Assembly: unlike communists and ecologists, the socialists do currently have their own parliamentary group, thanks to the 28 deputies in their ranks (the minimum is 15). In addition, this sector of the Socialist Party, to which former president François Hollande and Faure’s predecessor, Jean-Christophe Cambadélis, but also senators such as Rachid Temal or powerful regional figures such as Carole Delga, are affiliated, are suspicious of the eurosceptic position of the Mélenchonists, that call for “disobeying” some European treaties.

However, the step taken before the PS by the ecologists, another group that has been reluctant until now and is openly pro-European —they carry it in their name, Europa-Ecología Los Verdes (EELV)— should pave the way for a pact that, despite frictions in European affairs, seeks above all to be able to influence France’s internal politics.

“Founding country of the European Union, France cannot have as a policy neither the exit from the Union, nor its disintegration, nor the end of the single currency”, environmentalists and Mélenchonists underline in their statement. However, they add, “although some European rules are a point of support (consumer protection, environmental standards…), many others are out of date or even contradict the imperatives of ecological and social emergency”. Therefore, they declare themselves “willing to disobey certain European rules (particularly economic and budgetary, such as the stability and growth pact, competition law, productivist and neoliberal guidelines of the Common Agricultural Policy, etc.)”.

The two signatories justify this change of position -until a few days ago, the EELV national secretary, Julien Bayou, said that they would not accept questioning the EU- alleging that they will not be “neither the first nor the last” to question some European principles , and they cite Spain in terms of energy prices, Germany regarding the competition of drinking water companies or Portugal in relation to economic and budgetary aspects.

“We are pro-European, federalists, there is no ambiguity there,” Bayou said Monday on BFM TV station. “Are we satisfied with the current functioning of Europe? The answer is no. Do we want to reorient Europe? The answer is yes”, explained the leader, author of a book titled, precisely, Let’s disobey to save Europe.

The left-wing platform already has a name: New Popular Ecological and Social Union (NUPES). The “historic” agreement, according to Mélenchonists and environmentalists, was closed during the early hours of Monday, after the veiled ultimatum that Mélenchon gave at the May 1 demonstration, when he said that he was not willing to lend himself to an “endless comedy” of negotiations. .

With almost 22% of the votes obtained in the first round of the presidential elections, well ahead of the other leftist formations, the leader of Francia Insumisa is the nucleus around which discussions are held with the other leftist formations to present a common front and achieve a majority in the 577-seat National Assembly. A front that aims to prevent “Macron from continuing his unjust and brutal policy” and also “defeat the extreme right”, according to the joint statement.

Minimum salary of 1,400 euros and retirement at 60 years

For it, the greens —and predictably socialists and communists— assume the Mélenchonist program the demand to raise the minimum wage to 1,400 euros net, the return to retirement at 60 years (until now they maintained the current 62) and the “blocking of prices of basic necessities”, among other proposals. They also say “favorable” to the establishment of the VI Republic, Mélenchon’s key programmatic point, to “end presidentialism and introduce new rights, especially the citizen initiative referendum.”

The extension of the talks with the Socialists has led to the delay until the evening of the meeting with the Communists, which is expected to be less arduous than with the formation that, until five years ago, was in the Government under the guidance of Hollande.

Speaking to the France Inter radio station, the communist presidential candidate, Fabien Roussel, expressed optimism in the face of an imminent pact, for which he said he was willing to “leave aside” the issue of nuclear energy that he supported during the campaign. election, moving away from the position of most of the left.

“I see the extreme right divided, I see En Marcha [el partido de Macron], split right. We have the possibility to unite in an ambitious program”, declared Roussel.

The intensification of the negotiations has a declared objective: to be able to announce the first great pact of the left in years this May 3. The date would be highly symbolic, since it commemorates the victory, in 1936, of the leftist forces gathered under the name of the Popular Front in the legislative elections that gave him the key to power with the election of the socialist Léon Blum as head of the Government. Exactly 86 years later, it is Mélenchon, leader of the radical left, who is seeking a parliamentary majority with the support of other leftist forces in order to be appointed prime minister and thus act as a counterweight to Emmanuel Macron, recently re-elected president, in what which would be the first government of cohabitation since 2002.

Check Also
Close
Pedro Castillo: a year and a half adrift in Peru | International
4 mins ago

Vacancy: The Peruvian military turned its back on Castillo | International
25 mins ago

The illegal slaughter of millions of minks, the controversial decision that precipitated the elections this Tuesday in Denmark | International

The keys to the battle for Gaza, an uninhabitable territory | International
August 6, 2022

The keys to the battle for Gaza, an uninhabitable territory | International

Protests in Iran over the death of Mahsa Amini, in pictures
September 20, 2022

Protests in Iran over the death of Mahsa Amini, in pictures

Spain manages to include the Canarian route in the new European refugee distribution system | International
June 12, 2022

The EU plans to cut the purchase of Russian gas if Putin’s offensive in Ukraine continues | International
March 18, 2022