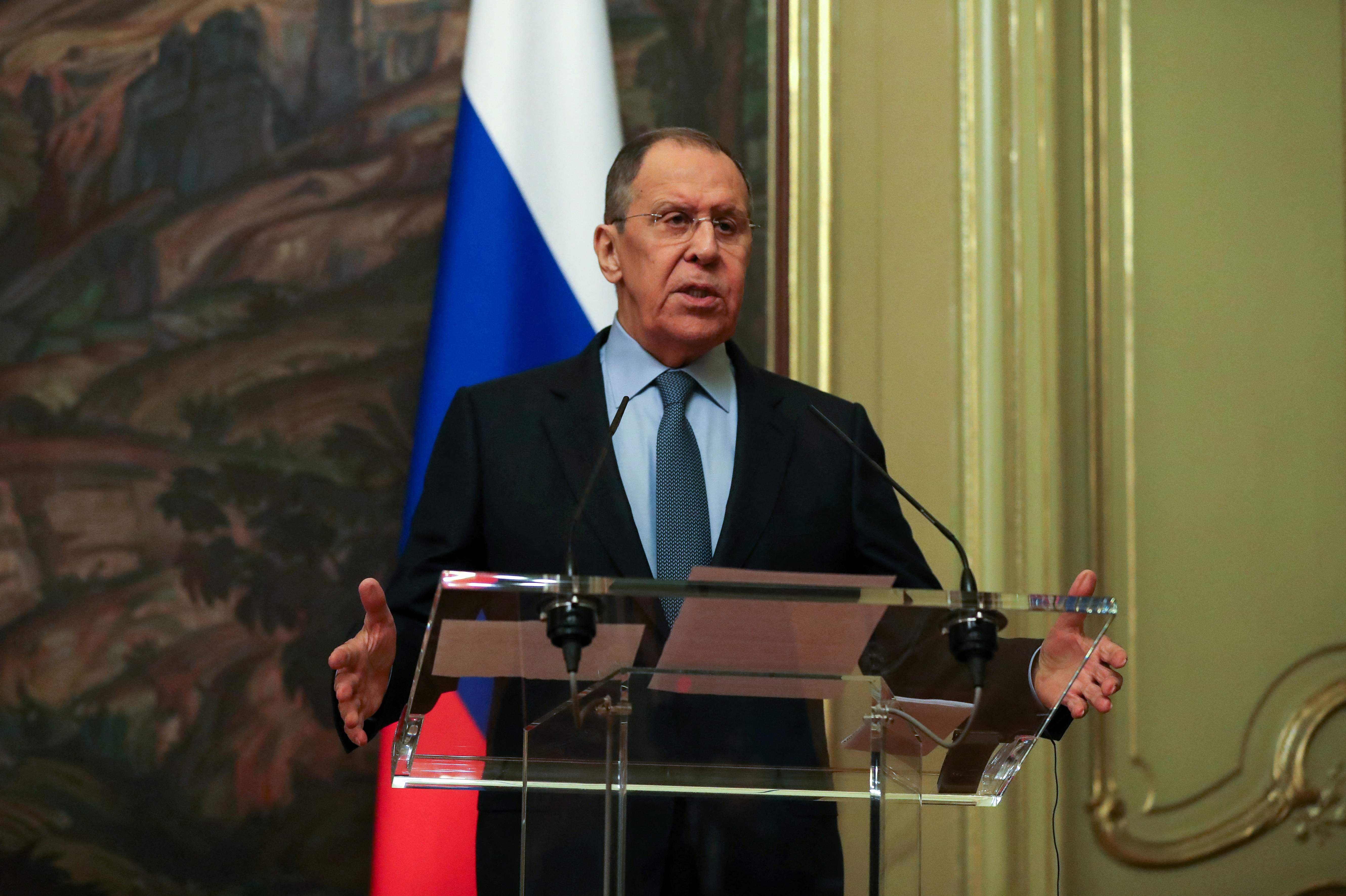 Israel bluntly charged Russian Foreign Minister Sergei Lavrov on Monday for comparing Ukrainian President Volodymyr Zelensky to Adolf Hitler by claiming that the Nazi dictator also had Jewish blood. Following his comments, Tel Aviv has summoned the Russian ambassador to Israel, Anatoli Viktorov, for explanations, in the latest sign of growing friction between the two countries since the start of the Russian invasion of Ukraine in late February.

Lavrov launched the comments of the controversy during an interview with the Italian television channel Rete 4. When the interviewer recalled the Jewish roots of the Ukrainian president, Volodymyr Zelensky, to refute the Kremlin’s propaganda about the alleged need to denazify Ukraine as a pretext to justify the invasion of the country, the Russian minister replied: “Hitler also had Jewish origins, so it means absolutely nothing.” “For a long time we have heard Jewish scholars say that the greatest anti-Semites are precisely the Jews,” added Lavrov, a phrase that ended up making things worse.

Responding to Lavrov’s comments, Israel’s Prime Minister, Naftali Bennett, declared this Monday through a message on his Twitter profile that “the goal of such lies is to accuse the Jews themselves of the most horrible crimes in history, which were perpetrated against them.” Bennett also demanded that the use of the Holocaust as a political tool immediately cease.

Israeli Foreign Minister Yair Lapid branded the statement by the Russian diplomat as “unforgivable, outrageous and a terrible historical mistake”, and considered that “the lowest level of racism against Jews is to accuse them of anti-Semitism”. The ministry led by Lapid reported in a statement who has summoned Viktorov, the Russian ambassador to Israel, to express his anger at the statements and ask for explanations.

In the early stages of the Russian invasion of Ukraine, Tel Aviv avoided clearly siding with either side, in an attempt to maintain ties with both kyiv and Moscow. Since then, however, the relationship with the Kremlin has become strained. Israel has repeatedly expressed its support for Ukraine, has sent humanitarian and defensive material to the country, and has accused Russia of committing war crimes.

The director of Yad Vashem —Israel’s Holocaust museum—, Dani Dayan, also reprobate Lavrov’s comments on Monday, calling them “absurd, dangerous and deserving of all condemnation” and “turning victims into criminals on the basis of promoting the completely unfounded claim that Hitler was of Jewish descent.” Dayan also considered serious “calling the Ukrainians in general and President Zelensky in particular Nazis”, alleging that it is a “complete distortion of history and a serious affront to the victims of Nazism”. Israel celebrated National Holocaust Remembrance Day just last week.

Other members of the Israeli government have joined the criticism of Lavrov, who is blamed for echoing widely discredited theories and which are part of a discourse that minimizes the importance of the Holocaust; They have asked him to retract. Mikhailo Podoliak, adviser to the Presidency of Ukraine, has affirmed that the minister’s statements “are proof that Russia is a successor to Nazi ideology” and that he “simply seeks arguments” to justify the war.

In March, Zelensky was also criticized by some Israeli politicians and institutions after making a speech before the country’s Parliament in which he drew a comparison between the Russian invasion and the extermination of the Jews in World War II. Then, the country’s authorities showed their anger at the use of the Holocaust in the context of the war in Ukraine with statements that they consider inaccurate and irresponsible and that lead, in their opinion, to the trivialization and distortion of history.

Esplanade of the Jerusalem Mosques: At least three dead in a new attack in Israel | International

Check Also
Close
Pedro Castillo: a year and a half adrift in Peru | International
2 hours ago

War in Ukraine: Russia lowers its military objectives and announces that it will focus on Donbas | International

Last minute of the war, live | The Ukrainian Prosecutor’s Office denounces that more than 360 children have died since the beginning of the invasion | International
August 13, 2022

Last minute of the war, live | The Ukrainian Prosecutor’s Office denounces that more than 360 children have died since the beginning of the invasion | International

The European People’s Party blesses the alliance with the extreme right in Italy | International
August 30, 2022

Hijab: The Muslim veil bursts into the electoral campaign in France | International
April 19, 2022

Hijab: The Muslim veil bursts into the electoral campaign in France | International

Exhumation in the hell of Izium | International
September 18, 2022

Exhumation in the hell of Izium | International

Pegasus: Governments around the world have ordered internal searches for the threat of Pegasus | International
May 2, 2022

Pegasus: Governments around the world have ordered internal searches for the threat of Pegasus | International

The co-leader of the German SPD: “A strong EU with social democratic values ​​is the best guarantee of peace, freedom and justice” | International
June 20, 2022

Argentina declares the death of 500 indigenous people in the Napalpí massacre a “crime against humanity”
May 20, 2022