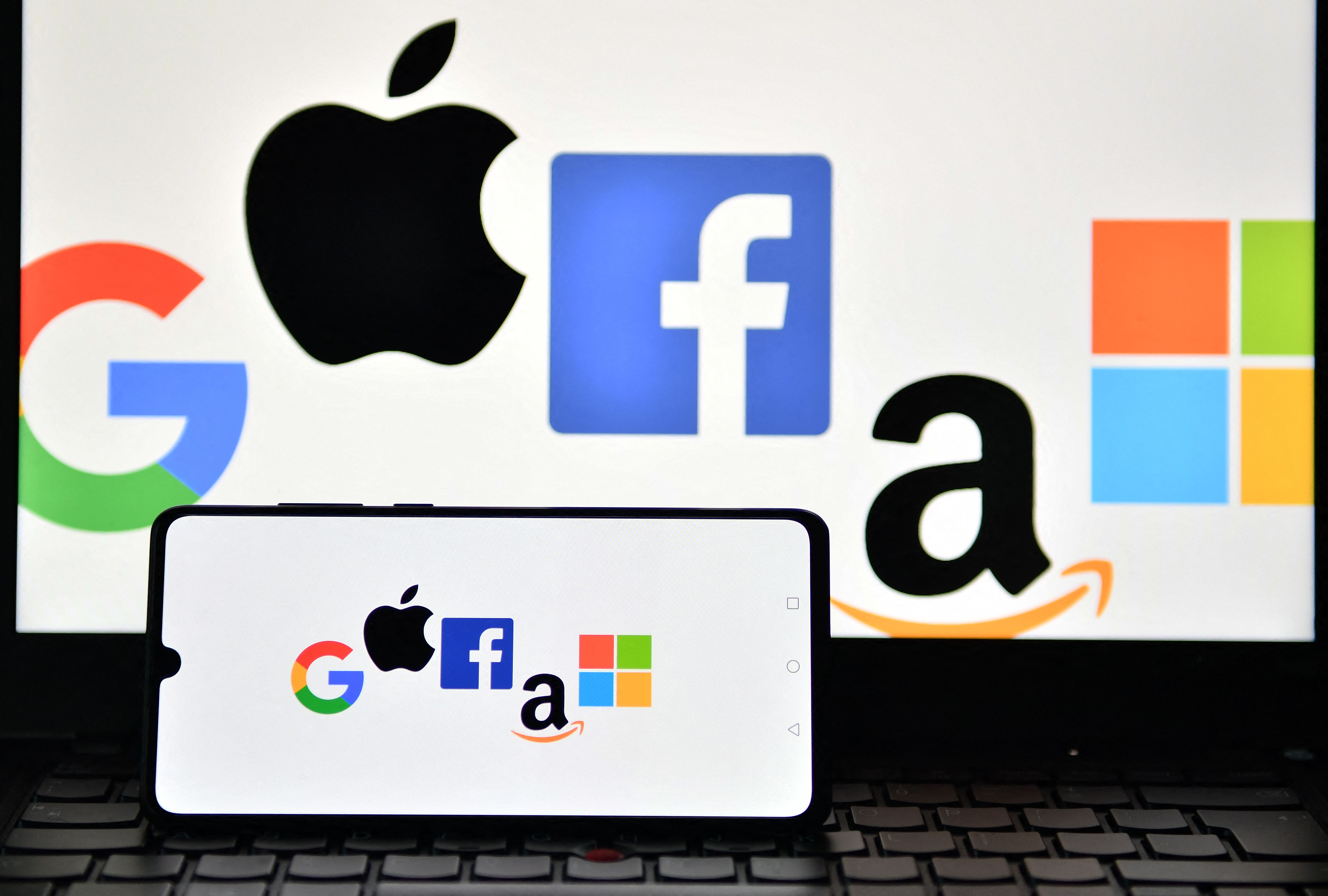 US tech giants are not immune to the economic effects of the Ukraine war, inflation, supply chain problems and shrinking advertisers’ advertising budgets. Although the quarterly results presented last week have been saved with increases in income in all cases, the growth prospects they had at the beginning of the year with the end of the pandemic have been greatly overshadowed, which has caused a strong punishment in Bag.

The epitome of this debacle has been Netflix, which has lost almost 70% of its value so far this year, after revealing last week that it lost 200,000 users in the last quarter. But the other flagship tech companies are also suffering. Since the start of 2022, Apple has lost 11.8%; Microsoft has lost 15% of its value; Alphabet (Google’s parent company) has yielded 20%; Amazon has left 26% of its capitalization, although the one that has behaved worst has been Facebook, which has collapsed 40%. Only Twitter has held up, with a revaluation of 16%, but only attributable to Elon Musk’s offer for the social network for 42,000 million euros.

The quarterly results of the technological giants presented last week have accentuated in almost all cases this stock market punishment. While all firms saw revenue rise, earnings fell for Facebook, Google and Amazon (the latter posting losses) and, more importantly, disappointed analysts.

The causes of this destruction of value vary from case to case in companies that not only withstood the effects of the coronavirus, but also took advantage of the pandemic in unison to experience explosive growth. The most symptomatic case is that of Amazon, which registered red numbers of 3,844 million dollars (about 3,660 million euros at current exchange rates) during the first quarter of the year, and although its turnover increased by 7% compared to the same period from the previous year, it is the smallest increase that the e-commerce giant has registered in the last 20 years.

Meta, the parent company of Facebook, reduced its net profits by 21% to 7,465 million dollars (7,080 million euros) in the first quarter of the year, but curiously, investors rewarded it with a strong revaluation on the Stock Market, where it had lost the half of its value before the presentation of results. The cause of this apparent contradiction is that fears have dissipated that users have turned their backs on the social network, especially the youngest. After the first drop in its history in the number of users during the last quarter of 2021, Facebook accumulated 1.96 billion daily users between January and March of this year, 20 million more than expected by analysts and 31 million more compared to previous quarter.

Alphabet, parent company of Google, reduced its profit by 8.3% in the first quarter of 2022, to 16,436 million dollars (15,587 million euros), although it registered revenues of 68,011 million dollars, 23% more than in the previous quarters. first three months of last year. The withdrawal of its services from Russia after the invasion of Ukraine dented its European revenues, but it is the weakness of the advertising business after the recovery after the pandemic that is of greater concern in the future. For this reason, the company led by Sundar Pichai has put the emphasis on cloud infrastructure, which it wants to compete with Amazon and Microsoft to obtain income from companies that are moving workflows out of their own data centers.

Things are going better for Microsoft, which has announced net profits between July 2021 and March 2022 that are 25% higher than those of the same period of the previous year, and billed 146,405 million dollars, 25,000 million more than in March 2021 .

The Redmond, Washington-based software company has attributed the good results to the demand for cloud solutions, increased after the shift to remote work due to the outbreak of the pandemic. Both individuals and organizations turned to Microsoft products, such as Outlook and Teams, to establish remote communication and messaging channels, which has positioned the company as one of the great beneficiaries of the health emergency.

The global microchip crisis hasn’t shaken Apple’s accounts either. The Cupertino company obtained net profits of 59,640 million dollars, 14% more than in its first fiscal semester of 2022 the same period of the previous year. In its first half of 2022, Apple entered 221,223 million dollars, 10% above those invoiced in the same six months of the previous year, driven mainly by the massive sale of iPhones.

The convulsion on Twitter over the offer of the founder of Tesla, Elon Musk, is evident despite the fact that the performance of his business is still in question, In fact, last week he admitted that in the last two years he has erroneously counted the number of monetizable active daily users of the social network, overestimating its base by around 1.9 million accounts.

The results of the first quarter of 2022 are not significant, because although it multiplied by 7.5 times those of the previous year, to 513.3 million dollars (488 million euros), it was due to the sale of MoPub, its division of advertising for mobile applications, to the marketing software company AppLovin for 1,000 million euros. The income of the social network reached 1,200 million dollars (1,142 million euros) in the first three months of the year, 16% more.

Spain: The price of electricity will fall this Saturday to its lowest level since the start of the energy crisis thanks to the boost of wind power | Economy

Colombia Elections 2022: Petro sweeps and will face a strong right and a sunken center in the presidential elections | International
March 14, 2022

Colombia Elections 2022: Petro sweeps and will face a strong right and a sunken center in the presidential elections | International

When politicians choose their voters, and not the other way around: this is how gerrymandering works in the United States | International
4 weeks ago

Fire in the largest park in the Northeast, or fourth this year, raises suspicions about factions and real estate disputes | News
March 10, 2022

Fire in the largest park in the Northeast, or fourth this year, raises suspicions about factions and real estate disputes | News