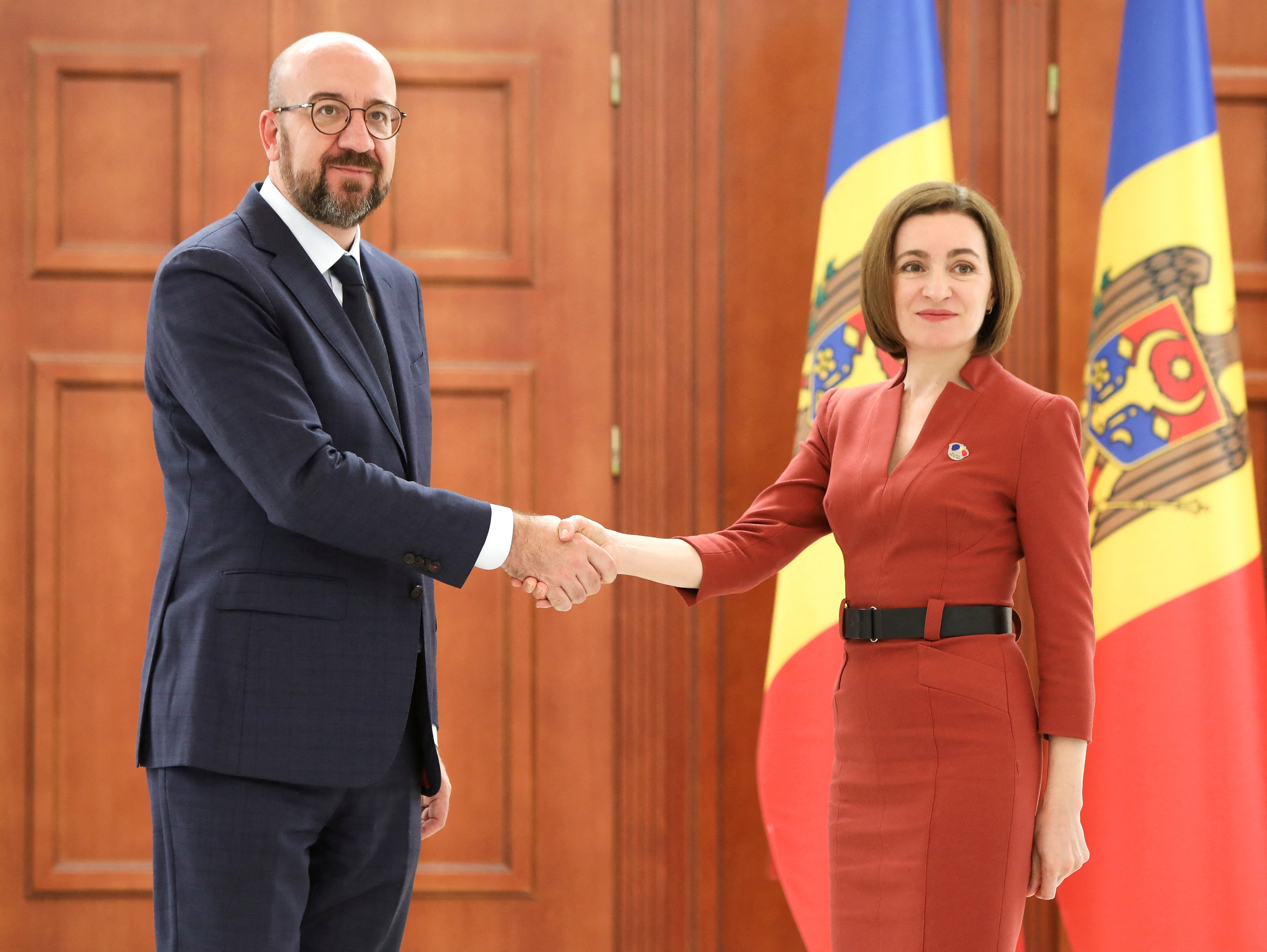 The European Union will offer military equipment to the Moldovan Armed Forces with the aim of increasing the stability, security and territorial integrity of Moldova, as well as logistical support to combat cyber attacks and disinformation, said this Wednesday the President of the European Council, Charles Michel, in the capital of this former Soviet republic, Chisinau.

“We are going to help Moldova to consolidate its resilience and face the effects of the crisis due to Russian aggression in Ukraine,” Michel said at a joint press conference with Moldova’s president, Maia Sandu. “Last year we announced a support of 7 million euros for equipment; this year, we plan to increase this amount”, continued the community representative, who specified that the EU will cooperate with this republic of just over two and a half million inhabitants in matters of cyber defense. Michel declined to give details of the aid, but noted that “it is extremely important to avoid any escalation.”

The community official mentioned that Transnistria, the pro-Russian enclave within the borders of Moldova that declared itself de facto independent in 1990, should not be used as a “Trojan horse” to “intensify tensions in the region.” For his part, Sandu stated that “there is no imminent danger” that Moldova will become involved in the war in Ukraine for the autonomous territory, embedded in the left bank of the Nistru River and Ukraine. “We do everything possible to deactivate any attempt to destabilize the region,” said the Moldovan head of state, before revealing that Chisinau has drawn up a contingency plan to deal with a critical situation. Last week’s explosions at a Security Ministry building, at a military unit near the town of Parcani, and at the television and radio towers in Grigoriopol have raised fears of an implosion in this Cold War tinderbox, to the point of now in a state of hibernation that has lasted more than 30 years.

Regarding the delivery to Brussels of the first part of the questionnaire for Moldova’s EU accession, Michel said that the announcement of the European Commission is expected at the end of June. Then he will decide when to apply to European leaders. “We are not looking for shortcuts or procedural concessions. But we want to give our citizens the future they deserve as soon as possible: in the family of European states,” Sandu said. The Moldovan Prime Minister, Natalia Gavrilita, delivered on April 22 to the EU Ambassador to Moldova, Janis Mažeiks, the first questionnaire to acquire the status of a candidate for membership of the community club.

The cap on Russian oil: one more blow to Moscow, but far from lethal | International
32 mins ago

The Johnson Government orders the extradition of Julian Assange to the United States | International
June 17, 2022

A conflict with their ambassadors further strains diplomatic relations between Spain and Nicaragua | International
March 11, 2022

Romania prepares a law that recovers the denunciation practices of the communist era | International
June 24, 2022

Trump plans to announce his 2024 presidential bid on Nov. 15 at Mar-a-Lago | International
4 weeks ago

Trump plans to announce his 2024 presidential bid on Nov. 15 at Mar-a-Lago | International

The shadow of austerity sparks another Conservative revolt against Liz Truss | International
October 4, 2022

Expectations of a border reopening are dammed in Cúcuta
August 9, 2022

Expectations of a border reopening are dammed in Cúcuta