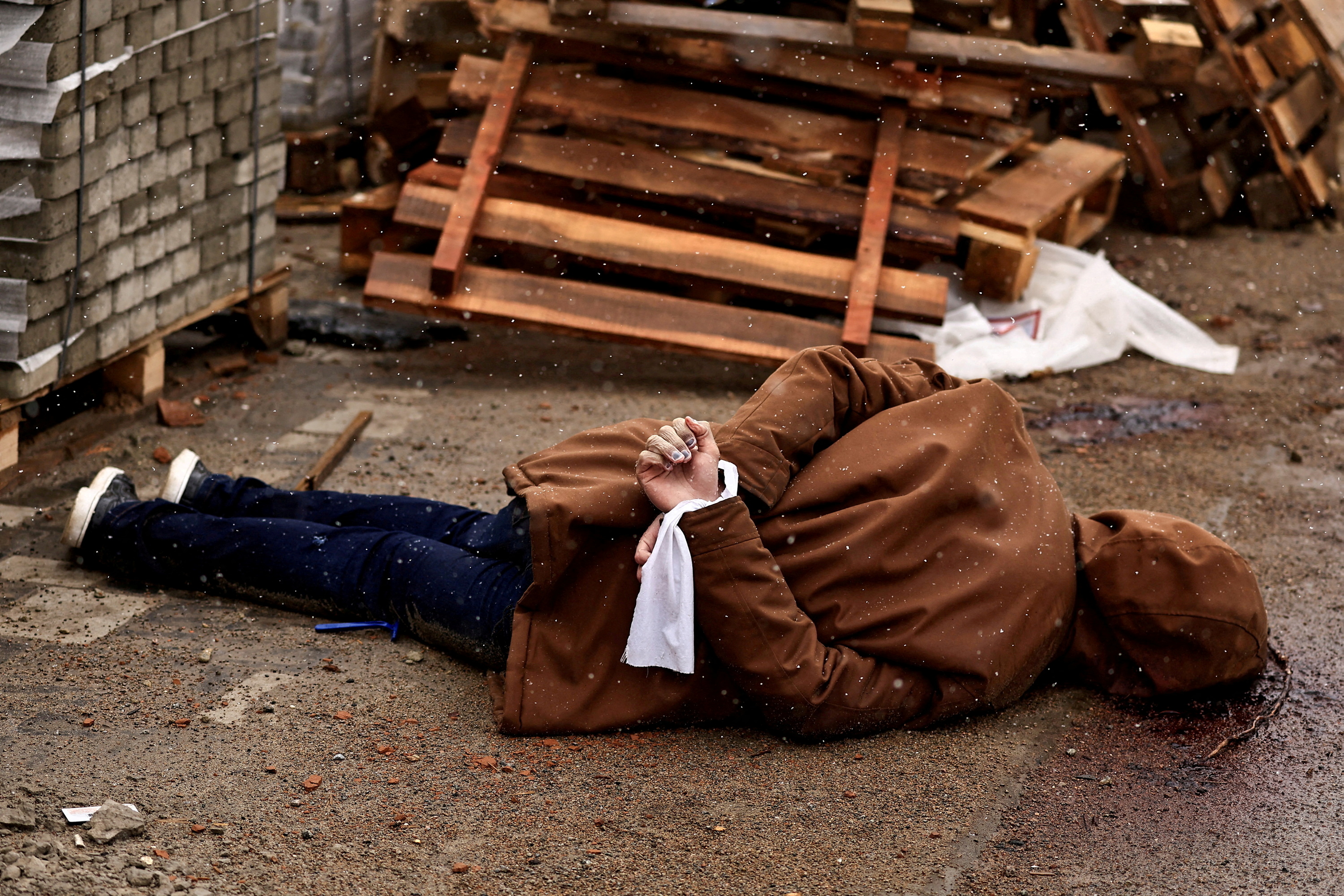 The sixth package of sanctions announced this Wednesday by the president of the European Commission, Ursula von der Leyen, proposes adding 68 new names to the EU blacklist, among which the patriarch of the Russian Orthodox Church, Kiril, stands out, one of the most ardent speakers of the invasion of Ukraine, according to a draft to which EL PAÍS has had access. The list of names also includes a good handful of high-ranking Russian military officers whom the community bloc considers responsible for heinous crimes committed against the Ukrainian population, such as Colonel General Mijail Mizinstev and Colonel Azatbek Asanbekovich Omurbekov, known as the butchers from Mariupol and Bucha, respectively.

The list, still provisional pending approval by the Twenty-seven, explains in detail the reasons that lead it to include the names. Vladimir Mikhailovich Gundyayev, Patriarch Kirill of the Russian Orthodox Church, born in Leningrad (today Saint Petersburg) in 1946, is “a long-standing ally of President Vladimir Putin”, and considers the Kremlin leader “the only defender of Christianity in the world”, according to the text of the sanctions. The priest, one of the most influential figures in the country, described Putin’s victory in the 2012 presidential election as a “miracle from God” and “has become one of the most prominent supporters of Russian military aggression against Ukraine.” details the proposal.

On February 27, 2022, during a sermon held at the Cathedral of Christ the Savior in Moscow, the patriarch officially endorsed Russia’s self-styled “special peacekeeping operation” in Ukraine by Moscow. Also, according to the text, “Kiril blessed the Russian soldiers fighting for the Russian World and Holy Russia in Ukraine.” On March 6, during another sermon, he described Russia’s military actions as a war “against evil” and a “religious cleansing operation” through which the spiritual purification of Ukraine is carried out. “Kiril continues to spread the message that the territory of Donbas and other Ukrainian areas belong to Holy Russia and therefore must be cleansed of their enemies as supporters of decadent Western values.” The EU considers that its actions “undermine or threaten the territorial integrity, sovereignty and independence of Ukraine, as well as the stability and security of the country”.

The story provided by the text to justify the sanctions against military commanders hints at the barbarity perpetrated on the battlefield. Colonel General Mikhail Mizintsev, nicknamed the ‘butcher of Mariupol’ and head of the Russian Federation’s National Defense Control Center, is identified as the commander overseeing the siege of Mariupol, “where he has resorted to tactics previously used in the siege of aleppo [Siria]”. Mizintsev is accused of having orchestrated the bombing of this city today reduced to rubble and still under Russian siege. In these indiscriminate bombing campaigns “thousands of civilians died”, details the text, which recalls the attack on a maternity hospital and a theater, “in which hundreds of children died”.

Of the terrifying massacres in the city of Bucha, a town on the outskirts of the capital, kyiv, which came to light in early April after the withdrawal of Russian troops, he blames 55 military commanders, led by Azatbek Asanbekovich Omurbekov. The latter is the colonel and commander of the 64th Independent Motorized Infantry Brigade of Russia, “which killed, raped and tortured civilians in Ukraine, in Bucha,” the proposal says. “These atrocities constitute crimes against humanity and war crimes,” he continues. Putin awarded this brigade “for their heroism and courage” shortly after. The commander, the proposal details, directed the actions of his military unit and received the nickname ‘Butcher of Bucha’ due to his direct responsibility for the murders, rapes and torture in that town.

In her speech on Wednesday, in which she unveiled the sanctions proposal, President von der Leyen launched a harsh message against those she considers “authors of the Kremlin war”. She in her words: “We know who you are and you will have to give an account”.

With this new round of reprisals, the list of those sanctioned by the EU already reaches 1,168 people against whom the freezing of assets in the EU and the prohibition of entry into community territory have been decreed; Among them are countless oligarchs, businessmen and politicians, including the president of Russia, Vladimir Putin, and his foreign minister, Sergei Lavrov, in addition to their family circle. The siege of Putin and Lavrov, on the other hand, does not imply the prohibition of entry into the EU, a channel that has wanted to be left open for diplomatic reasons.

The proposal, which could undergo changes, has not yet been approved, as it forms part of the most complex package of sanctions that the EU has faced to date, which includes a total embargo on Russian oil, which is resisted by some countries led by by Hungary, a community partner close to Moscow. The negotiation in the Council (the body that represents the Governments of the Twenty-seven) has resumed this Thursday, after being unsuccessfully suspended the previous day. Diplomatic sources consider it likely that it will be extended for another day, while a solution is sought to the harsh economic implications that the veto on Russian crude would entail. “It’s going to be hard to get it off the ground, but it’s clear that it has to be done,” says a diplomatic source.

Check Also
Close
The cap on Russian oil: one more blow to Moscow, but far from lethal | International
20 mins ago

By admin
Recent Posts
Latest News
Facebook Twitter WhatsApp Telegram
Back to top button
Close
Featured Posts
“Ukraine was our granary”: this is how the war destroys the crops | International
April 27, 2022

“Ukraine was our granary”: this is how the war destroys the crops | International

The cordon sanitaire against the extreme right falters before the second round of the French legislative elections | International
June 15, 2022

Elections 2022: The hunting vote, a long-awaited trophy in the French presidential elections | International

China’s double response to the protests: accelerating vaccination of the elderly and leading the demonstrations | International
3 days ago

China’s double response to the protests: accelerating vaccination of the elderly and leading the demonstrations | International

Uyghurs: The UN believes that China may have committed crimes against humanity by repressing the Uyghur minority | International
August 31, 2022

Uyghurs: The UN believes that China may have committed crimes against humanity by repressing the Uyghur minority | International

Faithful Bolsonaristas attack priests and the Catholic Church in the heat of the electoral campaign | International
October 19, 2022

The radical Trumpists who have won the Republican primaries with the support of the Democrats | International
September 15, 2022

NATO Summit: Biden announces a reinforcement in the US military deployment in Europe | International
June 29, 2022

NATO Summit: Biden announces a reinforcement in the US military deployment in Europe | International