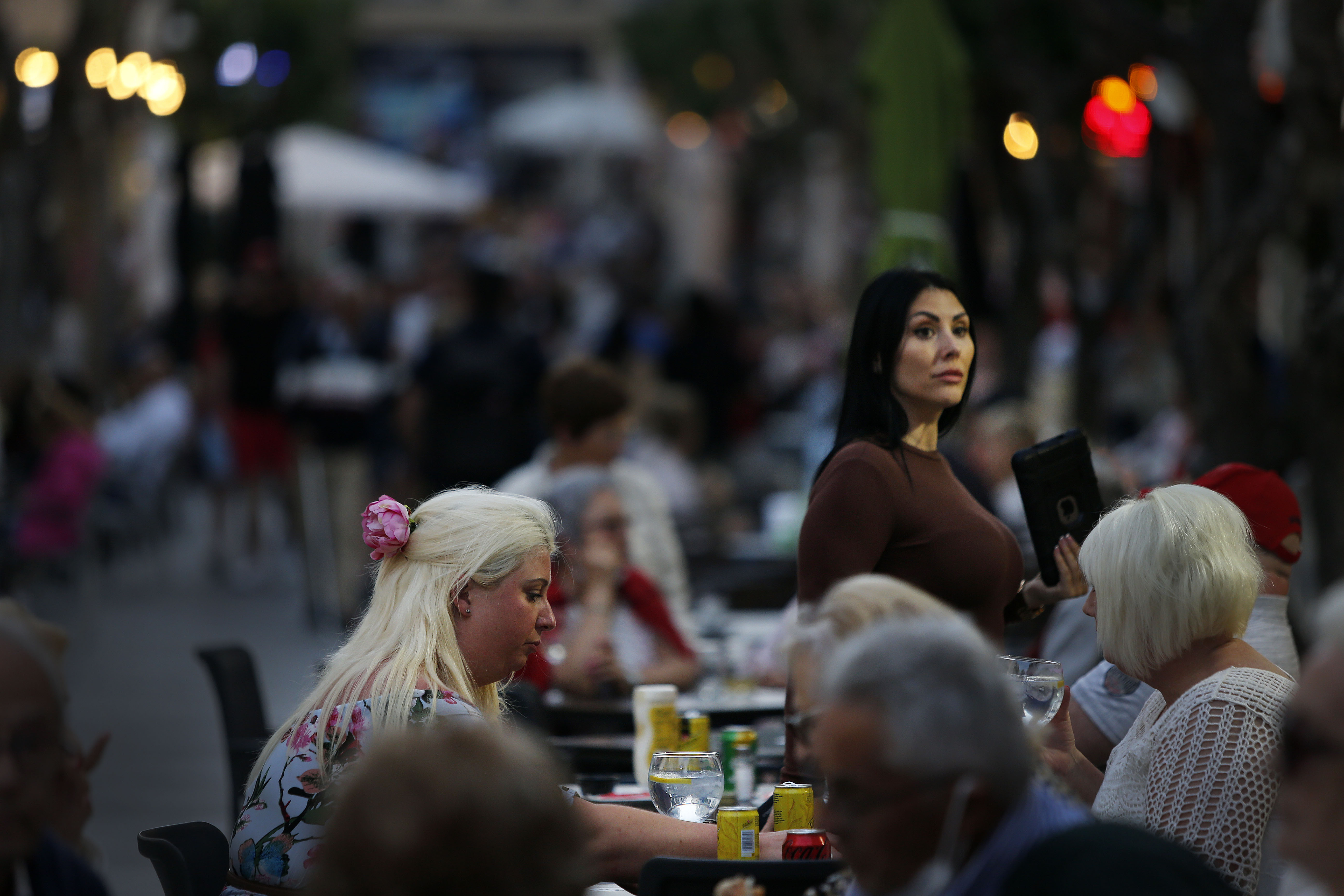 Tourism shows new signs of recovery after two years of crisis due to the pandemic. Spain received four million tourists in March, a figure much higher than that registered last year (almost half a million visitors) and which already represents 70% of those who arrived in 2019, before the explosion of infections by the coronavirus paralyzed travel around the world, according to the data published this Thursday from the National Institute of Statistics (INE). The sector is generally moving towards normality, with an increase in total tourist spending of 832% in March compared to the same month of the previous year, up to 5,069 million euros, about one billion less than two years ago.

The presence of British tourists consolidates the upward path and represents 20% of the total: 826,399 residents of the United Kingdom arrived in March, 4,085% more than in the same month of 2021 and closer to the 1.1 million in 2019. Germany and France are the following countries with the most tourists visiting Spain, according to the survey of border movements (Frontur). The INE also highlights the increase in trips from Ireland, the United States and the Nordic countries. The Canary Islands are the main destination (28% of the total), followed by Catalonia (17.5%) and Andalusia (15%).

After a year of almost total hiatus in 2020, the sector began to recover in 2021, but in the first five months of last year the restrictions on mobility between some autonomous communities and, above all, on international travel still weighed heavily. In 2022 a strong comeback is expected. “Month after month, the recovery of tourism continues to consolidate. Spain closes its first quarter of 2022 with good data on international tourist arrivals and tourist spending, a trend that we hope will intensify in the summer period,” said the Minister of Industry, Commerce and Tourism, Reyes Maroto.

In the first three months of the year as a whole, 9.7 million tourists arrived, almost 700% more than in 2020, although still below the 1.2 million in 2019. If this rate continues, the sector may be close to recovering its annual pre-pandemic levels, with 83 million arrivals in 2019, after registering only 18 million visits in 2020 and 31 million last year.

High inflation, however, may overshadow these forecasts. The costs of companies in the sector have skyrocketed due to energy (20%, according to estimates by the Spanish Confederation of Hotels and Tourist Accommodation) and hotel prices have risen 22.5% in one year, according to the INE two weeks ago with data from March. On the tourist side, rising inflation reduces their ability to spend, which usually has repercussions on their vacation budget.

Beyond the number of tourists, another essential piece of information is the money they leave behind. Total spending grew in March to 5,069 million, while average daily spending rose to 157 euros, 20.4% more, according to the INE spending survey (Egatur). The biggest spenders are the British, followed by the Germans and the Nordics. Spending on activities is the main item (21% of the total), followed by international transport, accommodation and meals.

Winners and losers of the rise in interest rates | My money

The drought suffocates the honey harvest: “If the heat does not stop, there will be no hive that can hold out” | Economy

Less industrial and more modern: this is how the ’21st Century Workers’ Statute’ should be | Economy

Maxim Pozdorovkin, Russian filmmaker: “The longer the war in Ukraine goes on, the more dangerous Putin will be” | International

The French cement company Lafarge will pay a 778 million fine after admitting that it financed the Islamic State | International
October 18, 2022

The polls give Bolsonaro enormous power in Congress and in the states despite Lula’s victory | International
October 4, 2022

Elections 2022: Sergio Fajardo struggles to stay afloat in search of the presidency of Colombia | International
April 13, 2022

Elections 2022: Sergio Fajardo struggles to stay afloat in search of the presidency of Colombia | International

Scholz, in his speech to the Germans on May 8: “I am convinced that Putin will not win the war” | International
May 8, 2022

France: Accusations of racism tarnish the change in the leadership of the National Regroupment | International
3 weeks ago

France: Accusations of racism tarnish the change in the leadership of the National Regroupment | International