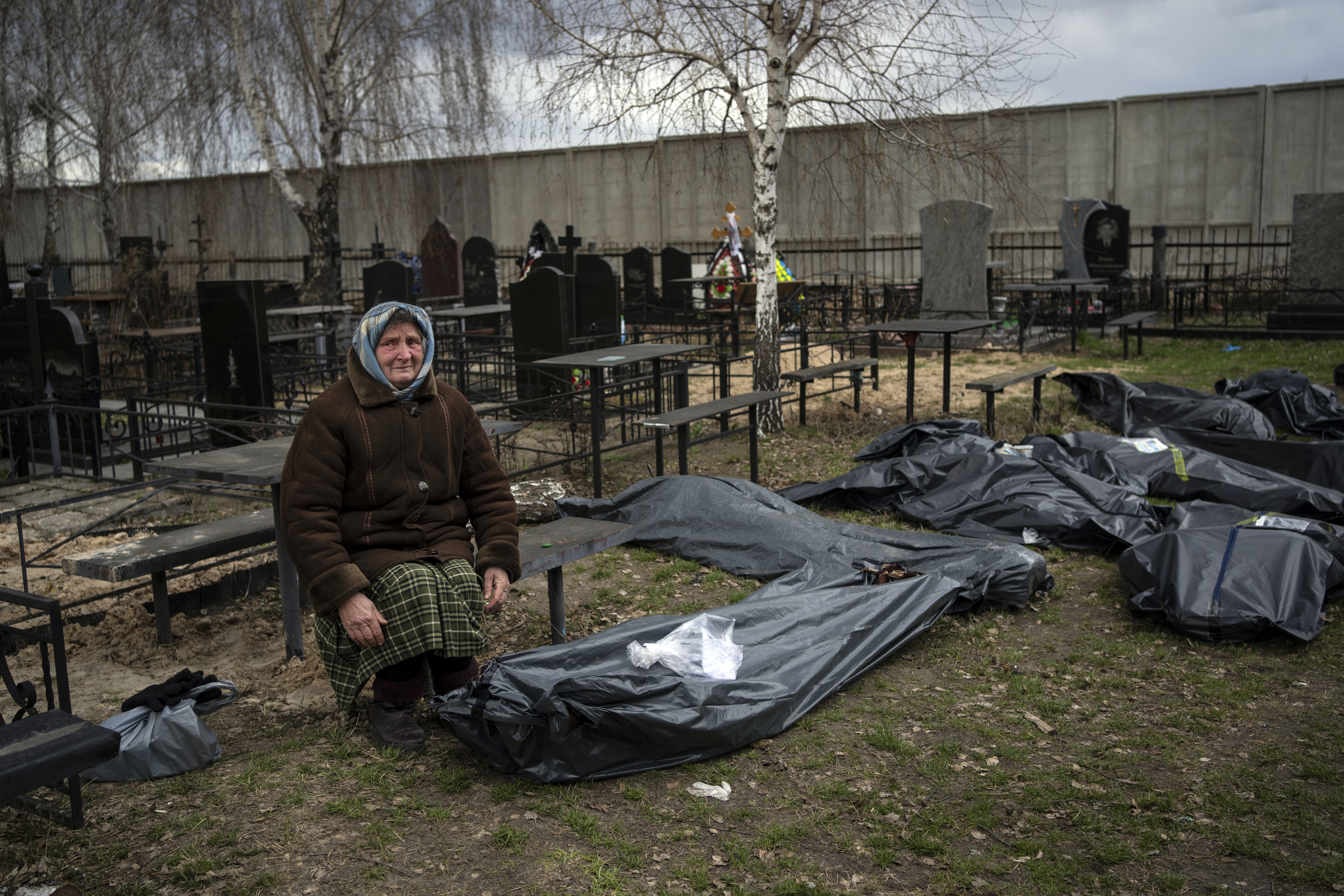 The United Nations High Commissioner for Refugees and Amnesty International (AI) confirmed in two reports the savage abuses committed by Russia last March, in the first phase of the war in Ukraine during its attempt to take the capital, kyiv. With interviews and evidence collected by their staff, both the UN and AI documented on the ground dozens of cases of rape, disappearances and executions committed during the almost four weeks of Russian presence in the surroundings of the capital.

On Thursday, during an appearance at the Security Council, the United Nations High Commissioner for Human Rights, Michelle Bachelet, and this Friday with the publication of an AI report, some of the cases denounced by Ukraine were detailed, which were also reported by the press around the world in the days after the departure of the troops, when those areas were accessible. According to AI, the evidence and testimonies prove “war crimes”, and are added to those that the European Union collected weeks ago in order to open a case against the Russian authorities.

The situation in Ukraine continues to deteriorate and abuses have also occurred on the Ukrainian side, according to Bachelet. “My staff learned of cases of women being raped by the Russian Armed Forces in areas under their control, as well as other allegations of sexual violence by both sides,” he told the UN Security Council. “Grimly evidence of torture, ill-treatment and summary executions of prisoners of war committed by both sides in the conflict is emerging. My office is collecting such evidence, which will be included in a future report,” he said.

Until May 4, “eight possible forced disappearances of people considered pro-Russian in territory controlled by the Ukrainian government” had been documented, added the high commissioner. Bachelet has assured that “a ceasefire, in a single day, would save the lives of at least 50 civilian children, women and men, including many elderly people.” This would prevent “30 to 70 civilians from being injured, and a dozen from being disabled,” she added.

For the preparation of the AI ​​report, the organization interviewed 45 people who had witnessed the killings of relatives and neighbors or who had first-hand knowledge of the abuses committed in towns such as Andriivka, Zdvizhivka, Vorzel or Bucha, the place where a mass grave with more than 50 bodies. “As far as is known, no fixed Ukrainian military targets have been located in or around any of the bombed buildings,” AI noted, “although sometimes armed individuals supporting Ukrainian forces fired at passing Russian military vehicles from some of or near those buildings. According to the organization, “deliberate and direct attacks against civilian objects and disproportionate attacks constitute war crimes.”

Among the documented cases are the murders of Leonid Bodnarchuk, a 44-year-old bricklayer, and Yevhen Petrashenko. Some neighbors sheltering in the basement told AI that Russian soldiers shot Bodnarchuk as he was walking up the stairs and then threw a grenade into the stairwell. Later they found his mutilated body in a pool of blood on the stairs.

Amnesty International’s report entitled He will not return: war crimes in the north-west of the kyiv region, include cases such as that of Olena Sakhno, partner of Viktor Kloun, another 46-year-old bricklayer whose “hands had been tied with a white ribbon and he had been shot in the head,” said his wife, when his neighbors took him the body. Or that of Olha, the wife of Oleksii Sichevki, 32, who died along with her 62-year-old father, when the convoy of cars in which they were traveling was shot at by what they believed to be Russian forces.

Oleksii told AI: “The convoy was all fleeing civilians. In almost every car there were children. When our car had just reached a line of trees, I heard shots. First, loose and then a burst. The shots hit the first vehicle in the convoy, which stopped. We were in the second and we had to stop too. Then they gave us. Our car was hit by at least six or seven shots. My father died instantly from a bullet to the head. My wife was hit by a piece of metal and my son was also injured,” he notes in the AI ​​report.

João Doria: The soap opera to forge an alternative candidacy to those of Lula and Bolsonaro gets entangled in Brazil | International

Biden recalls on the anniversary of 9/11 that the defense of democracy is a “daily obligation” | International
September 12, 2022

Russia cuts gas to Poland and Bulgaria after refusing to pay in rubles | International
April 26, 2022

Invasion of Ukraine: 1,425 days. From Sarajevo to Kyiv | International

Miners trapped in Coahuila: A week trapped in the mine without knowing if they are alive or dead
August 10, 2022

Miners trapped in Coahuila: A week trapped in the mine without knowing if they are alive or dead