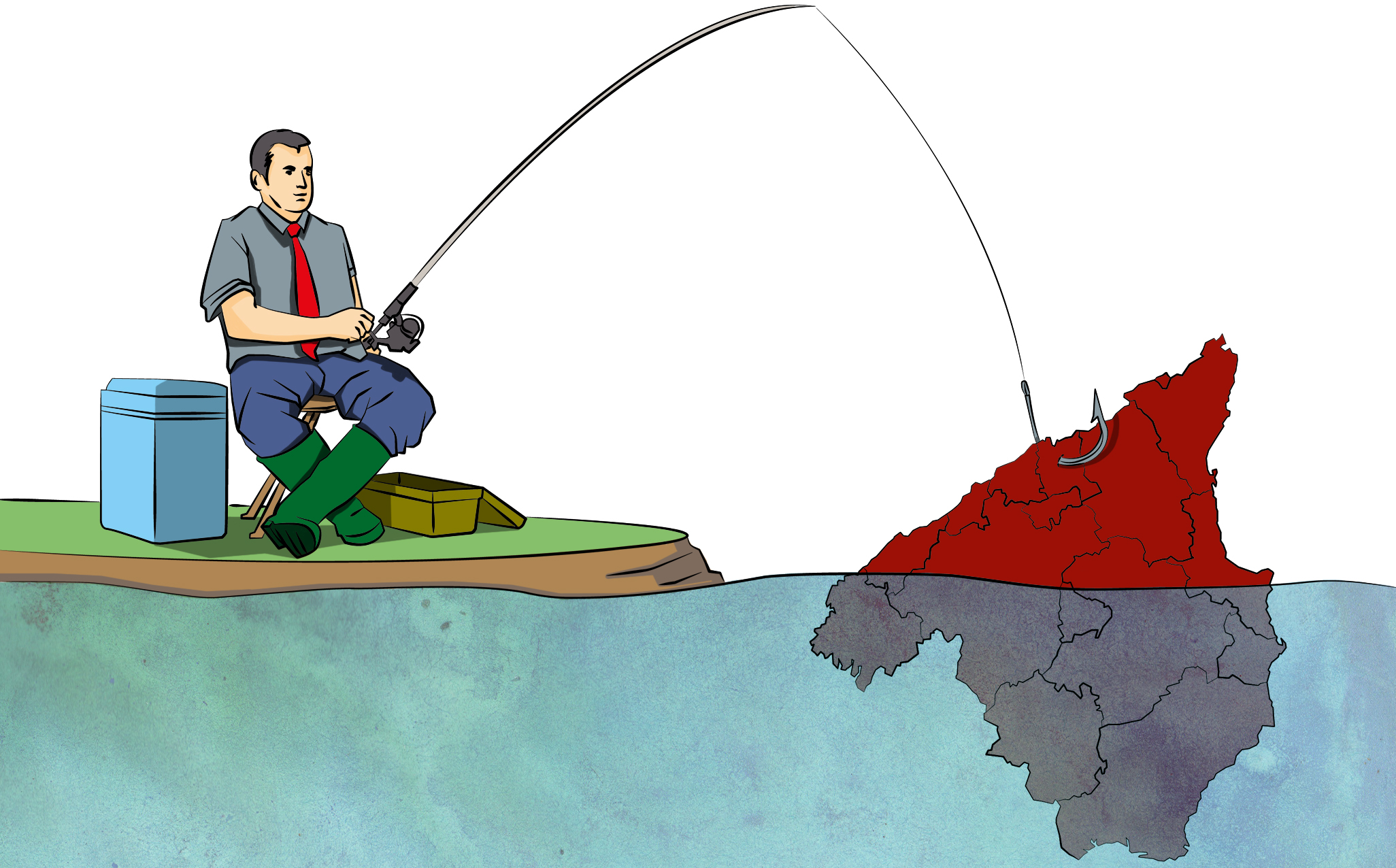 This article begins by putting a figure on the table: 10.5 billion dollars. It is the valuation in 2021 of the assets under management of the sovereign wealth funds, which is equivalent to 7.5 times the Spanish GDP, 72% of the GDP of the euro zone or 50% of that of the US. Of a total of about 100 sovereign wealth funds in the world belonging to some 70 countries, 15 of them concentrate 90% of the total assets, with Norges —Norway (1.3 trillion dollars)— and CIC —China (1.2 trillion)— leading the ranking. The Abu Dhabi funds, ADIA and Mubadala, jointly manage 1.1 billion, an amount similar to that of Temasek and GIC, both of Singapore.

The origin of these resources comes in the most common case from fiscal surpluses or balance of payments generated by the export of raw materials, typically hydrocarbons. KIA boasts of being the first fund. Even before its independence from the United Kingdom, Kuwait set up the Kuwait Investment Board (KIB), today KIA, in London with a mandate to invest surplus oil and reduce dependence on a single, finite resource. Various Gulf countries in the 1970s created their respective funds under similar conditions. In this category you can also include the Norwegian Norges, created in 1969 when oil was discovered in the North Sea.

Beginning in the 1980s, some countries began to create sovereign wealth funds to manage their growing foreign reserves, generated by large current account surpluses. Singapore created the GIC fund in 1981, South Korea did the same in 2005 with the KIC, and China created the CIC in 2007. Finally, there are also others that find their funding in the state budgets for the fulfillment of different public policy mandates. Examples of this group are the European sovereign wealth funds, such as the French FIS, created in 2008 and today managed by Bpifrance, the Irish Strategic Investment Fund or, in the Spanish case, Cofides, which since 1997 has managed, on behalf of the State, funds aimed at internationalization of companies and the Spanish economy.

The heterogeneous origin of sovereign wealth funds largely marks the asset management strategy. It is common for the objectives of oil funds to be mainly financial, thus seeking returns for present and future generations, who will be deprived of the income derived from the exploitation of non-renewable resources once they are exhausted. Other funds are aimed at macroeconomic stabilization, normally to absorb fluctuations in the prices of raw materials, or towards development objectives, such as the promotion of new sectors, the promotion of internationalization or the transformation of production systems. Obviously, the return objectives vary, being higher in funds with financial objectives than in those pursuing public policies.

Sovereign wealth funds are a phenomenon of growing importance. They have doubled assets under management in the last ten years and the expansion is expected to continue in the near future as indicated by Global SWF in its latest report. The bottlenecks in the value chains and the Russian invasion of Ukraine leave a panorama of high prices for crude oil and other raw materials, which will nourish the liquidity and, consequently, the investment appetite of many sovereign wealth funds. Without going any further, in Spain, the IE Business School database collects operations worth 2,800 million euros in the last 15 months in sectors ranging from renewable energy to biotechnology, as well as more traditional sectors.

Naturally, national governments do not remain impassive in the face of this reality. The investments of this highly relevant set of sovereign institutions generate not insignificant opportunities for national economic policies. In this sense, we identify three challenges to consider in the future roadmap.

In the first place, the foreign investment attraction policy finds a window of opportunity to improve the financial capacity of our productive fabric. If, in general, sovereign wealth funds are habitual investors in public capital markets, both debt and shares, in the real estate market and in infrastructure, in recent years the tendency to seek other assets has increased, including private capital and start-ups. From a sector perspective, investments today tend to be concentrated in digital technology (software, fintechse-business, crypto assets, data logistics), life sciences (health and biotechnology), education, sustainable mobility and renewable energies. The profitability requirements of sovereign wealth funds make it necessary to promote the growth of companies, normally through innovation and internationalization. Needless to say, the opportunities that this can bring to Spain in terms of growth and quality employment.

But the objective is not only to attract capital. It is key, and for this reason we identify it as the second challenge, to ensure the orientation of this form of foreign investment towards business initiatives aligned with the national growth strategy, and specifically with the Recovery, Transformation and Resilience Plan. It is not a question of serving strategic assets to foreign government investors on a silver platter, but of seeking a balance between monitoring these investments, always under criteria of necessity and proportionality, and attracting financing to reinforce the driving sectors of inclusive growth and sustainable development. Although it may seem paradoxical due to the oil origin of a good part of the resources, the sovereign wealth fund community places increasing emphasis on sustainability, highlighting the One Planet Sovereign Wealth Funds initiative to include climate change considerations in investment decisions.

The third and most ambitious challenge is part of this effort to ensure the alignment of sovereign wealth fund investments with economic policy objectives: co-investment, understood as a combination of domestic and foreign financial resources to promote or multiply investments in priority sectors. These co-investment alliances between sovereign institutions have become a common practice at the international level, with the French fund LAC1 or the Spain-Oman Private Equity Fund, set up by Cofides in 2018 with the Emirate of Oman to promote internationalization, being successful cases. of Spanish companies and which has already involved investments of more than 100 million euros.

The opportunity to continue exploring this path is marked by a context of large public deficits and withdrawal of monetary policy stimuli. Thus, co-investments to finance public policies play in favor of fiscal stability, especially if their financial return is higher than the cost of public debt.

Jose Luis Curbelo and Rodrigo Madrazo are president and CEO of Cofides.

The frames of Ata’s last journey will be exhibited in the virtual environment on the 84th anniversary of his death.

They were issuing fake passports and IDs for $500… Operation against that gang!

François Legault: The right wing strengthens its dominance in Quebec in the face of the worst independence elections | International
October 4, 2022

François Legault: The right wing strengthens its dominance in Quebec in the face of the worst independence elections | International

Thomas Lane: One of four officers implicated in the killing of George Floyd pleads guilty | International
May 18, 2022

Thomas Lane: One of four officers implicated in the killing of George Floyd pleads guilty | International

Liz Truss, according to Liz Truss: the long journey towards neoconservatism | International
October 2, 2022

Liz Truss, according to Liz Truss: the long journey towards neoconservatism | International

China will stop paying in dollars part of the gas it buys from Russia | International
September 6, 2022

Mosvká: Russia suffers another military setback with the explosion of the flagship of its fleet in the Black Sea | International
April 14, 2022

Mosvká: Russia suffers another military setback with the explosion of the flagship of its fleet in the Black Sea | International

North Korea confirms the launch of the most powerful missile in its history, ‘the monster’ Hwasong-17 | International
March 25, 2022

North Korea confirms the launch of the most powerful missile in its history, ‘the monster’ Hwasong-17 | International

Elections in Brazil: Lula tries to break the mistrust of the Brazilian business community before his possible electoral victory | International
September 29, 2022

Elections in Brazil: Lula tries to break the mistrust of the Brazilian business community before his possible electoral victory | International

United States: The Political Power of American Latinos and the Elections | International
3 weeks ago

United States: The Political Power of American Latinos and the Elections | International