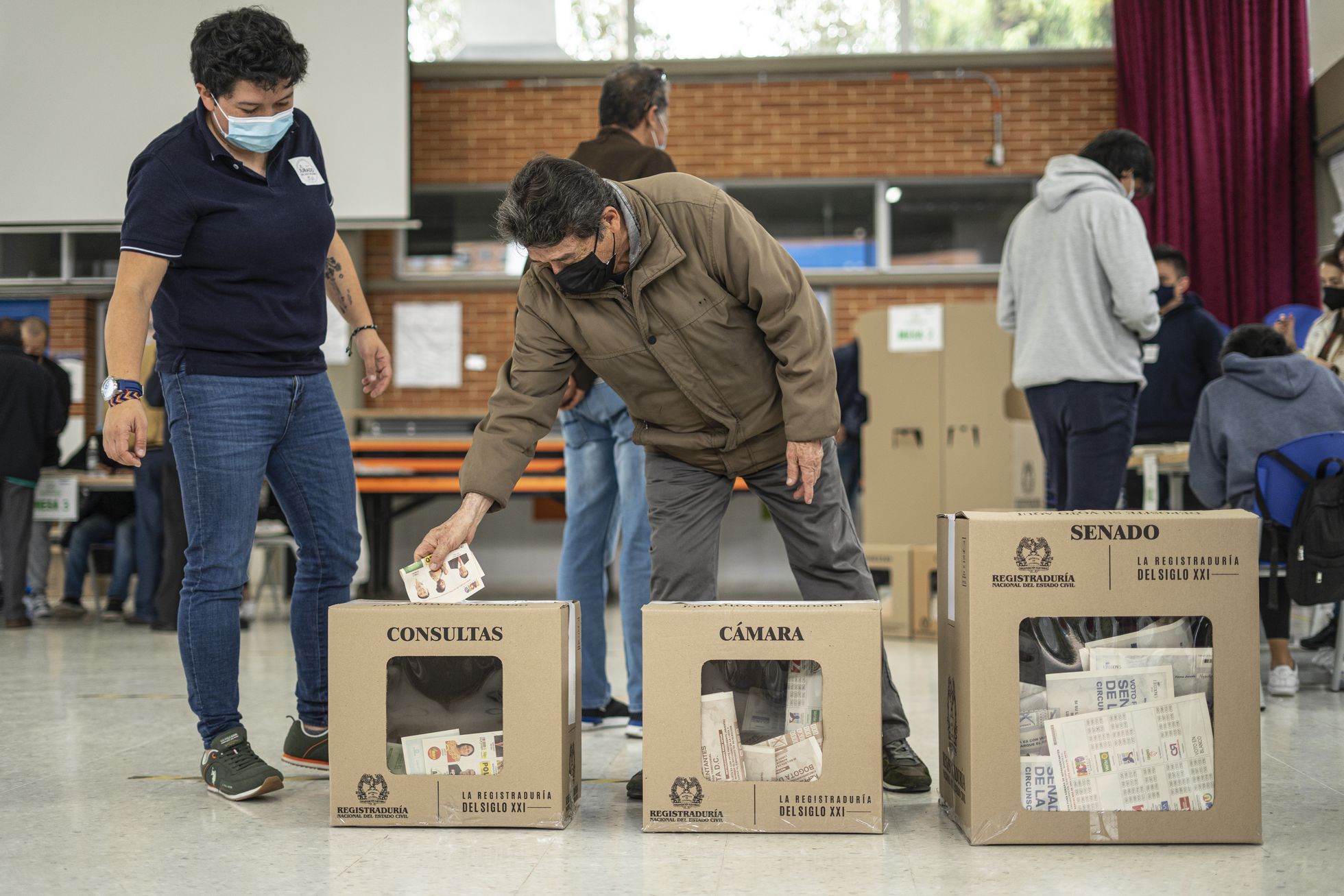 The popular saying goes that the coin has two sides, a truth that is essential to take into account when looking at the situation of the Colombian economy. The brightest side is undoubtedly that of growth in a country whose performance far exceeds that of the Latin American average. As the International Monetary Fund pointed out a few weeks ago, the expansion of the national gross domestic product would be 5.8% in 2022, well above the 2.5% forecast for the region as a whole.

In a world whose prospects are darkening due to the war in Ukraine, the rise in interest rates or the setbacks that the pandemic is still causing China, Colombia points to an acceleration. The higher prices of primary goods that occupy the first lines of exports, together with a domestic demand that remains vigorous, are largely responsible for a dynamic that others would like.

However, turning the coin over shows blemishes and scratches, some very deep. Currently, the most notorious is inflation, whose rise does not end as confirmed by the April figure. Putting the famine in the waist will not be easy, as can be deduced from what was said by the Banco de la República itself, in the sense that the expectations of an increase in the family basket are close to 7% for this year. However, a closer look reveals at least two additional problems. To begin with, there is a complex fiscal situation that remains unresolved beyond the fact that the high price of oil brings a larger income tax collection and unprecedented dividends from Ecopetrol in 2023.

On paper, the unexpected boom postpones the need to carry out a tax reform in order to seek more resources and reduce the fiscal deficit. The problem is that these extraordinary incomes do not cure the underlying dilemma, so it is better not to do the milkmaid’s accounts. On the other hand, the part of the labor market is not good at all. Despite the fact that the unemployment rate exceeds 12%, the employed population is still below that registered before covid-19. Fewer people working means more struggling households. Due to this, the poverty rate, despite having been reduced last year in Colombia, is almost three and a half percentage points higher than that of 2019.

Consequently, it is better to watch the entire movie so as not to fall into complacency. Without a doubt, it is better that the economy grows fast, but that does not diminish the urgencies on the monetary, fiscal or social front, which are enormous. Now that the presidential candidates are dedicated to promising spending left and right, a realistic analysis confirms that the room for maneuver for the next government is very small. And that populist temptations can complicate things much more, especially if the starting point is not a correct diagnosis and the remedy is worse than the disease.

Ricardo Avila he is an economist.

IMM kept the benches in Istiklal illegally! The benches on Istiklal Street should have been removed last year

Interest rate hike by the Bank of Canada

He was dying while trying to fish

Check Also
Close
A serial killer is on the loose in peaceful Moscow, Idaho | International
23 mins ago

A bloody awakening in the Canadian barn | International
September 12, 2022

A bloody awakening in the Canadian barn | International

Lula, the journey from prison to leading the presidential race in Brazil | International
September 18, 2022

Lula, the journey from prison to leading the presidential race in Brazil | International

Russia intensifies the siege of Mariupol, a key piece for the Kremlin | International
March 11, 2022

Russia intensifies the siege of Mariupol, a key piece for the Kremlin | International

From Bucha to Kherson: Zelensky’s Warfront Trips Shore Up His Leadership | International
3 weeks ago

From Bucha to Kherson: Zelensky’s Warfront Trips Shore Up His Leadership | International

York: Police arrest an activist who has thrown eggs at Carlos III and Camila | International
3 weeks ago

Ukraine: Odessa is back in Russia’s crosshairs | International
May 4, 2022

Ukraine: Odessa is back in Russia’s crosshairs | International