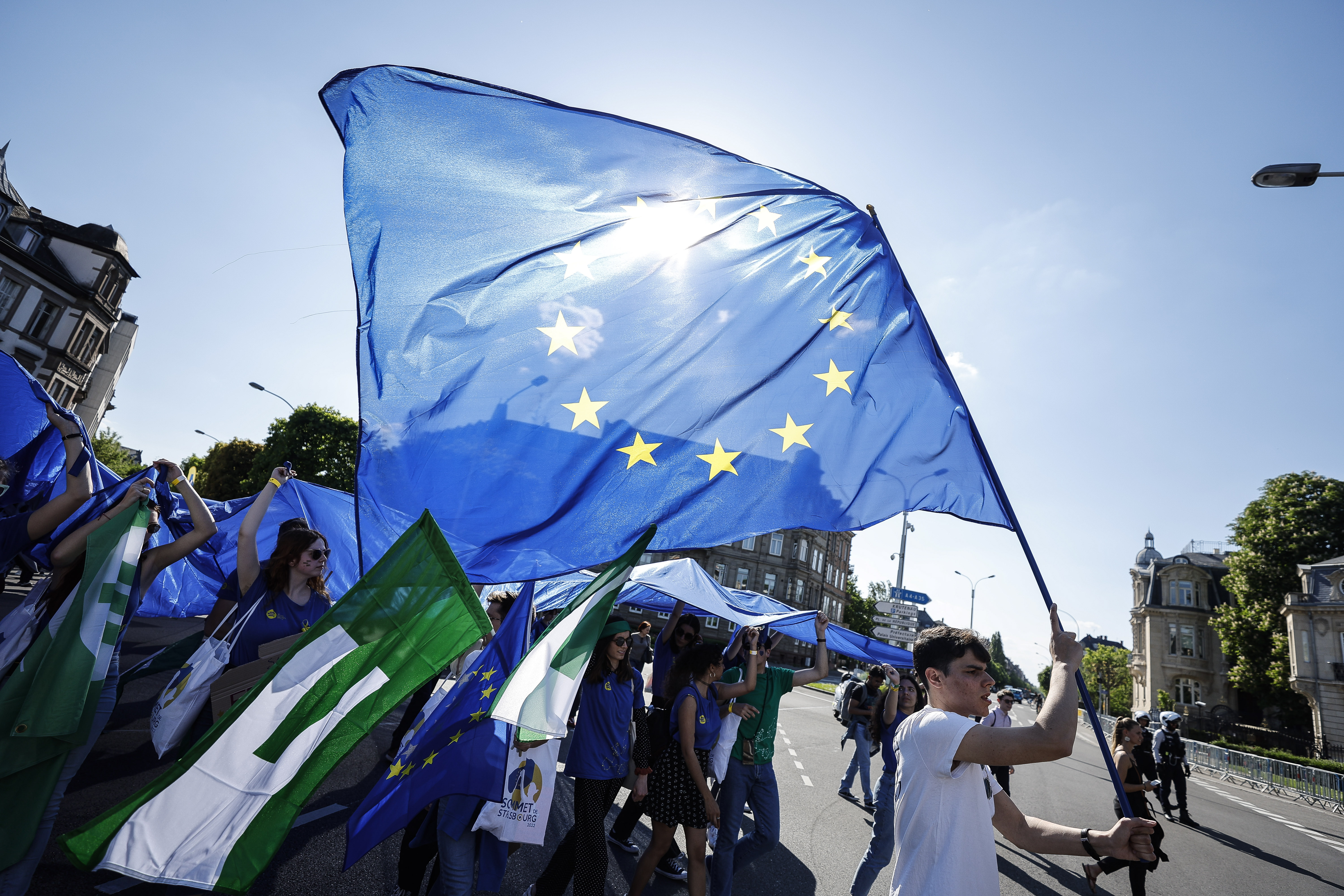 The Conference on the future of Europe concludes this Monday in Strasbourg after a year of face-to-face and virtual debates in which thousands of citizens from the 27 EU countries have participated. As has happened so many times in the history of the Union, the apparently innocuous seed of the Conference will launch an avalanche of reforms in economic, energy, health or defense policies, which seem destined to gain strength in an era marked by the tragic lessons from the pandemic and the war in Ukraine. The countries have already begun to line up in Brussels between those in favor of taking advantage of these crises to take a great leap forward in European integration, including the reform of the Treaties, and those who observe with horror a race that could leave them in the gutter of nationalist euroscepticism and populist.

“These great crises and challenges, no matter how different they are, require very, very close cooperation between us,” the president of the European Commission, Ursula von der Leyen, said last Friday, referring to shocks ranging from the Covid-19 to climate change going through the invasion of Ukraine. Von der Leyen, the President of the European Parliament, Roberta Metsola, and the French President, Emmanuel Macron, will close the Conference that since March 2021 has debated and reflected on the challenges of the EU.

The exercise of citizen reflection on the EU of the 21st century has not achieved the flight that its promoters expected, partly due to the pandemic, which forced its start to be delayed and opt for hybrid forms of participation, and partly because it is a very new and difficult to implement at first. But the conclusions of the Conference, with 49 proposals in nine chapters (climate change, health, economy, foreign policy, values ​​and rights, digital, democracy, migration, and education and culture) and more than 300 measures to carry them out, aspire to become the basis for the very close cooperation announced by the President of the Commission

“Participation on digital platforms has not been what we expected,” acknowledges an institutional source involved in the organization of these forums. But the same source underlines that “as important as quantity is quality and in the field of the ideas proposed we are extremely satisfied”.

Alberto Alemanno, professor of community law at the Haute École de Commerce in Paris, agrees that “despite initial criticism and its limitations, the Conference on the future is destined to go down in history as a great catalyst for the integration of the European Union”. Alemanno believes that the changes will be inevitable because “this time, unlike previous exercises, it is the citizens of Europe, selected at random, who ask for a profound review of the rules of the game.”

“This is a real opportunity for Europe,” said the President of the European Parliament last week. “If not now, when?” Metsola wondered while she defended the need to follow up on the changes demanded by the Conference participants in “defense, health, climate or security”.

In fact, the nervousness is evident among the diplomats of the Council of the EU, who for the most part had observed with evident disdain the activity of a forum that was predicted to be short-lived. Also left behind, according to community sources, is the initial distrust of some members of the European Parliament, who appreciated a clash between representative democracy and deliberative democracy. “They have realized that this type of consultation exercises do not undermine representative democracy but rather reinforce it,” these sources point out. The conclusions of the Conference also fall on fertile ground for change: a Europe forced to react after the worst pandemic in more than 100 years and the first armed conflict on European soil between two countries since the end of World War II.

The Italy of Mario Draghi has been the first of the great countries that has advocated a reform of the Treaties to adapt to the new reality some institutions that, in the opinion of the Italian Prime Minister, “are inadequate for the reality we face today” . The reformist side is likely to also include the German chancellor, Olaf Scholz, although he has not yet made a statement; with the recently re-elected French President, Emmanuel Macron, and with the President of the Spanish Government, Pedro Sánchez. Four major countries that can give traction to a transformation process that this May 9, Europe Day, could be the starting gun.

But they will face another no less large group that also accepts the possibility of reforming the Treaties, but to reduce the powers of the European Commission and limit what they consider interference by Brussels in national sovereignty. “The Sovietization of the EU must be stopped and Brussels must become Moscow,” Hungarian Prime Minister Viktor Orbán proclaimed on the occasion of his country’s national day in 2021.

Alemanno warns that “the drive for greater integration may have unintended consequences.” And he cites the risk of “fueling discontent with the EU at a time of high inflation and socio-economic transformation”. A situation that could revitalize “an anti-European alliance” such as the one that could be embodied by the French Marine Le Pen or the Italian Matteo Salvini.

But this Eurosceptic camp, usually articulated around Orbán’s Hungary and Jaroslaw Kaczynski’s Poland, has cracks. Russia’s war against Ukraine has alienated the Russophile Hungarian government from a Polish executive strongly in favor of severing all ties with Putin.

The latest crises have also shown the dwindling patience of the rest of the partners with the countries obstinate in stopping the community advances. Brussels has already threatened to launch a recovery fund against the pandemic without including Poland and Hungary when both countries threatened to veto the project to extract greater benevolence towards their authoritarian, xenophobic and homophobic drifts.

The foreseeable acceleration of the coming months in energy, health, economic, foreign and defense policies will also force us to have few considerations with the reluctant ones. From the always heralded Europe at various speeds, it could move on to a Europe of the shoulders, in which one or several countries could remain parked while the rest move on.

Russia: Getting closer to the nuclear shot | Opinion

The G-7 agrees to increase pressure on Russia and issues warnings to China | International
June 28, 2022

The shooting of a former congressman ally of Bolsonaro raises fears of episodes of violence in the Brazilian elections | International
October 26, 2022

Brussels opens the way to withhold funds for Hungary as punishment for violating the rule of law | International
April 5, 2022

Russia attacks kyiv and a dozen regions of Ukraine with a wave of missiles | International
October 31, 2022

An Iranian activist: “There is fear. But the people will not stop protesting” | International
September 25, 2022

An Iranian activist: “There is fear. But the people will not stop protesting” | International