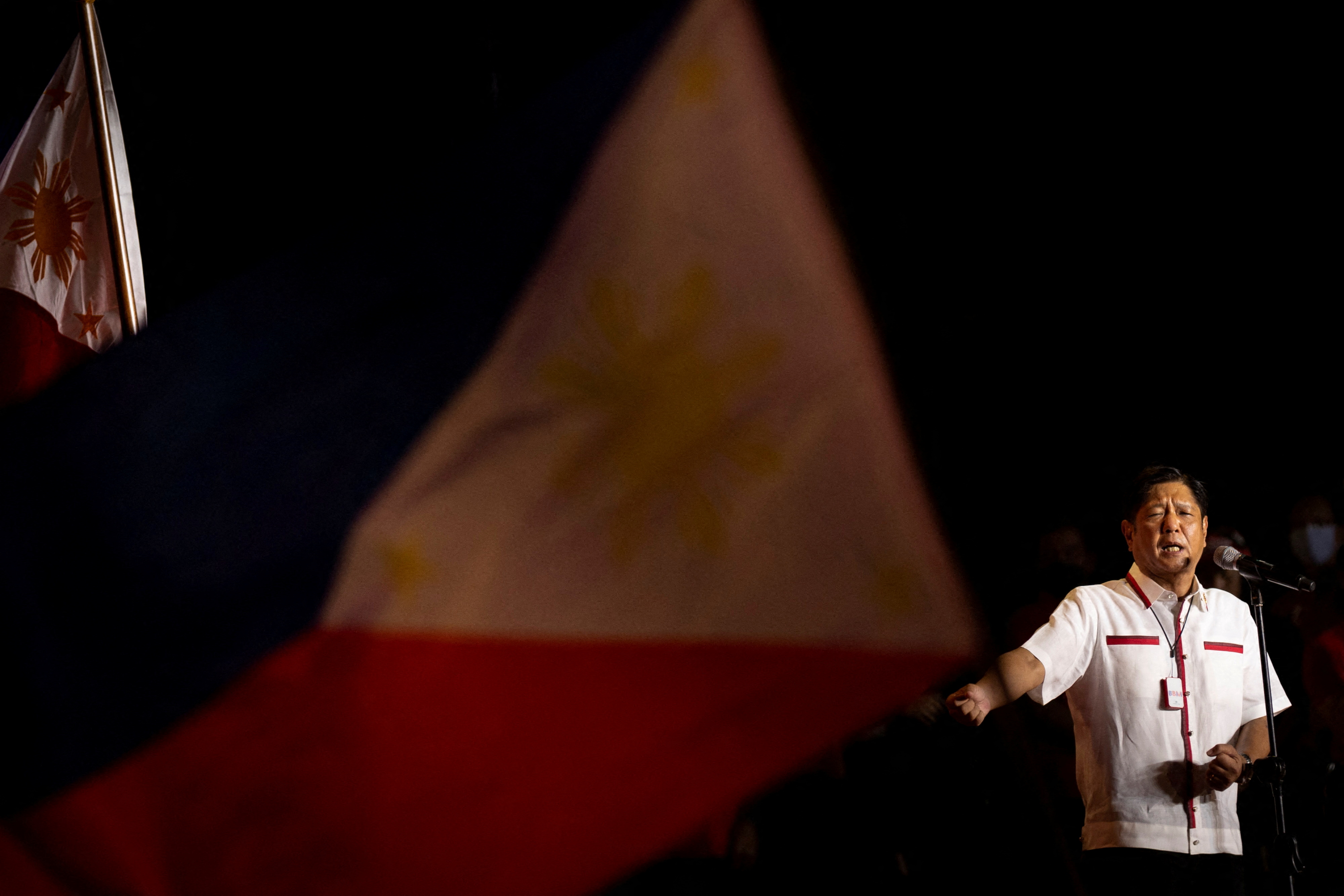 “My mother wanted me to be president since I was three years old,” said Ferdinand Marcos Júnior. Thirty-six years after the peaceful revolution that overthrew the kleptocratic and despotic regime of Ferdinand and Imelda Marcos, the Filipinos have wanted Imelda, also known as “iron butterfly”, to fulfill her dream and that her heir, bongbongtake back the power of your family.

According to a provisional count, Ferdinand Marcos Júnior has won this Monday’s elections by a majority and will occupy the presidential seat in the Malacañán Palace from June, the same one from which his parents fled on the run in 1986, leaving the country plunged into a deep economic crisis and after having plundered a fortune of between 5,000 and 10,000 million dollars from public coffers. A whitewashed account of the past and his alliance with the popular Sara Duterte-Carpio, the daughter of the outgoing president who will hold the position of vice president, have been the keys to an electoral victory that no political analyst would have dared to predict not long ago weather.

This Monday, 67.5 million Filipinos were called to vote not only for the future, but also for the past that they want to validate. One of the oldest democracies in Asia has decided to legitimize the speech of those who have drawn a veil of silence and have endeavored to sweeten the two decades of bloody and corrupt dictatorship of Ferdinand Marcos, instead of betting on the reformist path proposed by Leni Robred.

Marcos Jr., 64, has swept the presidential election after a campaign focused exclusively on national “unity.” His speech has deeply penetrated a sector of nostalgic voters and young people who hope to recover the supposed “golden era” that was lived during the mandate of Ferdinand Marcos Sr.

Still known by his childhood nickname, bongbongMarcos Jr. will govern hand in hand with the daughter of the outgoing president, Rodrigo Duterte, who is prevented by the Constitution from running for election. Precisely the alliance with Sara Duterte-Carpio has been one of Marcos’ great strengths for these elections.

The until now mayor of Davao led all the polls last summer due to rumors of her intention to become the successor of her father, who continues to enjoy great prestige in the country. And this despite its “war on drugs” that has killed more than 30,000 people, according to human rights associations, and its mismanagement of the pandemic. Analysts consider that the victory of these two powerful political clans (the Marcos, in the North; the Duterte, in the South) will increase the levels of corruption and the privileges of the elites, and that it could end up undermining the democratic foundations of the country. .

glorification of the past

The image you have created bongbong during the last three decades, however, it is very different. After his return from exile in 1991, two years after Ferdinand Marcos died in Hawaii (United States), the family has done everything in their power to return to the circles of power and try to redeem the figure of the dictator.

In the videos that have circulated through TikTok or YouTube in recent weeks there have been no references to the barbarism that Amnesty International denounces during his regime (3,257 extrajudicial killings, 35,000 cases of torture and 70,000 arbitrary arrests) or to the financial crisis or runaway inflation between the 1960s and 1990s. In networks, a glorification of his mandate has been made, which has been drawn as a period in which the economy flourished, infrastructures were developed, and during which the nation breathed peace and gained international significance.

Marcos Jr. has chosen to remain cautious during the electoral campaign (he has avoided debates and has given few interviews). He has shown a more affable and familiar version of him on the networks, far from the luxury and excesses that characterized his parents’ marriage. Ferdinand and Imelda are accused of getting rich while the Philippines was going bankrupt: looting the country (valued at nearly $10 billion) made it into the Guinness Book of Records as the biggest robbery ever within a government.

Some analysts point to Imelda as the person who has really pulled the strings to boost her son’s political career and regain power. She herself ran twice, unsuccessfully, for the presidential elections in the 1990s, when the specter of Martial Law was still very present.

The energy and enthusiasm of the two million volunteers who over the last month have thrown themselves into supporting Leni Robredo’s progressive proposals have not been enough to eliminate the prejudices linked to her name in a sector of the population. The current vice president —who precisely prevailed over Marcos in the elections for that position in 2016— has been the main victim during the enormous internet disinformation campaign that has characterized these elections. Among the hoaxes that have been launched against this human rights lawyer are having murdered her husband (who died in a plane crash in 2012), being linked to communist terrorist groups, and sexual videos of one of her daughters .

The Philippines leads the world ranking of daily use of social networks and its inhabitants are the ones who spend the most time connected through their mobile phones, with a daily average of almost 11 hours, according to data from the World Global Index 2021, which makes it a ideal ecosystem for fake news.

Electoral control organizations, such as Kontra Daya and LENTE, have denounced the violation during the day of the health and safety protocols activated by the pandemic, as well as dozens of irregularities and fraud. They criticize misinformation, red tagging (some progressive parties have been accused of being part of an underground communist movement) and the malfunctioning of voting machines, among which 533 were found to be defective. Some users of social networks demanded the extension of the opening hours of the schools due to the long queues and the technical problems to vote. Despite the police deployment, at least four people have died in violent altercations.

David Trimble, one of the architects of peace in Northern Ireland, dies | International

Élisabeth Borne: The French Prime Minister asks for “commitments” from the parliamentary opposition to carry out the reforms | International
July 6, 2022

Élisabeth Borne: The French Prime Minister asks for “commitments” from the parliamentary opposition to carry out the reforms | International

The “no to war” in Ukraine of a journalist on Russian television goes viral | International
March 15, 2022

Farmgate: A scandal with spies, a luxury farm and a millionaire robbery surround the president of South Africa | International
July 11, 2022

Farmgate: A scandal with spies, a luxury farm and a millionaire robbery surround the president of South Africa | International

From the fields of Idaho to Verdi’s ‘La Traviata’: how Cecilia López conquered opera in the US
June 4, 2022

From the fields of Idaho to Verdi’s ‘La Traviata’: how Cecilia López conquered opera in the US

The co-leader of the German SPD: “A strong EU with social democratic values ​​is the best guarantee of peace, freedom and justice” | International
June 20, 2022

Wallonia: At least six dead and dozens injured in a multiple hit-and-run in a Belgian town | International
March 20, 2022