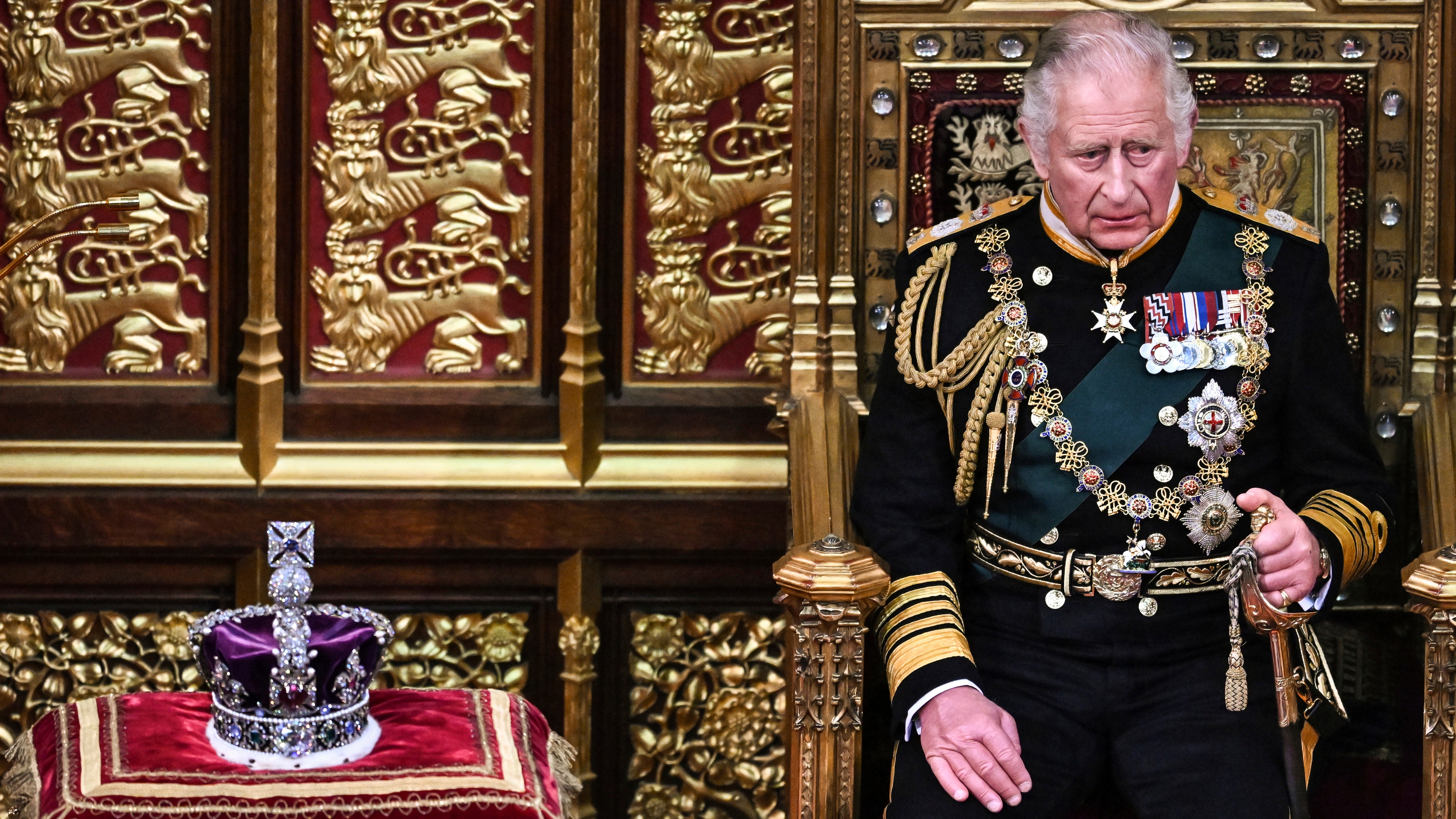 There is a time of year when the fiction that sustains the British monarchy at the pinnacle of power is staged in all its majesty. And this Tuesday, for the first time in almost six decades, Elizabeth II has not been present. Her cause is her “episodic mobility problems”, explained Buckingham Palace, after holding out until the last minute to make the decision. The Queen’s speech, the central act of the opening ceremony of the British Parliament, was on this occasion the speech of the “future” king. Charles of England, accompanied by his son William, the Duke of Cambridge, has replaced the monarch and, for the first time, has read the legislative plans of the Government of Boris Johnson. Her “Her Majesty’s Government”, as Winston Churchill was always in charge of emphasizing.

The sovereignty of the United Kingdom resides in its Parliament, unlike other nations such as Spain, which make it clear in their constitutional text that sovereignty resides in the people. If the idea that the House of Commons is the center of the British political system has been eroded for decades by prime ministers who are increasingly presidential in their way of exercising power, the notion of a monarch in whose name governs and legislates must be sustained over time with large doses of pomp and ceremony.

All these years, Elizabeth II entered the Palace of Westminster through the Sovereign’s Gate, after solemnly traveling the short distance from Buckingham Palace, escorted by the royal cavalry. She dressed in the imperial crown and the mantle of State, she walked through the royal gallery, accompanied by up to six hundred guests, to the House of Lords. From there she is sent to BlackRod (the Gentleman Usher with the Black Cane), the officer who preserves the premises of Parliament, to summon the deputies of the House of Commons.

But before entering, after going through the corridor that separates both chambers, the Commons symbolically give the BlackRod with the door in the nose. It is a way of expressing, for centuries, that Parliament does not obey orders from the monarch. Up to three knocks must be given on the door with his cane so that the deputies open it, receive his message and go to the House of Lords to listen to the queen. Only in 1959 and 1963, due to her pregnancy, Elizabeth II was not present at the ceremony.

This year, for the first time, the deputies and lords have listened to Charles of England, the heir to the throne. And his son, the Duke of Cambridge, third in the line of succession, has also made his debut at the ceremony. The imperial crown was conveniently placed on a cushion, in front of the space where the royal throne is located, which has remained empty. The Prince of Wales, accompanied by his wife, Camilla Parker Bowles, has been seated on the right. William, on the opposite side.

“The Prime Minister fully respects Her Majesty’s wishes, and thanks the Prince of Wales for agreeing to read the speech on his behalf,” said a Boris Johnson spokesman upon finally learning of Buckingham’s decision.

“The Queen continues to suffer from episodic mobility problems, and after consulting doctors, she has reluctantly decided that she will not attend the State Opening of Parliament tomorrow,” the royal house explained late on Monday. “At His Majesty’s request, and with the agreement of the relevant authorities, the Prince of Wales will read the Queen’s speech, with the added presence of the Duke of Cambridge.”

Elizabeth II has had to sign a royal decree (Letter of Patent), agreed with Downing Street, for the sole purpose of delegating the reading task of the Johnson Government program to his son. It is a prerogative of the monarch to distribute functions among the various councilors of State of her. But no one is unaware of the deep symbolism involved in hearing for the first time the speech of the future king, Charles of England. Accustomed, during the 73 years in which he has patiently waited for his moment, to build his own criteria in political, artistic, social, urban or environmental matters, the Prince of Wales has experienced this Tuesday what the task of his mother: to assume as her own, and carried out in her name, ideas and plans with which she did not necessarily have to agree.

China keeps up pressure on military exercises around Taiwan | International

Check Also
Close
Pedro Castillo: a year and a half adrift in Peru | International
6 mins ago

Vacancy: The Peruvian military turned its back on Castillo | International
27 mins ago

The fate of the Ukrainian oligarchs begins to change | International

Annual speech: Emmanuel Macron: “Freedoms will have to be defended, fought for and accept the consequences” | International
September 1, 2022

Annual speech: Emmanuel Macron: “Freedoms will have to be defended, fought for and accept the consequences” | International

G-20: Sánchez meets with Xi to ask him to help stop the war in Ukraine | International
3 weeks ago

G-20: Sánchez meets with Xi to ask him to help stop the war in Ukraine | International