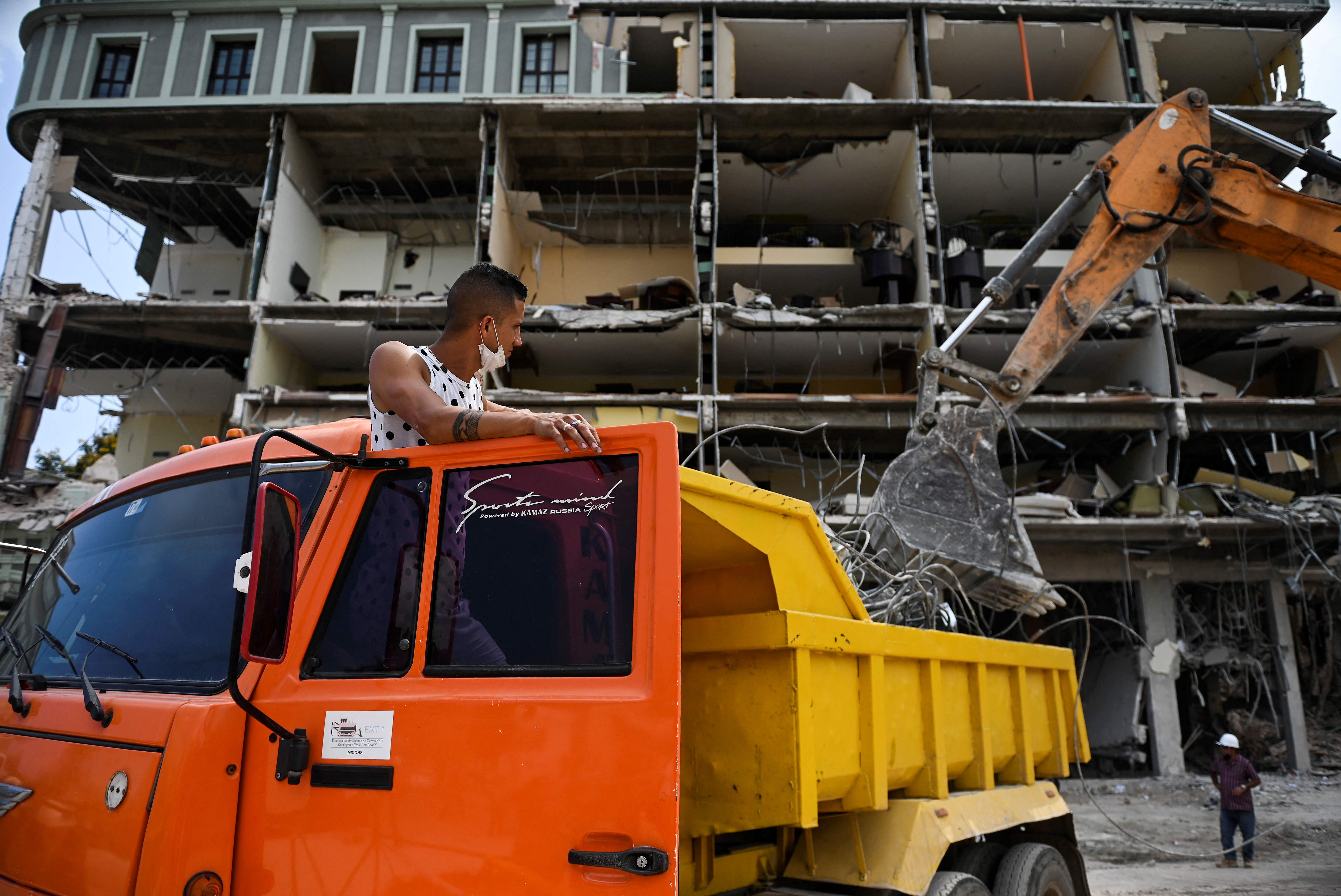 The worst predictions have come true. The violent explosion caused by a gas leak that destroyed the Saratoga hotel on Friday, in the heart of Old Havana, has caused a tragedy that grows as the hours go by: there are already 40 confirmed dead, including four minors and a pregnant woman, in addition to the Spanish tourist Cristina López-Cerón Ugarte, 29 years old and a native of Viveiro (Lugo), whose remains will be repatriated to Galicia in the coming days. Her boyfriend, César Román Santalla, from Coruña, a year older, is in serious condition, but after undergoing surgery in a hospital in the Cuban capital, he is stable, conscious and beginning to recover, said the Spanish consul general in Havana, José Antonio Hernández Pérez-Solórzano, who reported that his relatives are already with him in Havana.

According to the latest official part, 24 injured continue to be admitted to different hospitals, of which 19 are adults and five are children. In total, seven people are in critical condition and six have been reported as serious. The number of fatalities could grow even more in the coming days, because, according to the authorities, there are still five missing Saratoga workers and they could be trapped under the rubble in the basement and lower areas of the hotel, where firefighters are currently and rescue forces are working tirelessly to find possible survivors, although hope is slim 72 hours after the explosion. At the time of the accident, 51 employees were in the establishment. On Sunday night and Monday, rescuers recovered nine bodies.

The Saratoga, a 96-room luxury hotel, had been closed for two years due to the pandemic and was scheduled to reopen on May 10. Apparently, it was during the refurbishment work at the facility that the accident occurred, while a tanker truck was supplying liquefied gas to the facility and a leak blew up the storage tanks. One of the survivors, who worked in the kitchens, said that during supply operations he noticed a crack in one of the hoses through which the gas was escaping, and moments later the explosion occurred, exploding the building’s fuel tanks and caused the collapse of several floors of the six-story building, leaving dozens of people, cars and buses buried under a mountain of rubble that in some places reached almost the height of one floor of the building.

Havana, and the entire island, were shocked by the terrible consequences of the Saratoga explosion. This is the worst tragedy of its kind to have occurred in Cuba in decades. The president, Miguel Díaz-Canel, said that it is now being investigated whether it was a human or technical error that triggered the misfortune, from which, he said, “experiences must be drawn to prevent similar events from repeating themselves.”

The explosion of the hotel, located in front of the National Capitol, at the beginning of the Paseo del Prado, a very busy area where there are numerous shops and a school, occurred on Friday around 11 in the morning, local time. At the time of the explosion, hundreds of people were in the surroundings of the Saratoga, and from the time the first images were released, it was appreciated that the damage, human and material, would be immense. The explosion knocked down part of the façade and caused part of the facility to collapse, severely affecting two neighboring residential buildings, and causing damage of varying degrees to another twenty.

Rescue and salvage brigades continue to work in the basement of the hotel removing debris and trying to reach areas where missing workers are thought to be. However, the collapse of the floors on the ground floor makes the tasks difficult and the heavy machinery cannot work as fast as it would like for fear of hitting the unstable structure of the building, which is in serious danger of collapsing.

The Cuban government initially assessed the possibility that it was an attack, but Díaz-Canel himself dismissed it shortly after. “It has not been a bomb or an attack, it has been an unfortunate accident,” confirmed the Cuban president, who pointed out that the families affected by the damage caused by the explosion have been transferred to “safe places while recovery actions are carried out.” . “We are focused on caring for people, the relatives of the deceased and also those who are hospitalized. The work of the health institutions and rescue and rescue teams has been immediate,” said Díaz-Canel, noting that the country was “shocked.”

The Spanish ambassador, Ángel Martín Peccis, and the consul general, José Antonio Hernández Pérez-Solórzano, are currently ensuring that the remains of the deceased Spanish tourist, who was an Economics graduate and an employee of the Abanca online bank, are repatriated as soon as possible. Cristina López-Cerón Ugarte and César Román Santalla had come to the island to spend a vacation and were walking around the Saratoga area when the explosion occurred and they were hit by the shock wave.

The world faces a future with greater nuclear arsenals | International

Brussels rewards Poland’s turn with the approval of 35,400 million for its recovery plan | International

China believes the situation in Ukraine is “worrying” and offers to “contribute” to the dialogue to end the war | International
March 11, 2022

The price of flights to leave Russia soars after the mobilization decree to go to the front | International
September 21, 2022

Simone Tebet: the feminine aplomb that gives the surprise in the Brazilian elections | International
October 3, 2022

Simone Tebet: the feminine aplomb that gives the surprise in the Brazilian elections | International

United States Elections: The race for the Senate is played in three states | International
4 weeks ago

United States Elections: The race for the Senate is played in three states | International