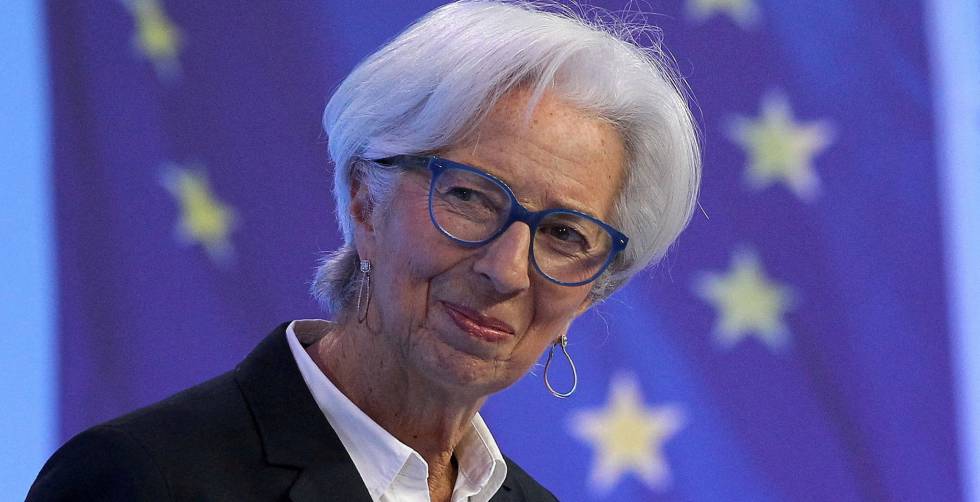 The European Central Bank (ECB) continues to prepare the markets for an upcoming rate hike. A month after the meeting of the Governing Council in Amsterdam, the president of the institution, Christine Lagarde, is already beginning to point to a rise in money in July. In a speech this Wednesday in Ljubljana (Slovenia), the head of the Eurobank has stated that she hopes to end the debt purchase program (APP, for its acronym in English) at the beginning of that month and then increase rates ” some time later”. On this occasion, Lagarde has delimited that allegedly ambiguous language. “I have made it very clear that this could mean a period of only a few weeks,” she said. Analysts have immediately interpreted that the French has pointed to the first summer meeting for a first rate hike.

The Eurobank continues to burn phases in order to start following in the footsteps of the Federal Reserve or the Bank of England, which have already been raising rates for months to try to placate inflation. After the meeting last Holy Thursday, Lagarde announced the end of debt purchases that served to fuel the activity and prices of the European economy, but he left the door open to do so even in September. The interventions of Vice President Luis de Guindos, and members of the ECB Council from across the spectrum – from representatives of the more lax sector such as the Finnish Olli Rehn to hawks such as Isabel Schnabel– have been pointing out that the completion of the debt acquisitions and the rate increases may arrive before the August break.

Lagarde ended up establishing that perspective. In her speech this Wednesday, the president of the ECB recalled that “in less than a year” the “economic landscape has changed remarkably.” In her opinion, the strong rebound in demand, bottlenecks and distribution problems caused prices to rise. “In addition, the Russian-Ukrainian war has amplified the main drivers of inflation,” added the Frenchwoman. As a result, inflation expectations have risen rapidly from an anemic price environment a year ago to above 2%. “Our projections increasingly point to inflation being within the medium-term objective,” she added.

Last April, in fact, inflation reached 7.5% and even exceeded 10% in five countries: Estonia (19%), Lithuania (16.6%), Latvia (13.2%), Netherlands (11.2%) and Slovakia (10.9%). In Spain, the CPI stood at 8.4%. “In this context, it seems increasingly unlikely that a return to the deflationary dynamics of the last decade” added Lagarde, who added: “For this reason, a return to normality is appropriate”. The pigeons They already accept a rate hike, but ask for caution so as not to put growth in check. This was expressed, for example, by the member of the Executive Council Fabio Panetta, who has even suggested waiting until September. To calm these spirits, Lagarde has insisted that she will continue with the dynamics of the Step by Step. “After the first rise, the normalization process will be gradual,” he added.

At a conference in Vienna, Schnabel also elaborated on that message this Wednesday: “It is time to end the measures that have been activated to fight low inflation,” he said. The governor of the Bank of France, François Villeroy de Galhau, has also pointed out that “money will be a little less easy” because “interest rates are going to rise”, although “very gradually”. Although analysts expect a rate hike in July, they don’t think normalization will be quick. Speaking to AFP, Axa’s chief economist, Gilles Möec, cites, among other reasons, the war in Ukraine, the “at least difficult” situation posed by covid-19 in China and the “secondary effects” of the tightening of financial conditions in the United States.

Spanish companies listed on the Stock Exchange earned 31,685 million euros in the first half of 2022 | Business

What are the police floor and ceiling points?

Published in the Official Gazette! Assistant experts will be recruited to the Ministry of National Defense and the TAF

Arden baby born at 710 grams won the fight for life

Hernán Condori: The Peruvian Congress forces the resignation of the Minister of Health for promoting pseudoscience | International
April 1, 2022

Hernán Condori: The Peruvian Congress forces the resignation of the Minister of Health for promoting pseudoscience | International

What are the Kinzhal hypersonic missiles that Russia has launched against Ukraine and how do they work? | International
March 21, 2022

What are the Kinzhal hypersonic missiles that Russia has launched against Ukraine and how do they work? | International

Italy Elections: Salvini goes from being the ‘captain’ of the right to a comparsa of the future ultra government | International
September 26, 2022

Italy Elections: Salvini goes from being the ‘captain’ of the right to a comparsa of the future ultra government | International