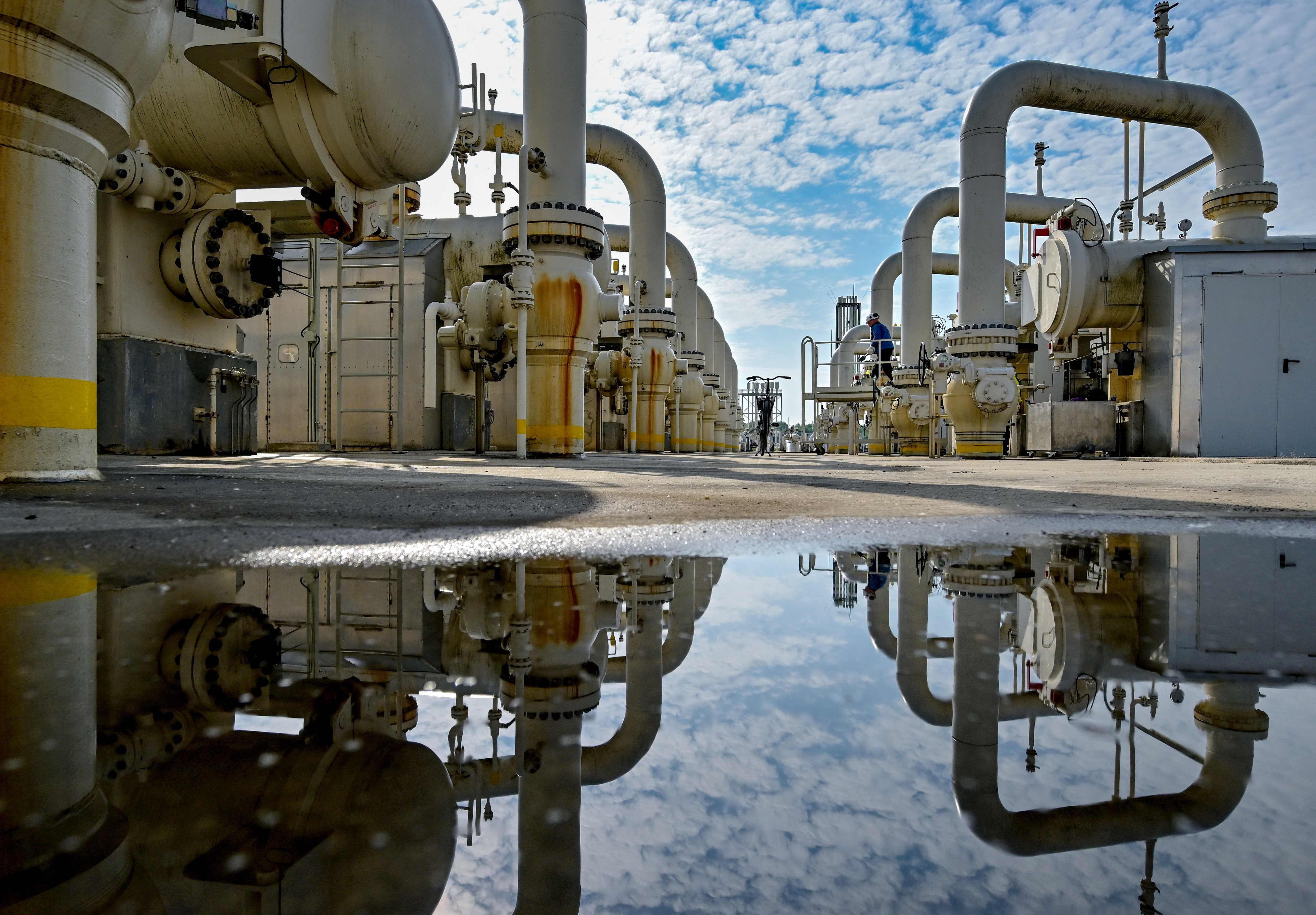 Ukraine has stopped this Wednesday the gas flow through the Sojranovka station, one of the two main points of entry of Russian gas into the country and, through the Ukrainian network, to Europe. The operator of the gas transit system of Ukraine (GTSOU) has reported that it is forced to close the station, located in the north of the Donbas region, because it is located in an area controlled by Russian troops. This organization has proposed to Gazprom, a Russian company that maintains a monopoly on the gas that circulates to Europe, to redirect the flow of this hydrocarbon through another point in the territory controlled by kyiv, but Moscow has responded that it is “technically impossible”.

Gas prices in international markets are rising sharply after the supply cut. For the moment, Germany, one of the giants of the European Union with the greatest dependence on gas of Russian origin, has stated that its supply is “safe”. Russia has used energy as a weapon of pressure on Europe in recent weeks; Ukraine is now beginning to travel down that same path, crucial due to the deep economic consequences of a war that is on its way to its third month.

The Ukrainian gas operator has reported that “force majeure” makes transportation through the Sokhranovka station and the Novopskov compression station impossible. The two facilities are in the north of the Lugansk region, near the Russian-Ukrainian border. This province is being hit with particular violence by the Russian Army in recent days.

“The interference of the occupying forces in the technical processes and changes in the modes of operation of the GTSOU facilities, including unauthorized extraction of the gas flow, endangered the stability and security of the Ukrainian gas transportation network in its entirety,” says GTSOU in the statement.

25% less gas to Germany from Ukraine

German authorities are “very closely” monitoring the possible effects of the reduction in gas transit through Ukraine, reported the Federal Network Agency, the body that monitors energy supply. The situation is “stable” and the security of supply is “guaranteed”, affirms the daily report on the state of the gas pipelines that this agency published in the early afternoon. At the moment, the quantities of gas that flow from Ukraine have decreased by 25% compared to those that arrived yesterday, but the authorities assure that they are being compensated with higher flows from other origins, especially Norway and the Netherlands.

The agency also notes that there has been no significant increase in wholesale prices. German gas tanks are fuller now than in the spring of past years, according to data from this body, so storage could be used if necessary.

The Ukrainian company claims that it has repeatedly informed Gazprom of “threats to gas transit due to the actions of the Russian occupation forces”, but the warnings have been “ignored”. “In order to fulfill its obligations to European partners”, continues the Ukrainian operator in its note, “it is possible to temporarily transfer” the gas that usually passes through this point to the Sudja interconnection point, in territory controlled by Ukraine.

The Russian gas consortium Gazprom confirmed on Wednesday that the transit of the fuel to Europe through Ukrainian territory will be located on Wednesday at 72 million cubic meters, compared to the 95.8 million supplied the day before. In an initial comment, Gazprom said it saw no reason to change the supply route. “Gazprom has not received confirmations of force majeure and does not see any impediments to the continuation of work,” said the Russian company’s spokesman, Sergey Kuprianov, on Telegram.

According to Gazprom, so far, “Ukrainian specialists have been working on a regular basis in Sojranivka and nothing prevents them from continuing the work. As for the possibility of transferring the flows to Sudja, according to the Russian company, this is “technically impossible”. Yuri Vitrenko, head of Naftogaz, the Ukrainian state gas company, has questioned whether it is possible and has reported that Gazprom would have done it on another occasion for maintenance work.

The closure of this transit point for gas destined for Europe comes in the midst of a discussion in Brussels about a new sanctioning package against Moscow that directly affects the energy sector. This new blow, which would have as its objective an embargo on Russian oil, has been on the table of the Twenty-seven since last April 27, Russia cut off gas to Bulgaria and Poland by not agreeing to pay for their purchases in rubles, the Russian currency. This Wednesday, the Bulgarian government announced that it will start buying liquefied natural gas from the United States in June.

The mayor of Severodonetsk, the city that is fighting inch by inch against the Russians: “There are many Mariupol in Ukraine” | International

Threats, sabotage and a blackout: the Danish island of Bornholm is worried about Russia | International

Bolsonarism conquers Brazil’s economic engine, which will be a counterweight to Lula | International
November 1, 2022

Bolsonarism conquers Brazil’s economic engine, which will be a counterweight to Lula | International

FARC dissidents claim responsibility for an attack in Bogotá in which two children died | International
March 28, 2022

Brussels calls for a coordinated rearmament of Europe to avoid a “huge waste of money” | International
May 17, 2022

Alberto Fernández takes the assassination attempt against Kirchner to the UN
September 21, 2022

The mayor of kyiv: “When the last Russian soldier leaves the Ukrainian territory, we will be ready to talk about a solution” | International
2 weeks ago

The mayor of kyiv: “When the last Russian soldier leaves the Ukrainian territory, we will be ready to talk about a solution” | International

Video analysis | Who benefits from a long war in Ukraine? | Videos

Macron remodels his Government a month and a half after constituting it | International
July 4, 2022