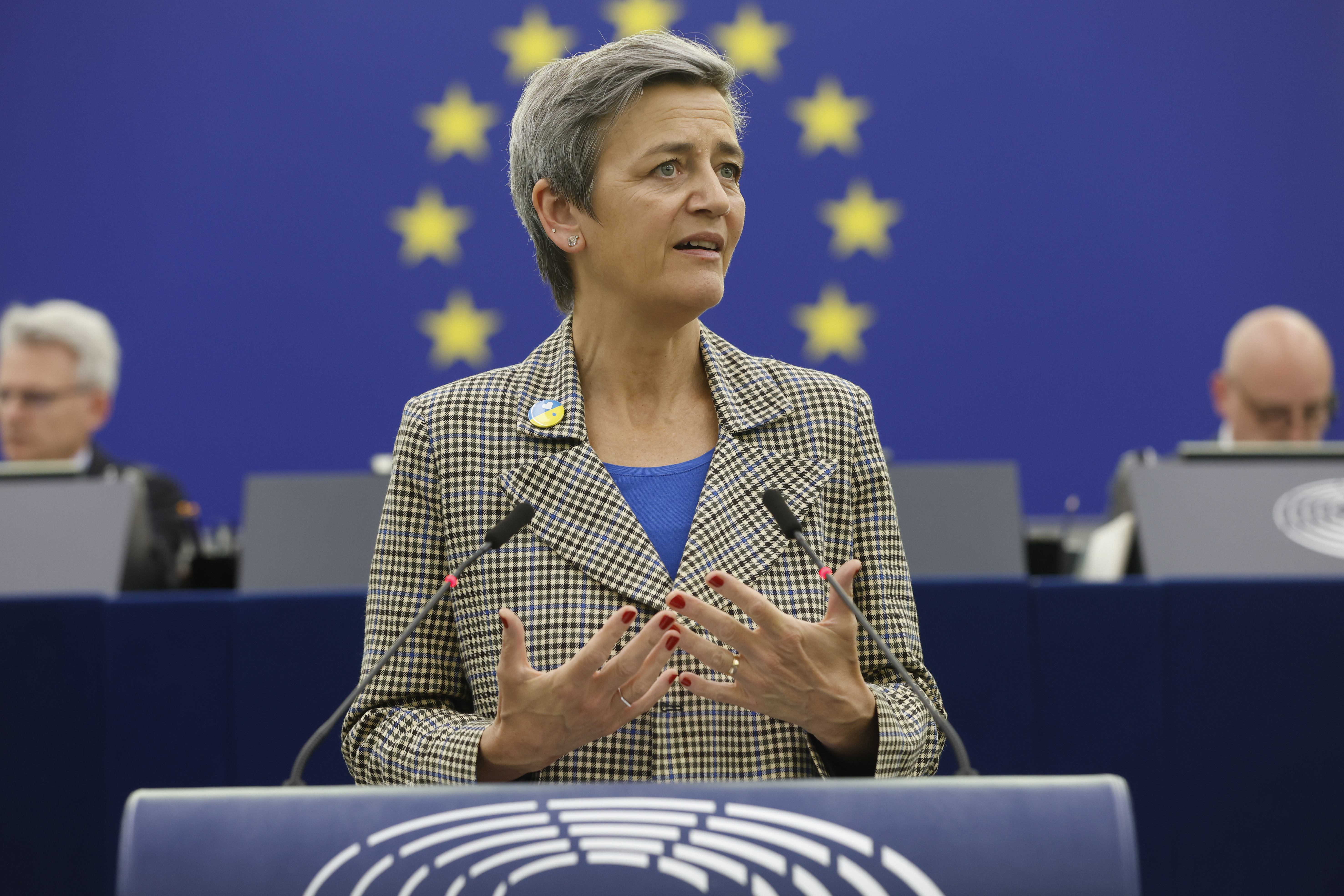 A few months ago Brussels sent the message that it was necessary to start withdrawing the extraordinary aid that companies receive to overcome the blow of the pandemic. And it is already taking action. On June 30, the relaxation of the public aid rule that allowed member states to come to the rescue of companies hit by the pandemic and its economic consequences will end. It was announced this Thursday by the Vice President and Commissioner for Competition, Margrethe Vestagerwhich, however, clarifies that the exit of this program will be gradual.

The measure launched in March 2020, in the early stages of the pandemic, has been extended every six months until now. And it has allowed States to launch aid worth about three billion euros, according to figures provided by Competition. However, until the middle of last year, only 750,000 million of all the authorized potential would have been spent.

“Today, after more than two years, there is an improvement in the health crisis in Europe. With the progressive lifting of restrictive measures, the European economy has begun to take the first steps towards recovering from the health crisis. […] This relaxation of the rules is a great relief also for our economies, but it does not mean that we should not continue to monitor”, argued the Danish vice president.

The exit will be gradual. The Community Executive will allow the existence of investment aid until the end of this year and injections for the solvency of companies until December 31, 2023, something already contemplated in the current extension. “These two instruments are very important to kick-start the economy and attract private investment. […] and, therefore, they should remain at the disposal of the Member States for longer than the other measures”, Vestager abounds in the statement released this Thursday. In it, she also warns, by way of reassurance, that “the Commission will continue to closely monitor future events and will act again quickly if necessary.”

The reference to the war on the EU’s eastern border in these words is clear and even explicit a few lines later: “While we continue to coordinate efforts to increase support for Ukraine and impose severe sanctions on Russia for its cruel war, we are also acting to mitigate the economic impact of this geopolitical crisis on companies and sectors. Each crisis is different and requires selective tools”, reassures Vestager.

The relaxation of Competition rules did not consist of a transfer of funds from the EU to the countries that make it up, as SURE (the ERTE financing mechanism) or the Recovery Fund itself have been, which includes hundreds of billions of euros in subsidies. This measure made it possible for the States to inject aid to companies with fewer demands and surveillance from Brussels when they were considered illegal support that violated equal opportunities in a free market.

In Spain this tool gave way to the approval of a state aid fund that came to the rescue of airlines such as Air Europa and Plus Ultra (a case that has sparked great controversy) or firms such as Duro Felguera. However, the procedures have been slow and that meant that when the last extension was approved, the one that ends on June 30, the Sociedad Estada de Participaciones Industriales, the body that has been in charge of managing this aid in Spain, had Some 50 applications for aid amounting to 4,000 million euros are still stuck. Among them were the steel company Celsa, the engineering company Técnicas Reunidas, Naviera Armas Transmediterránea, Air Nostrum or the hotel companies Hesperia and Room Mate.

Economic crises have not been the only reason that has led the EU to relax its strict Competition rules. So has the need to boost the semiconductor industry, in which Europe has lagged behind Asian countries like China or Taiwan, or the United States. For this, it has launched a plan of 43,000 million in public aid that intends for the continent to recover the lost ground in this sector and that entails that relaxation of the laws that regulate the market.

By admin
Recent Posts
Latest News
Facebook Twitter WhatsApp Telegram
Back to top button
Close
Featured Posts
Elon Musk meets in Brazil with Bolsonaro, who praises him as a “myth of freedom” | International
May 20, 2022

Europe: The European Union will increase its military aid to Moldova | International
May 4, 2022

Europe: The European Union will increase its military aid to Moldova | International

Found 14 bodies of the 22 people who were flying in the crashed plane on Sunday in Nepal | International
May 30, 2022

Michelle Bachelet leaves the UN and returns to Chile at a key moment in the constituent process
June 14, 2022

Russia announces new gas cuts to Europe in full visit to Ukraine by the leaders of France, Germany and Italy | International
June 16, 2022

Russia announces new gas cuts to Europe in full visit to Ukraine by the leaders of France, Germany and Italy | International

Berlusconi uses the electoral campaign to launch his revenge against the judges who put him on the ropes | International
August 20, 2022

Cadem Survey: Gabriel Boric’s popularity in Chile falls from 50% to 36% in less than two months in office | International
April 26, 2022

Cadem Survey: Gabriel Boric’s popularity in Chile falls from 50% to 36% in less than two months in office | International

Europe, in suspense over the reopening of the Nord Stream gas pipeline | International
July 19, 2022