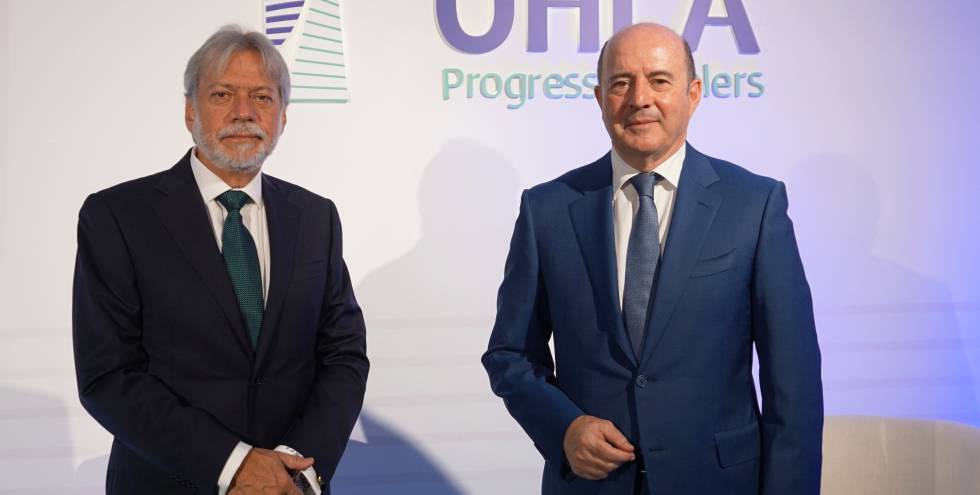 After the first profits in five years arrived in 2021, the restructuring of the construction company OHLA continues to permeate the accounts. Those presented this Tuesday after the closing of the Stock Exchange, corresponding to the first quarter of the year, improve several magnitudes compared to the same period last year: the construction company entered 642.7 million, 8% more; its operating result went from 14 to 18 million; net losses were cut from 20 million to 12 and the workforce grew by 1,339 people, to more than 23,000.

The portfolio of contracted works as of March 31, 2022 amounts to 5,971 million, which guarantees them a minimum activity of 23.3 months and represents a growth of 2.8% with respect to the total portfolio as of March 2021. In this portfolio, the markets are very balanced: Europe represents 36%, the United States 34 % and Latin America 29.3%. They do not include contracts already announced here, such as 50% of Termotécnica Coindustrial, a new concession project in Bogotá (Colombia) of around 314 million euros that will materialize this second quarter.

From the poor net result, the company chaired by the Mexican Luis Amodio explains that it has been harmed by the effect of the exchange rate. On the other hand, in the first quarter the group entered the 162 million that the Community of Madrid paid (with considerable interest) for the train from Móstoles to Navalcarnero, an abandoned infrastructure through which a train has never passed and which was promoted by the government by Esperanza Aguirre. This money has been used by the construction company to cancel the ICO loan that it had for 54 million, amortize obligations due in the coming years for another 43 million and pay operating expenses. And the result has been the least leverage: it went from 318 to 162 million. The matter, however, may not have concluded: the regional government informed the Assembly in December that the construction company claims another 53.4 million euros for the part of the infrastructure that is finished.

This first quarter has also brought another bit of good news for the company. In March, the credit rating agency Moody’s announced the improvement of the corporate rating to B3 with a positive outlook. It goes from a bad note with a risk of default to one that, although it maintains the speculative degree, reduces that risk.

In the construction branch, profitability increased from 3.7% to 4.4% of sales. However, the company warns that inflation may give the occasional surprise this year. “OHLA is carrying out a detailed follow-up by geography, project and client to study potential impacts on the group. Based on the foregoing, there is a risk that during the current year the results may be affected”. The construction order book reached 4,929 million, improving slightly thanks to projects in Chile, Spain and Ireland. In Services, turnover reached 93.2 million, 11.9% more due to the push of cleaning and maintenance. The bulk of the investments, 24 million, are concentrated in the Canalejas project in Madrid and in Bio Bio, the construction of four hospitals in the Chilean region of that name. The shares have closed this Thursday at 0.75 euros and the company is worth 443 million on the stock market.

What to Buy in Slovakia? What are the Cheapest Things in Slovakia, What to Bring as Gifts, Clothing, Food?

The increase in military spending fractures the Italian Government | International

Berlin and kyiv settle their disagreement after Zelenski’s invitation to the German president to visit Ukraine | International
May 6, 2022

Vick Vaporub: Come and visit “the coldest house in Lima”: a controversial campaign recreates the hardships of a peasant cabin | International
July 2, 2022

Vick Vaporub: Come and visit “the coldest house in Lima”: a controversial campaign recreates the hardships of a peasant cabin | International

The annexation of the Ukrainian territories leads to a chronification of the war | International
September 30, 2022

Is the United Kingdom the sick man of Europe again? | International
August 28, 2022

Is the United Kingdom the sick man of Europe again? | International

The US rethinks its relationship with Saudi Arabia after the OPEC setback | International
October 12, 2022

The difficulties of Russian dissidents who have fled to Serbia: “People here believe that the US has brainwashed us” | International
October 12, 2022

The difficulties of Russian dissidents who have fled to Serbia: “People here believe that the US has brainwashed us” | International