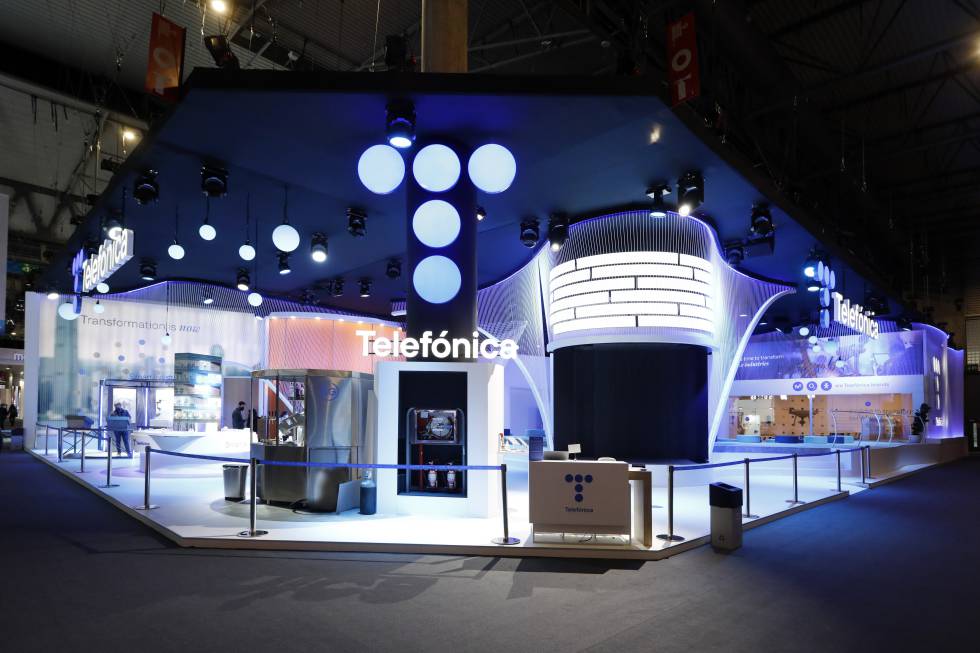 Telefónica has registered a net profit of 706 million euros in the first quarter of the year, 20.3% less than in the same period of the previous year, in which it earned 886 million. Revenues have reached 9,410 million, with a decrease of 9%, although including 50% of the joint company created in the United Kingdom with Liberty (Virgin Media O2) they rose to 10,883 million euros, which represents an organic growth of 3.2% compared to the same period in 2021.

In reported terms, revenue growth has spread throughout all the markets in which the group operates, with double-digit increases in Brazil (+18.1%) and Hispam (+10.9%), up to a total of 9,410 million. Of this revenue, 73% already comes from broadband connectivity and digital services, with an increase of 2.1 percentage points compared to the same period in 2021.

For the first time in recent years, the favorable evolution of exchange rates has had a positive effect on both revenues and Oibda in the same quarter, with a contribution of 242 million in sales and 95 million in operating income before amortization.

During the first three months of the year, Telefónica has reported a free cash generation of 513 million euros including leases, 15.5 times more than in the first quarter of 2021 due to the spectrum auctions carried out during the first months of last year . Investment (CapEx) has decreased 4.9% organically, to 1,320 million euros, including 50% of VMO2.

The company has highlighted that it has a solid financial situation that allows it to face the current scenario of inflationary tensions and increases in interest rates, and 80% of revenues incorporate mechanisms in the rates that protect against this effect.

At the end of the first quarter, the net financial debt (without leases) has been reduced to 27,453 million euros, 23.3% less than in March 2021. Of the total debt, more than 80% is at a fixed rate , with which the company is protected against the possible increase in financing costs, and the average life of the debt reaches 12.9 years. In addition, liquidity reaches 22,302 million euros, and its maturities are covered until beyond 2024.

The number of lines in the group stood at 368.3 million at the end of March, 1.1% more than a year earlier. Fiber customers have grown by 20% and mobile contract customers have grown by 4.3% compared to March 2021. The number of real estate units passed with fiber has increased by 6%, to a total of 162 .9 million households, of which nearly 85 million do so through Telefónica’s own network. As regards 5G technology, it offers coverage in more than 400 British towns, around 250 German cities and 21 Brazilian cities, while in Spain it covers approximately 82% of the population.

The company has highlighted in a statement that in the first three months of the year it has made progress in the execution of its strategic plan, with operations such as the closing of the acquisition of Oi’s mobile assets in Brazil, the agreement with DAZN regarding LaLiga emission rights, with a reduction in net costs of 15%; the improvement of the network in Germany; advances in the process of creating fiber vehicles in Spain and the United Kingdom; or the acquisition of the British company Incremental by Telefónica Tech, to which the purchase of BE-terna has subsequently been added.

“Telefónica’s solid start to the year in a scenario of inflationary tensions and geopolitical instability demonstrates the strength of the company to face the most adverse situations. Once again, it is confirmed that the Group’s strategic plan is correct and represents a valid and robust roadmap to be able to continue providing the best service to our customers”, José María Álvarez-Pallete, president of Telefónica, underlined.

Check Also
Close
Survivor of a Honduran gang: “I didn’t find out that my daughter had been raped at gunpoint until we were already in Spain” | future planet
52 mins ago

The keys to the battle for Gaza, an uninhabitable territory | International
August 6, 2022

The keys to the battle for Gaza, an uninhabitable territory | International

The US prohibits the manufacture and use of antipersonnel mines, except to defend South Korea | International
June 22, 2022

The US prohibits the manufacture and use of antipersonnel mines, except to defend South Korea | International

The January 6 commission focuses on Trump’s pressures and threats to various officials so that they would not certify Biden’s victory | International
June 21, 2022

“It seems that the new thaw has begun”: Cuba receives the new US measures with hope | International
May 17, 2022

“It seems that the new thaw has begun”: Cuba receives the new US measures with hope | International

A court unblocks the investigation of the secret documents seized from Trump | International
September 22, 2022