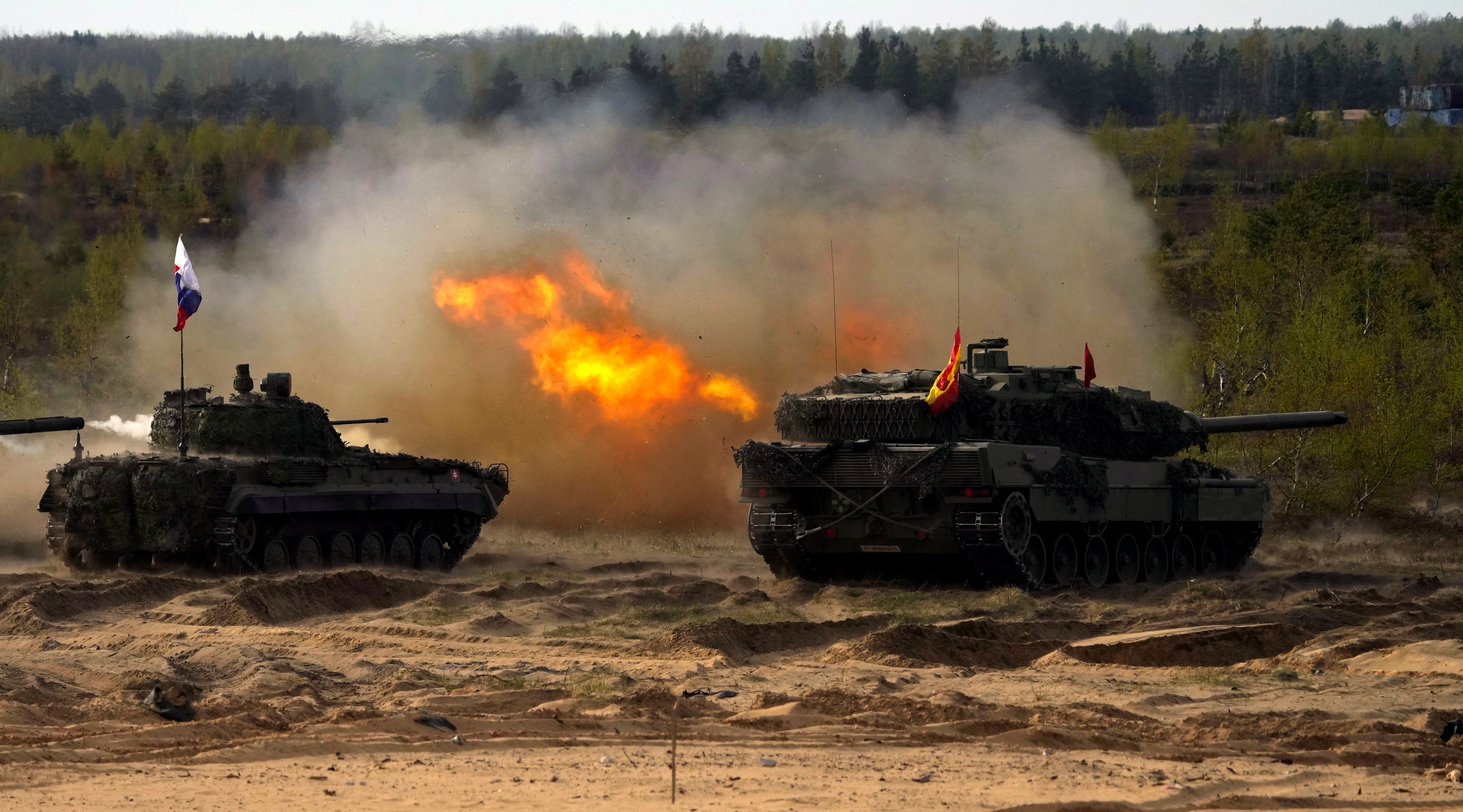 The European Commission has made an inventory of the shortcomings of European investment in defense and the result of the exercise, to which EL PAÍS has had access, reveals a frightening situation of vulnerability, especially in a scenario of open war such as the one caused by Russia on last February 24. The body chaired by Ursula von der Leyen urges the governments of the 27 member states to strengthen their capacities because the Russian aggression against Ukraine “has substantially deteriorated the security landscape in the European Union.” But she asks that it be done in a coordinated manner and calls for Brussels to organize and encourage rearmament to ensure that the most serious shortcomings of the European armies are covered.

The defense of European countries has almost as many Achilles heels as soldiers. The list of shortcomings, drawn up by the EU’s executive arm at the request of the European Council, includes air defenses to protect cities or key infrastructures from attacks by missiles, surveillance drones and fighter planes, tanks or naval forces. Added to this lack of large-scale weapons are obstacles in mobility and logistics, the absence of a satellite connectivity network with European and encrypted coverage, holes in cybersecurity or a shortage of ammunition after shipments of material to help the Ukrainian army.

The Commission’s draft document repeats over and over again that this situation is unsustainable in view of “the increase in security threats.” And he points out that Russian President Vladimir Putin’s war against Ukraine has revealed “the negative effects, not just of years, but decades, of low defense spending in times of peace.”

Brussels calculates that European defense spending, which was around 200,000 million euros a year before the war in Ukraine, will increase by around 60,000 million a year if the 21 countries of the Union that belong to NATO reach the objective of investing in defense the equivalent of 2% of GDP. In any case, the Commission takes it for granted that “Europe is facing the largest increase in military spending in the Member States since the end of World War II”.

But the Commission fears that this voluminous injection will not achieve its full efficiency if it is done on a purely national scale, with the added risk that it will benefit non-EU industries if it is done without prioritizing the development of continental projects. “Unfortunately, other previous spending increases have underperformed our allies and, what is much worse, our rivals,” the community document states, referring to material purchases from the US ally. The text points out as an example that in 2020, a year that already registered an expansion of military spending, joint investment was only 11%, far from the 35% that the EU has set as a target.

Von der Leyen will submit to the European Council, which is holding an extraordinary summit at the end of this month and another ordinary one in June, several proposals to encourage the development of a European defense policy and put an end to the current fragmentation and encourage cooperation. All of them aspire to give Brussels a central role in a field such as the military, practically vetoed until now for the community institutions and reserved exclusively for national governments or an intergovernmental body such as the European Defense Agency.

The Commission, according to the draft of the document that will be taken to the summit, proposes to establish “a series of instruments to trace, coordinate and encourage a joint approach in the development, acquisition and ownership throughout the entire life cycle of the equipment of defending”.

For the most urgent needs, such as replenishing ammunition stockpiles emptied in part to help Ukraine, the Commission is running to organize joint purchases as it did with the vaccines for covid-19 and as it wants to do with the supply of gas to root of the clash with Moscow. Brussels believes that this would avoid “a race of orders, which would cause a spiral [al alza] of prices and the impossibility for the most exposed States to obtain the necessary material”, indicates the aforementioned document.

But the Brussels proposals also include far-reaching and long-term changes, aimed at radically transforming national defense policy and, incidentally, accelerating the integration of the EU’s arms industries. “The joint purchase [de armamento] it must become the norm instead of being the exception”, claims the Commission. And it underlines that an integration of both demand and supply would achieve important economic returns for the States.

Integration, according to Brussels, would be encouraged by community economic incentives. The Commission proposes to abolish the rule that prevents the European Investment Bank (EIB) from financing the defense sector. The newly created European defense fund, endowed with 8,000 million euros until 2027, should also be expanded and reformed so that it can finance all phases of the weapons production cycle and not only, as is the case now, up to the prototype phase.

The community body even suggests a renegotiation of the community budgets for the 2021-2027 period, agreed at the July 2020 summit that created the recovery fund against the economic consequences of the pandemic. The goal of that budget revision is to significantly increase the defense fund. Brussels believes, according to the text, that this debate “may arise as a result of a broader discussion on the consequences of Russia’s attack on Ukraine.”

By admin
Recent Posts
Latest News
Facebook Twitter WhatsApp Telegram
Back to top button
Close
Featured Posts
The German extreme right deepens its crisis by leaving a regional parliament for the first time since 2014 | International
May 10, 2022

Italy: Meloni prevails over his partners Salvini and Berlusconi with the extension of the shipment of arms to Ukraine | International
5 days ago

Angola holds the closest elections since its independence | International
August 24, 2022

When politicians choose their voters, and not the other way around: this is how gerrymandering works in the United States | International
November 6, 2022

Macron will appoint the new prime minister today after the resignation of Jean Castex | International
May 16, 2022

Jens Stoltenberg, NATO leader: “Taking peace for granted in Europe can end in a war” | International

Brazil Elections 2022: Ciro Gomes, the third in discord that still rears its head between Lula and Bolsonaro | International
August 28, 2022

Brazil Elections 2022: Ciro Gomes, the third in discord that still rears its head between Lula and Bolsonaro | International