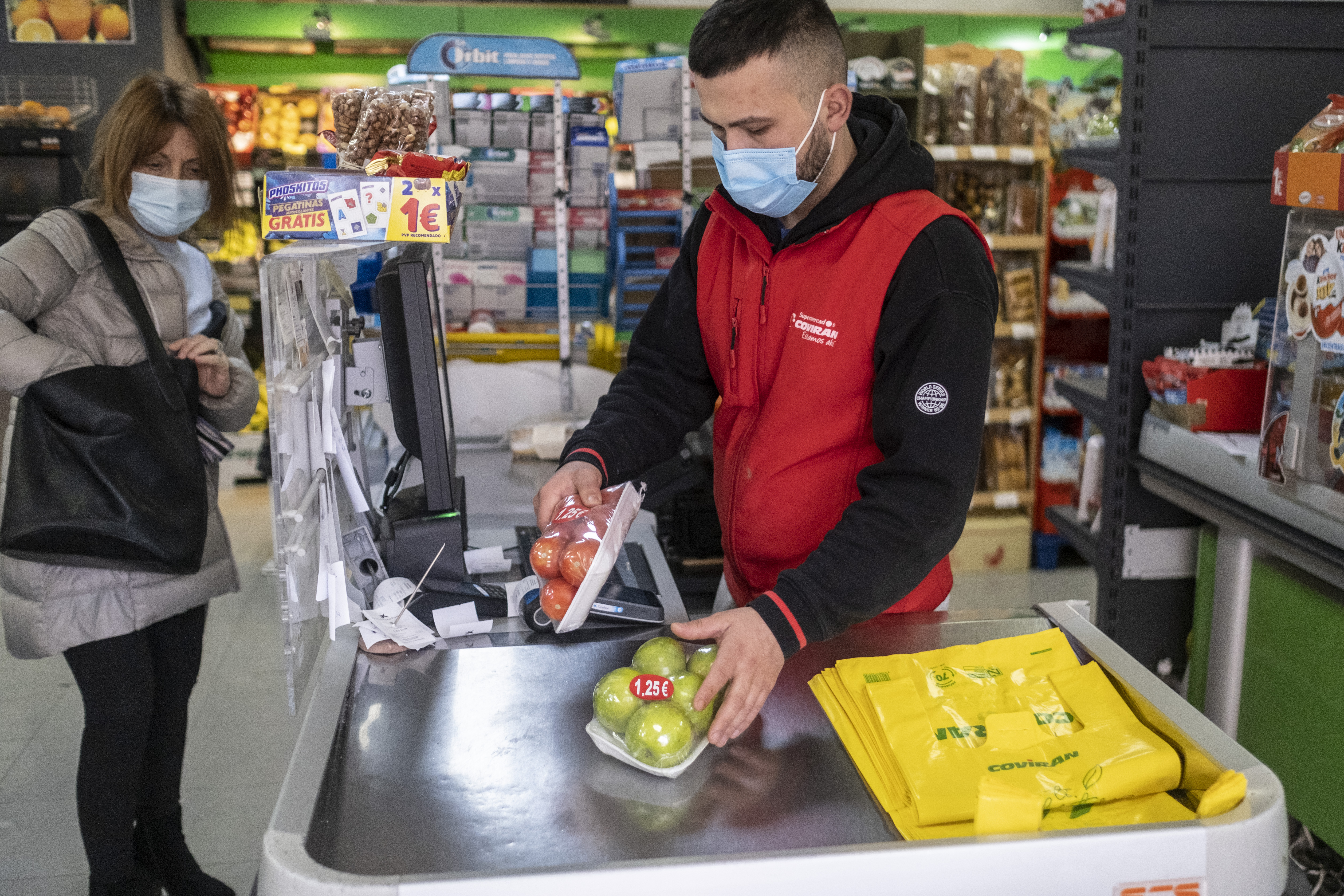 The pandemic may leave behind the normalization of the use of masks and a new perception of social conventions such as how to greet each other or the minimum distance to keep from the other. The stage of high inflation that Spain, like many other economies, has been suffering for months, will probably leave other habits as a legacy, especially among those who have fewer resources to face the crisis. The times of carefully comparing prices at gas stations and supermarkets to choose where to fill the tank or fill the shopping cart are not over. Nor do they finish studying the daily evolution of electricity rates to put the washing machine at the cheapest hours.

For many families, these practices have become essential to save as much as possible from the inflationist bonfire. And it is that the price increases, although they advance at a slower rate, are still high: the economic vice president, Nadia Calviño, announced this Thursday that the National Institute of Statistics (INE) will lower inflation today during the month of April to 8, 3% compared to last year, one tenth less than expected in its calculation two weeks ago. The data has the positive reading that it implies a decline compared to 9.8% in March, the second time that it has moderated from one month to another since February 2021. History, on the other hand, will place it in the archive of bad news: after March, it is the period with the highest inflation in the last 35 years.

The second month of war in Ukraine has brought a pause in the succession of price rises, but the basics have not changed much: the price of oil has barely fallen below 100 dollars in April, which gave rise to that month fuel remained very close to its historical highs despite the fact that the government slightly eased the bill by subsidizing a discount of 20 cents per liter. In electricity, the feeling was similar. Prices per megawatt hour were softened thanks to the entry into the system of more renewable energies and lower consumption due to rising temperatures, but rates are still far from those considered normal.

The brake on the escalation of prices, however, can promote a change in trend that Calviño sees very close. In an interview with this newspaper last week, he assured that the peak of inflation has already been left behind, and in the second half of the year, prices will fall. The vice president made it clear during her speech this Thursday at a conference on European funds organized by elDiario.es that the executive does not feel comfortable with the current figures. “It’s an unacceptable level,” he said.

Meanwhile, its consequences are being felt especially in households with tighter budgets. Food banks forecast a 20% spike in demand for aid this year due to rising shopping basket prices. That is, citizens who previously had the purchasing power to buy their own food, have ceased to have it. And wages lag behind: inflation grew four times more than wages in March.

For Ángel Talavera, chief economist for Europe at Oxford Economics, it is “undoubted” that inflation disproportionately affects lower incomes. “First, because they generally spend a larger part of their income on food and energy, which are the items that are increasing the most. In addition, they are items that are very difficult to replace — it is much easier to stop going on vacation or going to the theater than to stop eating or heating your house. And finally, they have much less savings, which makes it harder to absorb unexpected price increases,” he explains.

To that list we must add a factor such as housing: those with more resources usually own it, and do not have to pay rent —or face possible increases—, one less expense that frees them up extra savings that others do not they have. That when there is also the additional cushion of a property rented to a third party that provides recurring income. And your margin to avoid expenses is greater, for example waiting a little longer than usual to change cars.

The CaixaBank Research report titled Inflation does understand classes agree with that thesis. “It is often overlooked that the impact of a price increase does not affect all households in the same way. The sharp rise in basic necessities has a greater impact on the lower income brackets”, he concludes.

The Bruegel think tank, based in Brussels, has done calculations on it. “If a given good represents 20% of the total expenditure of low-income households [por ejemplo, la energía] and only 10% of the total spending of high-income households, and their inflation rate is 10%, the good will increase the inequality of inflation by one percentage point”, holds the text, produced by Grégory Claeys and Lionel Guetta-Jeanrenaud. The result it yields is clear: inflation does not affect all social classes equally.

The rise in prices thus contributes to deepening an inequality that is already exacerbated by the economic crisis derived from the confinements due to the pandemic. Despite the recovery of employment and the milestone of the more than 20 million contributors to Social Security, rampant inflation continues to empty pockets day by day. Especially the less baggy ones.

Statement from the USA that will escalate the tension: “We will use all our capacity, including nuclear”

For the first time in Germany, the azan was read from the loudspeaker

The cure that cuts off the bronchitis and cough and scrapes the phlegm: When it is drunk twice a day, there is no trace of the disease!

Child with grandmother died in fire

Bertha Deleon, from lawyer to the president of El Salvador to refugee in Mexico: “Bukele is very immature and vindictive” | International
July 25, 2022

Landing in China from Europe: Happy return to 2020 | International
September 4, 2022

Landing in China from Europe: Happy return to 2020 | International

NATO accuses Putin of escalating the war with his “fake referendums” in the occupied areas of Ukraine | International
September 20, 2022

The Minister of Infrastructures of Portugal: “It is inexcusable that the Portuguese and Spanish do not solve the railway connections” | International
June 23, 2022

The Minister of Infrastructures of Portugal: “It is inexcusable that the Portuguese and Spanish do not solve the railway connections” | International

Borrell provokes international rejection for comparing Europe to a “garden” and the rest of the world to a “jungle” | International
October 19, 2022