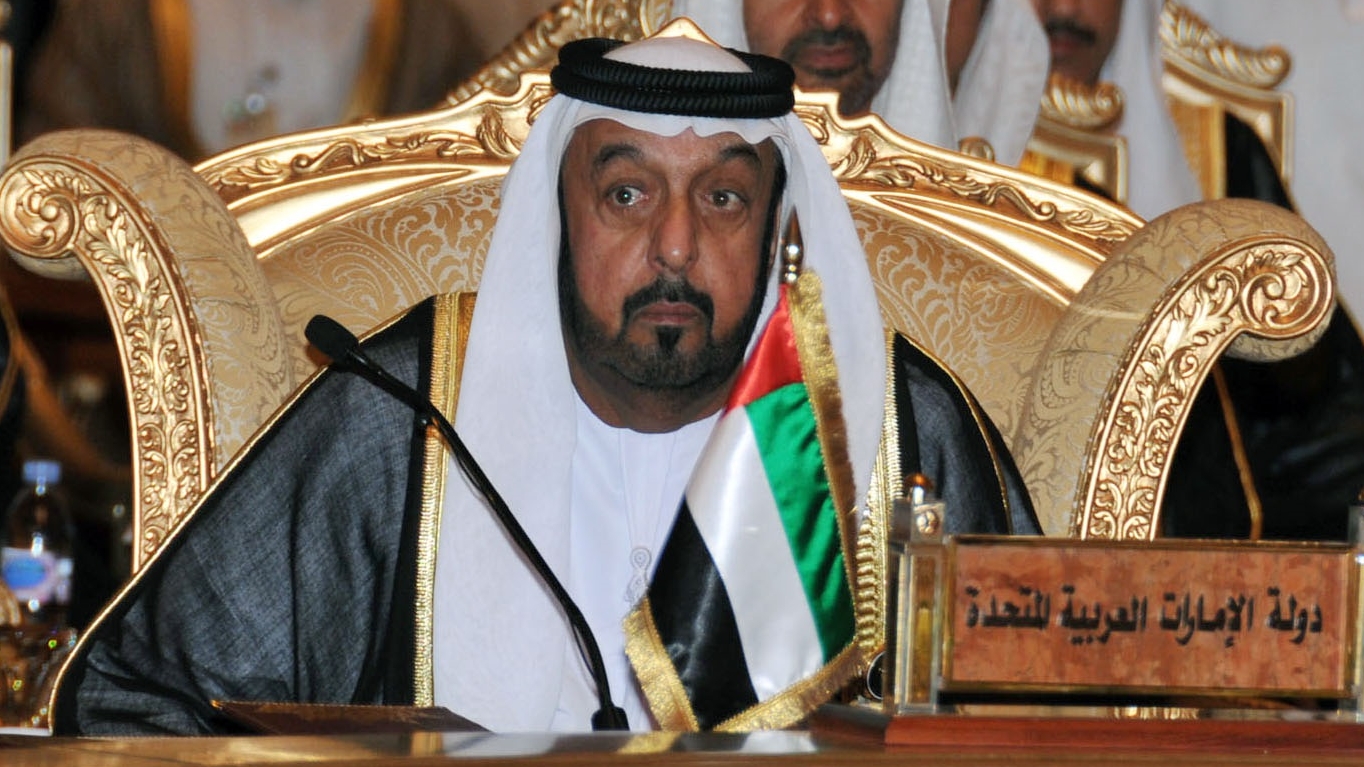 Abu Dhabi announced this Friday the death of its emir and president of the United Arab Emirates (UAE), Khalifa Bin Zayed al Nahyan, at the age of 73 (he was born in September 1948) and declared 40 days of official mourning. Sheikh Khalifa, as he was known, took over the leadership of the country in 2004, and suffered a stroke in January 2014. Although the authorities assured that he had been operated on successfully and that he was in a stable situation, he had only rarely appeared in public since then. No significant changes in the country’s politics are expected.

The Prime Minister of the UAE and Emir of Dubai, Sheikh Mohamed Bin Rashid, will hold the presidency provisionally until the Federal Council (made up of the rulers of the seven emirates that make up the federation) elects a new president. They have a period of 30 days to do so. It is taken for granted that the chosen one will be Mohamed Bin Zayed (MBZ), half brother of the deceased and heir to Abu Dhabi.

Sheikh MBZ has been the country’s strongman for several years now, receiving foreign dignitaries. Both he and the deceased are sons of Sheikh Zayed al Nahyan, founder of the federation, whom Khalifa succeeded in November 2004. The weight of Abu Dhabi automatically makes its emir president of the UAE and supreme commander of its Armed Forces. .

As was customary among royal families on the Arabian Peninsula, Sheikh Khalifa graduated from the Sandhurst Military Academy in the United Kingdom. He was named heir apparent in 1969 and two years later, when the UAE was established, he became the prime minister of Abu Dhabi and, soon after, deputy prime minister of the federation. From the beginning, he assumed responsibility for Defense and under his direction the Abu Dhabi Defense Force was formed, which would be the embryo of the future Emirates Army.

Official biographies describe him as a generous philanthropist, although it is difficult to separate his personal contributions from those of the state. Magazine Forbes I considered him one of the richest monarchs in the world. In addition to controlling oil reserves estimated at 97.8 billion barrels, the emirate has the second largest sovereign fund with assets worth 675 billion euros.

This strength allowed that in the face of the financial crisis that shook Dubai in 2009, the second largest emirate in the federation, Abu Dhabi could come to its rescue with a generous aid of 10,000 million dollars. Grateful, his glamorous neighbor decided to rename the tallest building in the world in his honor, which when it was inaugurated on January 4, 2010, was renamed Burj Khalifa (until then it was Burj Dubai).

In a country where privacy is valued and whose ruling families jealously control their public image, little is known about Sheikh Khalifa’s private life. Richard Olson, then the US ambassador to the Emirates, described him in 2009 as “a distant character without charisma”in one of the diplomatic cables leaked by WikiLeaks.

He was married to a cousin, Sheikha Shamsa Bint Suhail al Mazrouei, and leaves behind two sons, Mohamed and Sultan.

Extended holidays in 2022 in Brazil: See the national data and when the holiday will be extended | News

Check Also
Close
A serial killer is on the loose in peaceful Moscow, Idaho | International
37 mins ago

What we can know about the Russian strategy in Ukraine | International
March 21, 2022

What we can know about the Russian strategy in Ukraine | International

Zelensky demands in Davos to requisition all Russian assets abroad and allocate them to war victims | International
May 23, 2022

Murdered in Pakistan two women who lived in Spain for rejecting an arranged marriage | International
May 23, 2022

Lula is eating the center and disrupting Terceira via | News
March 8, 2022

Lula is eating the center and disrupting Terceira via | News

Brazil Election Results: Bolsonarismo Shows Its Strength and the Brazilian Congress Will Continue with a Conservative Majority | International
October 3, 2022

Brazil Election Results: Bolsonarismo Shows Its Strength and the Brazilian Congress Will Continue with a Conservative Majority | International

The breakaway candidate and the more traditional politician are vying for the presidency of Costa Rica | International
April 3, 2022