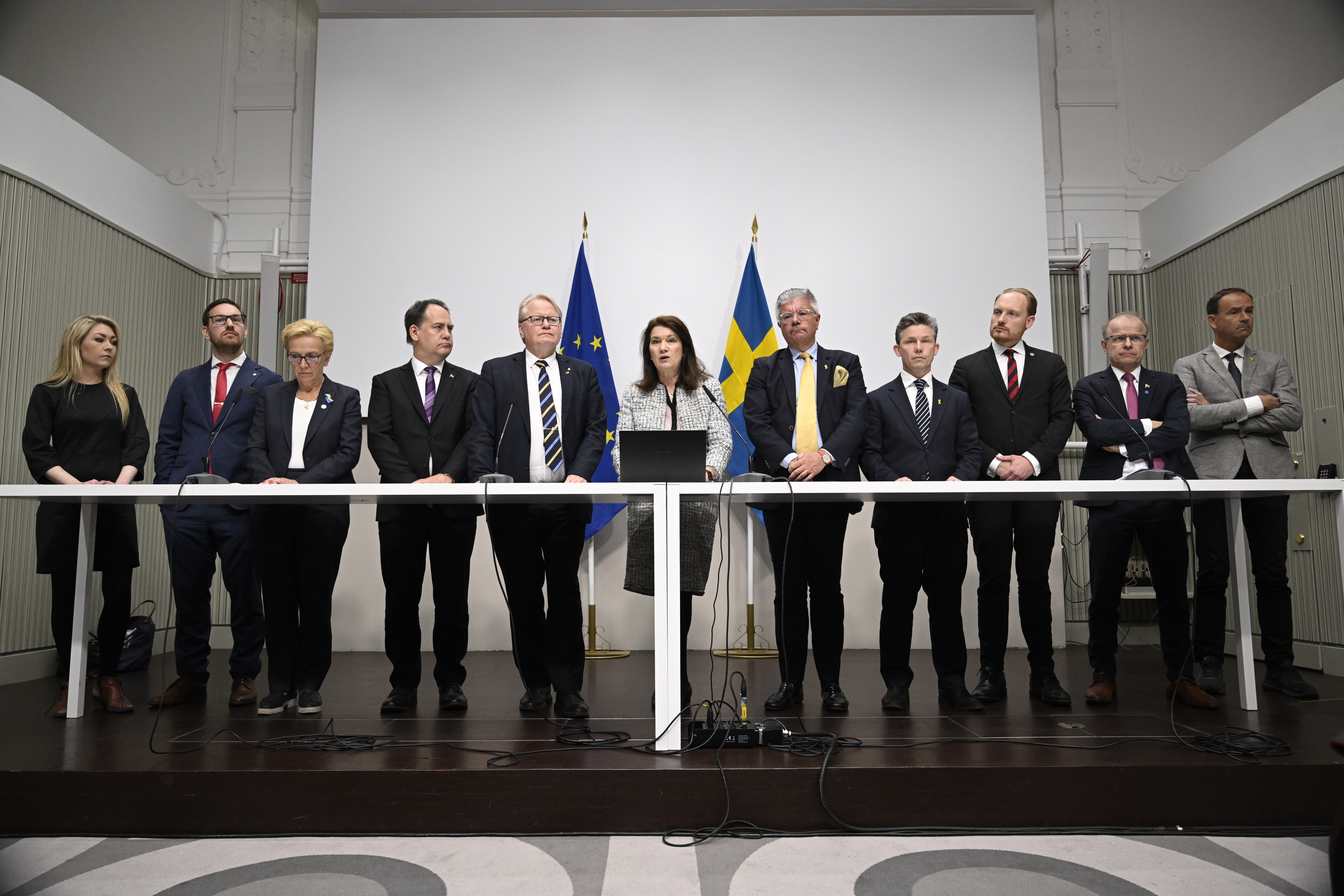 Sweden’s entry into NATO would have “a deterrent effect in northern Europe”, according to the conclusion a report agreed by the social democratic government of the country and by six of the eight parliamentary forces —except environmentalists and former communists—. The text, which analyzes the new security situation generated after Russia’s attack on Ukraine, concludes that, if “Sweden and Finland become members of the Atlantic Alliance, the Nordic and Baltic countries will be protected with the guarantees of collective defense ”.

According to the document, “Russia’s large-scale aggression against Ukraine has a nature and scope that Europe has not experienced since World War II.” And, although Sweden already cooperates on defense and security with its “strategic partners”, there are currently no “binding defense obligations”. That is to say, “there is no guarantee that Sweden will receive help if it were the target of a serious threat or attack”, since article 5 on collective defense only affects member countries, underlines the document, which was presented this Friday by the Swedish Foreign and Defense Ministers Ann Linde and Peter Hultqvist.

The report highlights that there is not much room to strengthen bilateral cooperation with NATO or within Europe because “it is clear that there is a lack of political will to create a collective defense in the European Union.” In addition, remaining outside NATO would force the country to face defense spending of more than 2% of the Gross Domestic Product (GDP), the minimum recommended by the alliance.

“The main consequence of a future entry into NATO would be that Sweden would be part of its collective security,” Ann Linde, who has expressed concern about the country’s security during the transition period until final integration, said at a press conference. in NATO. During this time, according to Linde, Sweden could be subject to cyberattacks or provocations such as violations of its airspace.

The presentation of the report comes a day after the president of Finland, Sauli Niinistö, and the prime minister of the Nordic country, Sanna Marin, issued a joint statement in which they urged to apply for admission to the Atlantic Alliance.

The Swedish Social Democratic Party, which alone heads a minority government, has called an extraordinary meeting of its leadership for Sunday after which they will make public their position on joining the alliance. The forecasts are that they are favorable to joining NATO. Next Monday, the Swedish Parliament will host a special debate on the new security report, which Prime Minister Magdalena Andersson will attend. After the act, the Swedish media believe that an extraordinary meeting of the Government could be held to announce the sending of a formal application for admission.

The possibility of Sweden and Finland joining NATO has already generated an initial negative reaction within the alliance. Turkish President Recep Tayyip Erdogan assured this Friday that Turkey is not favorable to the entry of the two Nordic countries. “We do not have a positive opinion. The Scandinavian countries are like a guest house for terrorist organizations,” he said in statements to the press collected by Efe, citing the Kurdistan Workers’ Party (PKK), considered a terrorist group by Turkey, the European Union and the United States. .

“We are currently following the evolution of Sweden and Finland, but we do not have a positive opinion, because they made a mistake in NATO regarding Greece before, against Turkey”, added the head of state after Friday prayer in Istanbul.

Europe: Brussels proposes to lighten the cost and paperwork for companies to attract skilled labor | International

From the Holocaust survivor to the heir to post-fascism: the ‘Meloni era’ reaches the Senate | International

The cap on Russian oil: one more blow to Moscow, but far from lethal | International
49 mins ago

Diego Molano: The Colombian Minister of Defense overcomes the motion of censure for the Putumayo massacre | America Colombia
May 5, 2022

Diego Molano: The Colombian Minister of Defense overcomes the motion of censure for the Putumayo massacre | America Colombia

The Italian oil company Eni will open an account in rubles to pay for Russian gas | International
May 18, 2022

Lavrov boasts of harmony between Moscow and Beijing with the announcement of a new “just and democratic” world order | International
March 30, 2022

Treaties: The European Parliament demands the end of the veto in the EU to circumvent countries like Hungary or Poland | International
June 9, 2022

Treaties: The European Parliament demands the end of the veto in the EU to circumvent countries like Hungary or Poland | International