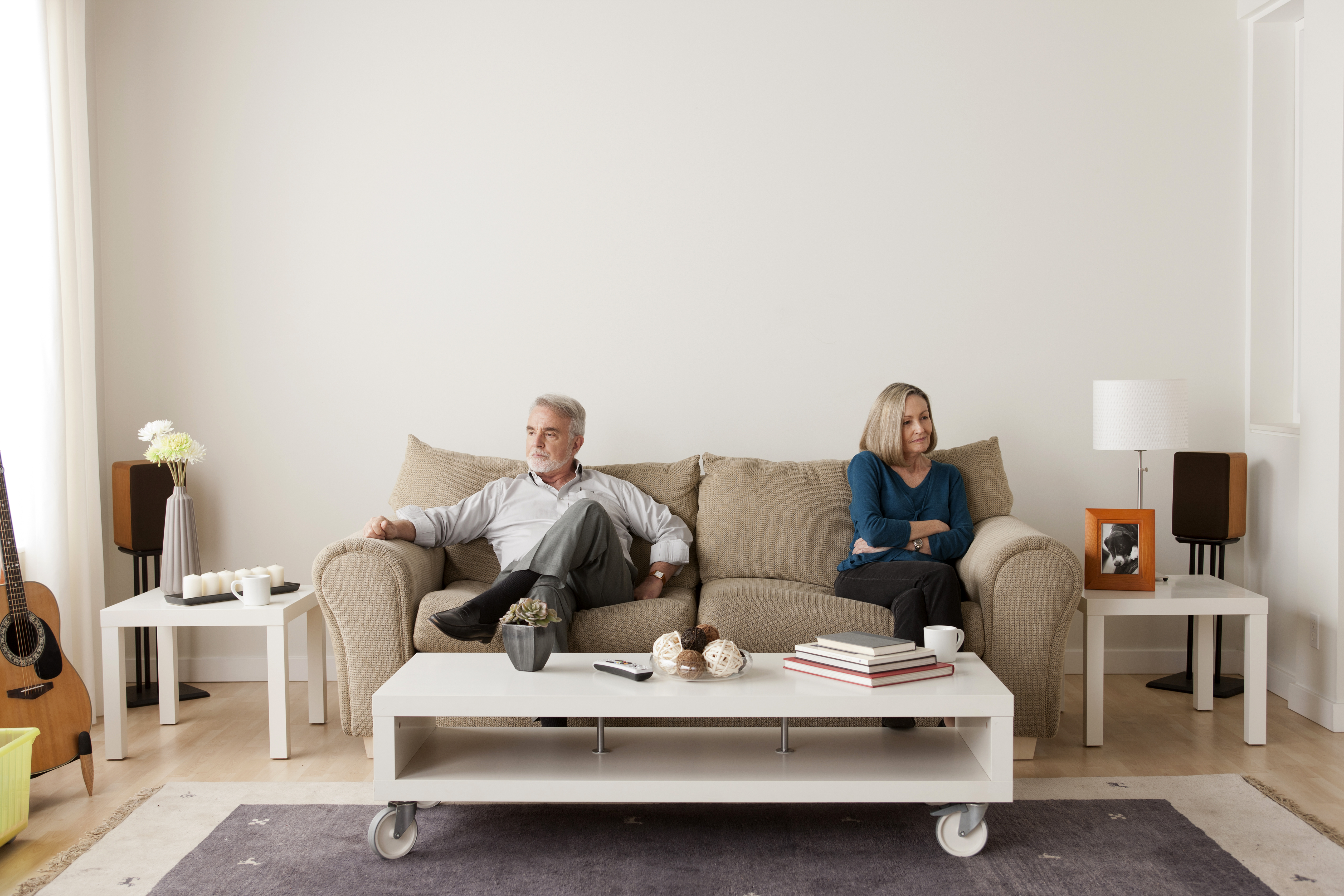 And now that? This is what thousands of couples ask themselves when they cross the threshold of retirement and begin a new life stage that implies changes. One of them is spending more time with your spouse, the one who now, and after decades of living together, has become a stranger. The consequence: divorces and separations between people over 65 have grown in recent years, and that is not only a vital adventure, but also a residential one.

It is time to think about where the two members of the ex-partner are going to live and what to do with the family home. Go ahead that there is no single solution and that, like almost everything in life, it depends on your economic situation and accumulated wealth. In times past, separating in old age was an occurrence that caused disbelief and rejection. But things (somewhat) have changed. It is not the age group that divorces the most, but it is one of the fastest growing. In 2020, the last year with data from the INE, 7,592 people between the ages of 60 and 69 were divorced. And 2,075 over 70 years. In total, 9,667 elderly citizens regained their single status. That’s without counting the separations: 771 in 2020. But that was an atypical year due to covid. In 2019, those over 60 years of age were involved in 11,720 divorces and 1,002 separations.

The sociologist Mariano Urraco, professor at the Distance University of Madrid, explains how and why these transcendental decisions are made at late ages: “Before, people lived only one life and now they live several. Individuals make many more decisions about their lives, they have gained more freedom, more room for manoeuvre, and at a social level it is better seen for people aged 65 to get divorced; before it was like a stigma.”

Longer life expectancy and active retirement have a lot to do with this idea of ​​not giving up or being cornered. Urraco explains that previous generations of older people did not even have the real possibility of considering the change. “The current ones have a certain economic independence; We are talking about the generations that have lived through the time of greatest labor boom in the country, it is where the money is”.

From then on a new episode begins: that of looking for a new house. The main conditioning factor is the economic relief that the ex-partner has. “Those people who acquired a home during their life together are more likely to buy again than to rent, as long as their economy allows it”, according to the experience of Jesús Duque, vice president of Alfa Inmobiliaria. It is important that the home was acquired during the life of the marriage and that the couple was married under community property.

There is a frequent case and it is when there is a second residence in addition to the main home. “They usually put both properties up for sale in order to later be able to distribute the amount obtained. These profiles usually buy again”, adds Duque. And what they buy are “smaller houses, of a lower level and usually without a mortgage,” says Jorge Queipo, broker at Re/Max Properties. Although asking for financing or not will depend on the age and the amount requested (financial institutions establish the maximum age to have a mortgage at 75 years). It is also common to change location and opt for a more affordable one. “The prices at which they buy are usually 40% of the money obtained from the sale of their common home,” says Queipo.

If the ex-spouses have tighter economies and their assets are not buoyant, the situation is more delicate. In this case, the way out is the sale of the family home followed by a double rent. Although it will depend on the city, because in capitals like Madrid, Barcelona or Palma it can be practically impossible. So you opt for the search for a flat to share with people who are in the same situation. In portals like Milanuncios it is easy to find them.

On other occasions, they have no choice but to move to a relative’s house or resort to residences or municipal apartments for the elderly, in which they contribute a percentage of the income they receive. Without forgetting something crucial: “Many couples do not separate because they cannot economically live independently,” recalls Duque. If one of the members has no income and is unprotected, it is usual to attribute the use of the family home to him. “It can be temporary or for life, depending on whether after the divorce there is a significant economic imbalance between the two and their age, among other factors. It can be agreed in the divorce regulatory agreement itself, if it is by mutual agreement, or in the court ruling, if the divorce is not amicable”, says Fátima Galisteo, head of the Galisteo Abogados law firm.

An alternative that is gaining greater prominence in Spain is the senior cohousing. There are dozens of projects in progress, development or planning throughout the country. Pedro Ponce is 71 years old and is the president of the Senior Cohousing Huelva cooperative, a collaborative life proposal that is being implemented in the urban area of ​​Huelva for people between 44 and 70 years old who are looking for a solution for active aging. Living in community is the perfect medicine to combat the loneliness that haunts older people, whether they are divorced or widowed. Because, as Ponce says, “empty nest syndrome is torment.”

The project, with 44 houses and which works under the modality of transfer of use, was born from the proposal of a group of people —unknown until then— who have formed a cooperative to promote a residential complex and social, cultural and healthcare, non-profit and self-managed. The project, which is expected to be ready by the end of 2023, has already involved an investment of four million euros.

It has been running for nine years now. cohousing Trabensol, located in Torremocha de Jarama (Madrid). It is the second to be implemented in Spain and has given ample evidence of fulfilling its mission. “The maxim is solidarity and mutual help,” explains Jaime Moreno, 84, one of the founding members of the cooperative. Its 54 members (about 80 people) paid a total of 145,000 euros and now they pay between 1,200 and 1,400 euros per month to cover all kinds of expenses: meals, cook, therapeutic baths, concierge, cleaning, supplies… If the member dies, the invested is returned to the heirs (without monthly expenses). He is also reinstated if he quits.

Breaking news: Galatasaray is at the top of broadcast revenues! Big 4 gains…

Check Also
Close
Vacancy: The Peruvian military turned its back on Castillo | International
15 mins ago

An attack with explosives leaves at least five dead and 16 injured in Ecuador | International
August 14, 2022

The Shiite stronghold of Kabul lives under psychosis due to the risk of attacks | International
August 10, 2022

Sinn Féin: “It was our turn to govern Catholics in Northern Ireland after 100 years” | International
May 8, 2022

Trained between Russia and NATO and hardened in Donbas: the generals who stopped the invasion of Ukraine | International
3 weeks ago

Trained between Russia and NATO and hardened in Donbas: the generals who stopped the invasion of Ukraine | International

Josep Borrell: “We Europeans must be willing to pay a price for supporting Ukraine and maintaining unity” | International
August 11, 2022

Biden Says ‘Nuclear Armageddon’ Is Closer Than Ever Since the Cuban Missile Crisis | International
October 7, 2022

The rise and fall of Javier Milei, the star of the liberal far-right in Argentina
June 18, 2022

The rise and fall of Javier Milei, the star of the liberal far-right in Argentina