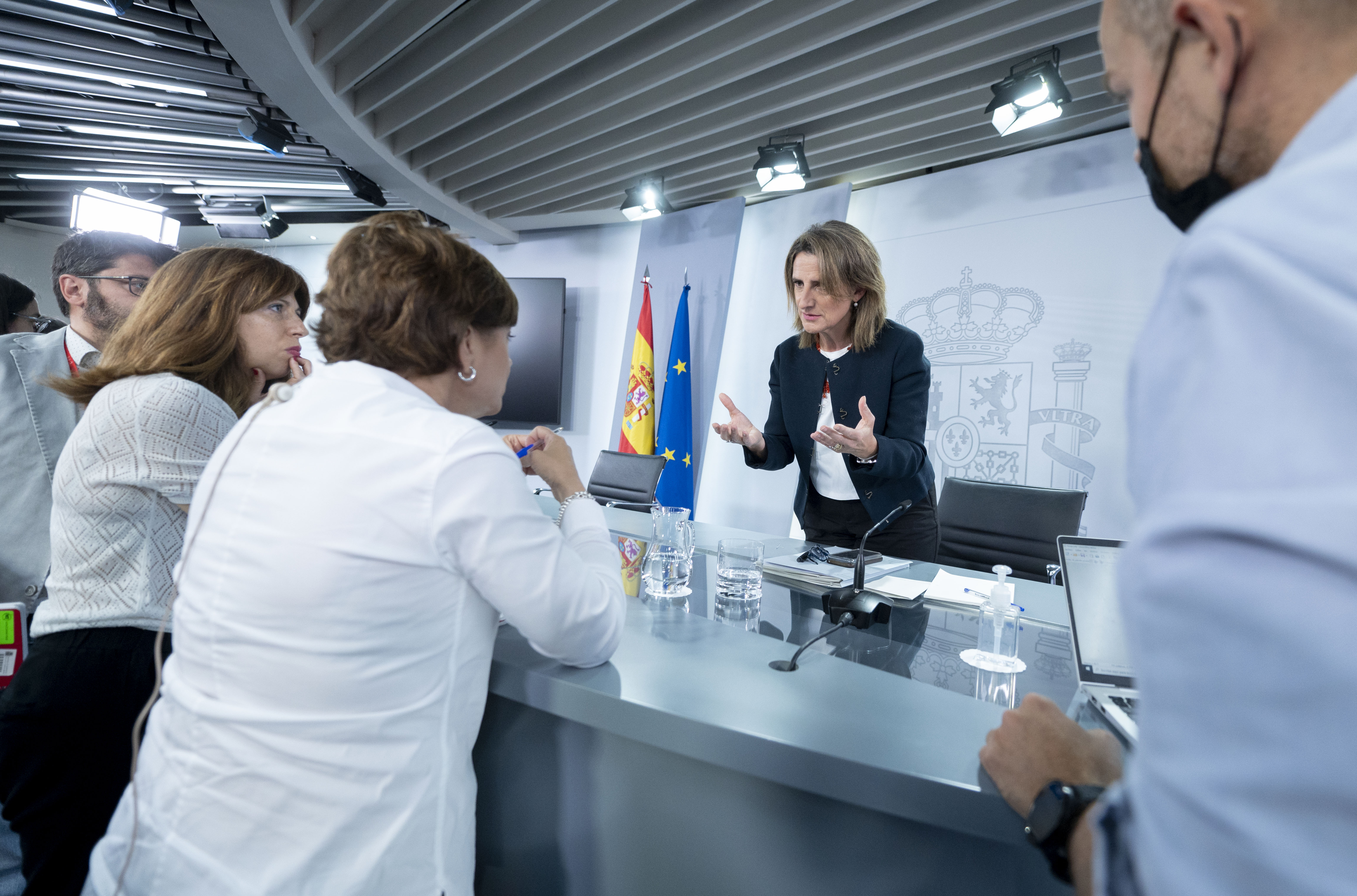 The long-awaited limit on the price of gas and coal for electricity generation, with which the Government undertakes to reduce the wholesale price of electricity by more than 30%, is accompanied by a promise to Brussels: to have ready, before the next October 1, the master lines of the regulated rate or PVPC. Although the Government’s forecast is that these changes will not formally come into force until “early 2023”, this coming fall the Executive will already have to have made “the necessary modifications” to illuminate a “new calculation methodology” for the rate of the almost one in four households and seven out of ten industrial clients have contracted electricity.

The main objective of the reform will be to reduce the volatility suffered by those who have a PVPC contract, especially after what happened in the last year, in which the brutal increase in the price of natural gas —whose cost has increased fivefold— has exponentially increased your bill. The escalation of electricity, much faster than that suffered by the free market —where the conditions are negotiated by the client with the trading company and remain fixed for a year or more—, has also affected the most vulnerable families, the covered by the social bonus.

Breaking that link, now direct, between spot prices —the most volatile: they evolve hour after hour and day after day— and the electricity bill of the around 10 million customers covered by the regulated market is imperative. So much so, that in the royal decree published this Saturday in the State official newsletter (BOE) The Executive recognizes that “one of the conditions” imposed by the European Commission to give the green light to the limit on gas is, precisely, the reform of the voluntary price for small consumers (PVPC).

Although without specifying the details, the legal text offers some clues as to what that future regulated rate will be like. Unlike what is happening today, the price that these households will pay will be influenced not only by the immediate price of electricity (from one day to the next), but also part of it will be determined by the futures markets, a month, a quarter, or even a year ahead. This is how regulated tariffs are calculated in Portugal, a country with which Spain shares the electricity market and from which the design of the new system can be inspired.

In the future calculation model, however, the Ministry for the Ecological Transition does not want the link between the PVPC and the very short-term markets to disappear completely —within an hour or a day— in order to prevent households and companies from losing the incentive to adapt their consumption to the times or days in which the electricity system generates cheaper and cleaner electricity, either because the supply of renewables is abundant or because demand falls. It is about, states the Government, to “include (…) a certain exposure of these consumers to the short-term price signal [que] encourage energy efficiency, storage and demand management”.

The limit on gas, a bridge until the change in the regulated rate

The Executive explicitly admits that the emergency adjustment that will limit the price of gas and coal for thermal power plants in order to reduce the price of electricity is nothing more than “an extraordinary measure while this reform is carried out and comes into force from effectively, which is not immediate”. In other words: the express intervention of the electricity market with which the Spanish authorities aspire to substantially reduce price pressure is only a bridge until the new PVPC rate is ready. “In no case will the adjustment mechanism regulated in this royal decree-law be applicable beyond May 31, 2023,” reads the legal text.

Although already published in the BOE, the limit on gas and coal will still have to wait to come into force. First, because internally, the Government gives 12 days to the electricity companies and the system operator to adapt to the new environment. And second, and more important, because the final approval of the European Commission is still missing. For this last step there is no date yet, but in the decree the Government believes that it will arrive “very soon”. In any case, the express change will not take effect until the June invoice. Waiting, always, for the reform of the PVPC that will enter into force at the beginning of next year.

Eliminate energy subsidies and focus on the most vulnerable: Fedea’s advice to the Government | Economy

15 truths of ‘My First Home Land My First Work Place’

Lapsus$, who is it and how does the group of hackers that has big technology companies in suspense | companies

At least six dead in a shooting in Sacramento, the capital of California | International
April 3, 2022

At least six dead in a shooting in Sacramento, the capital of California | International

The last Ukrainian strongholds in Donbas await the invader | International

Venezuela: The UN concludes that opponents were tortured by government orders in a network of clandestine houses in Venezuela | International
September 21, 2022

Venezuela: The UN concludes that opponents were tortured by government orders in a network of clandestine houses in Venezuela | International

Elizabeth II was not born to be queen | International
September 10, 2022

Elizabeth II was not born to be queen | International

Macron proposes a European confederation broader than the EU to host Ukraine | International
May 9, 2022