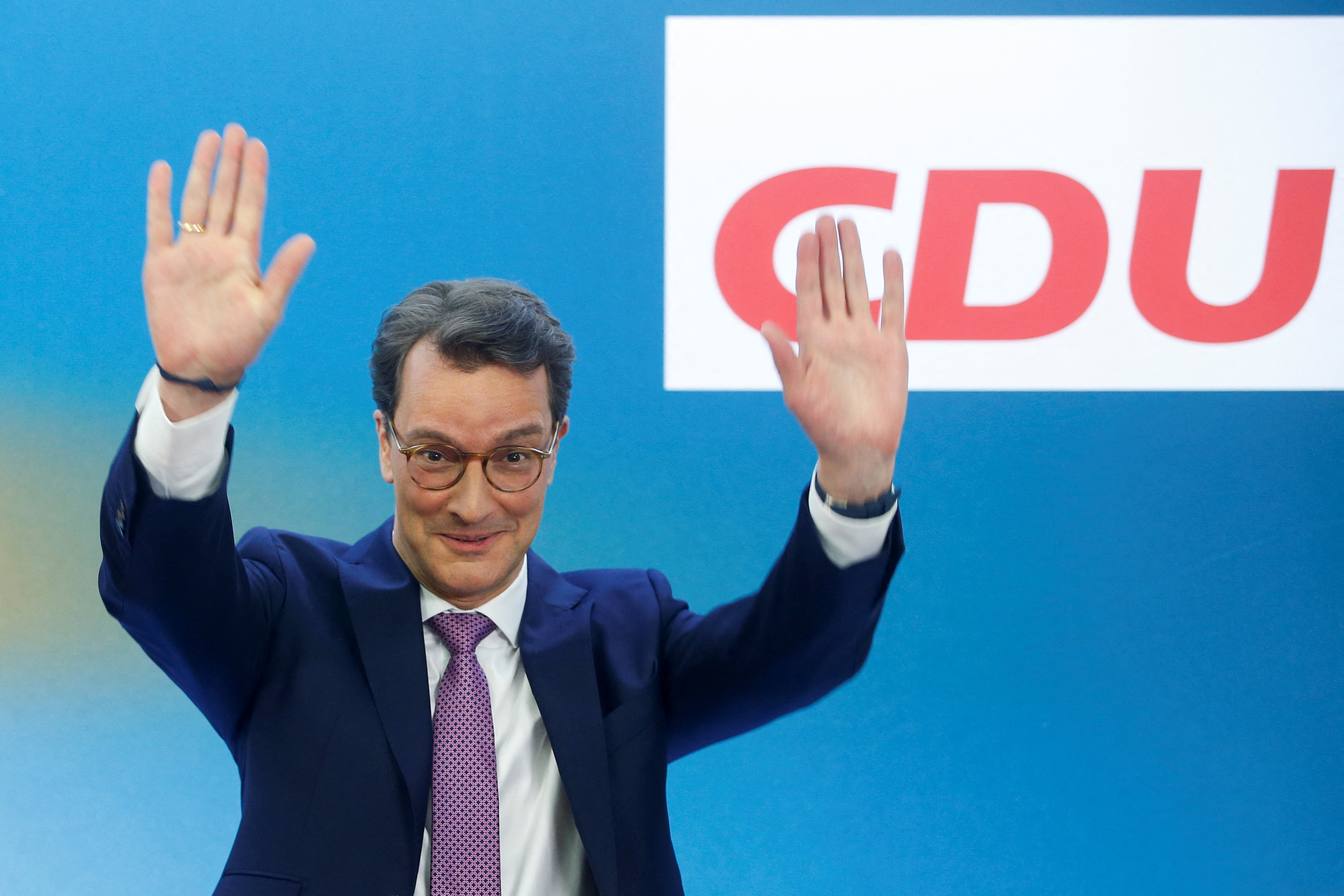 The crucial electoral pulse held this Sunday in North Rhine-Westphalia by the two main German parties, the Social Democrats of the SPD and the Christian Democrats of the CDU, has opted for the side of the conservatives. The CDU has obtained 35% of the votes, compared to 27.5% of the SPD, the formation of Chancellor Olaf Scholz, according to the polls released by the ARD public television at the closing of the polling stations. The other winners of the day have been Los Verdes, who have increased the support of citizens by 12 points compared to the 2017 elections, to obtain 18.5% of the votes. For the Social Democrats, who until not long ago had in this land one of their biggest electoral fiefdoms, the defeat is especially painful because they have obtained their worst historical result.

North Rhine-Westphalia is the richest and most populous state in Germany. Almost 13 million voters were called to vote —out of a total of 18 million inhabitants—, practically one in five Germans, in what is known as “miniature federal elections”. The results have a national reading because Scholz has been personally involved in the campaign by participating in events with the candidate, Thomas Kutschaty, and even appearing alongside him on election posters. The Social Democrats were confident that a victory would reassert his leadership within five months of his inauguration. The defeat, on the other hand, will be interpreted as a wake-up call from citizens to his handling of the Ukraine crisis.

North Rhine-Westphalia, which is home to one of the largest industrial concentrations in Europe on the banks of the Rhine and Ruhr rivers, voted for the Social Democrats for decades. The SPD ruled 45 of the 50 years before 2017, when Angela Merkel’s CDU won by surprise in this land emblem of the rise and fall of the mighty German coal and steel industry.

The victory of the Christian Democrats gives a tailwind to their federal leader, Friedrich Merz, who has only been in office for a few months and needed a good result to reaffirm his leadership with a view to the long-distance race towards the next general elections, in 2025. result strengthens his possible candidacy for chancellor. It is also a shot of confidence for a party that lost the general election last year after 16 years of conservative dominance under Angela Merkel.

The likely next Minister President of North Rhine-Westphalia will be 46-year-old Hendrik Wüst. The Christian Democrat had barely been at the head of the coalition government with the Liberals for half a year. He inherited the post from the party’s previous chairman, Armin Laschet, when he was named the Conservatives’ candidate for chancellorship. Although he has not had much time to present management results to the citizens, he has been enough to beat the SPD candidate by almost eight points, who is not too popular either.

The liberals of the FDP have obtained 5% of the votes, just above the threshold that allows them to enter the regional Parliament, although the final results may vary by a few tenths. The party has lost almost eight points compared to the percentage it obtained in 2017. The far-right Alternative for Germany (AfD) has registered 6% of the support, a point and a half less than in 2017, but will continue to have its own group in Parliament from Düsseldorf, the state capital. Die Linke, the leftist party heir to communism, has not obtained enough votes (2.1%).

These elections are the first major test of the coalition government that Scholz formed with the Greens and the Liberals. The response to the Russian invasion of Ukraine, runaway inflation and the energy crisis that has been triggered by Germany’s effort to shake off dependence on Russian hydrocarbons have featured among the campaign issues, although voting has generally been regional. Until now, this year’s electoral appointments had ended in a draw. The SPD won in the Saarland in March, but last week suffered a blow in Schleswig-Holstein, where it posted its worst ever result and fell behind the Greens in third place.

Wüst currently governs in coalition with the FDP liberals. The poor result of this formation indicates that probably the minor partner for the next legislature will be the Greens, which also sends a message at the federal level. The environmentalist party is improving its results in all regional elections, in parallel to the approval ratings that its ministers are reaping in Berlin. Robert Habeck, Vice Chancellor and Minister of Economy and Climate, and Annalena Baerbock, Minister of Foreign Affairs, are according to the latest polls the most popular politicians in the country, above the chancellor. As happened with the general elections in September, the Greens will hold the key to the next government in the Rhineland.

As is often the case with elections in the German states, the campaign issues have focused above all on day-to-day concerns. The CDU has promised more police, teachers and health personnel, to improve infrastructure so that all municipalities with more than 20,000 inhabitants have a good train or express bus connection and tax exemption for the installation of solar panels. The SPD has put the focus on jobs, affordable housing and education, insisting that the Rhineland must be climate neutral “but not de-industrialised”.

The closure of most of the coal mines in the 1980s left a trail of unemployment in the region and prompted a forced reconversion. Today, the mining activity that made the Ruhr area prosperous has given way to other sectors, such as finance. If it were an independent country, this land It would be a world leader in exports, boasts the regional government on its official website. Thirty-seven of the 100 largest German companies are based in the Rhineland, including the pharmaceutical company Bayer, in Leverkusen, and Deutsche Telekom, in Bonn. The unemployment rate, however, is one of the highest in Germany, at 6.6%, when the country’s average is 5%.

The protests in Ecuador, in pictures

Brazilian goalkeeper was expelled from Paraguay, due to VAR, before the game began | Sports
March 8, 2022

Brazilian goalkeeper was expelled from Paraguay, due to VAR, before the game began | Sports

Angola holds the closest elections since its independence | International
August 24, 2022

Martín Guzmán resists Kirchnerist pressure: “They hit you from all sides”
May 10, 2022

Martín Guzmán resists Kirchnerist pressure: “They hit you from all sides”

War in Ukraine: The Ukrainian town of Shevchenkove searches for its mayor, kidnapped by the Russians | International
April 3, 2022

War in Ukraine: The Ukrainian town of Shevchenkove searches for its mayor, kidnapped by the Russians | International

Álvaro Uribe will go to trial for alleged bribery in the middle of the presidential campaign | International
April 28, 2022

Armenia asks Russia for help and denounces that Azerbaijan has invaded part of its territory | International
September 14, 2022

Israel and Lebanon reach an important agreement on the maritime border for the exploitation of gas | International
October 11, 2022

The return of the remains of the victims of Accomarca, the worst massacre in Peru
May 19, 2022

The return of the remains of the victims of Accomarca, the worst massacre in Peru