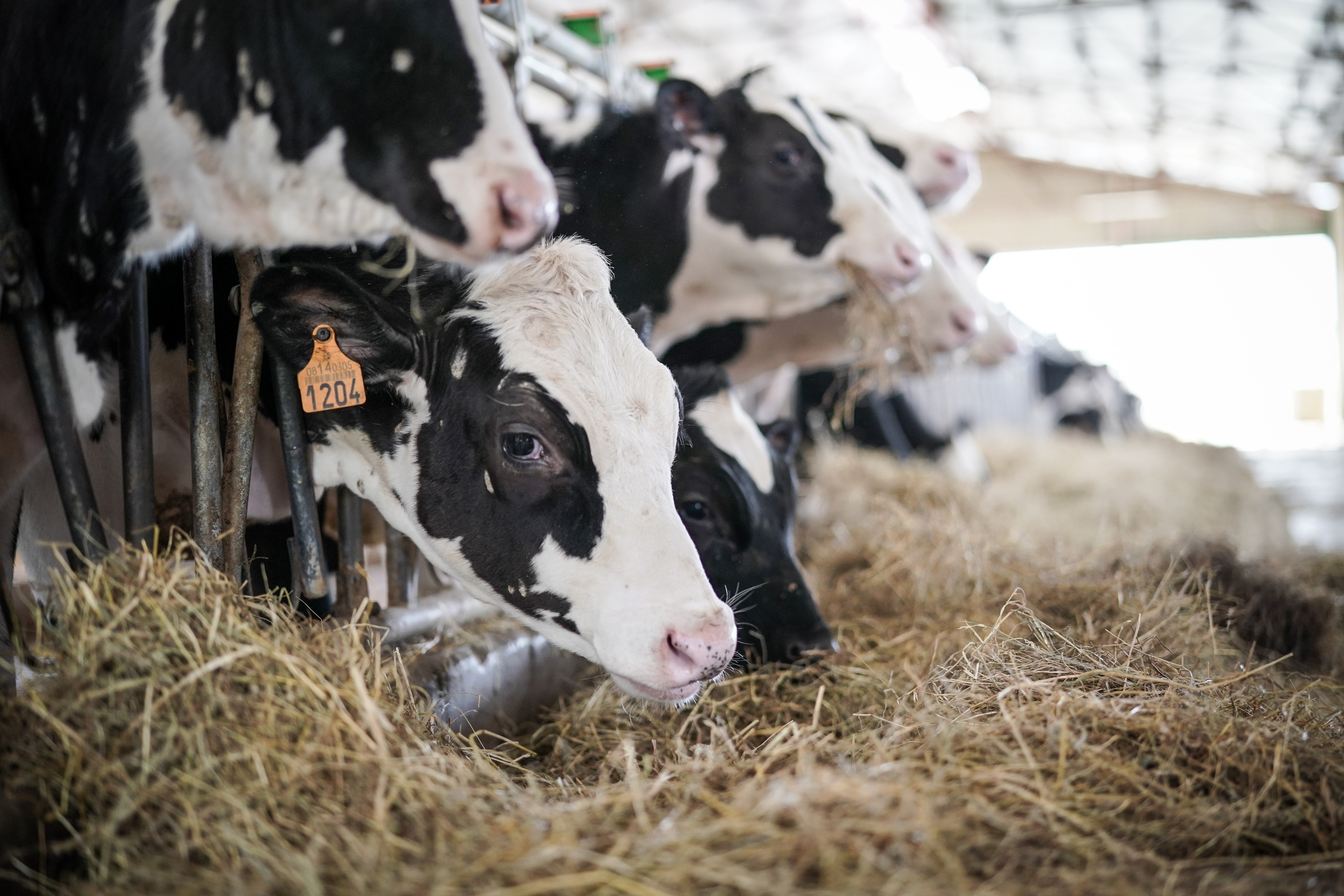 The end of the milk quotas in 2015 was considered to lead to a turnaround in the sector, with a sharp increase in production and, above all, the possibility of a relocation of farms, with traditional producing areas losing weight to gain prominence farms basically intensive or less linked to pastures and closer to consumption centers.

It was not so. There were changes, with a slight increase in the volume of farms and their production, which increased by 7%, to 7.4 million tons between 2016 and 2020. But what did not occur with the end of the quotas have achieved the low prices supported in recent years at origin, to the point of causing a reconversion of the sector based fundamentally on three aspects: first, the acceleration of the annual closures of farms to 700 or 800 due to the age of their owners, the low profitability and the scarce incorporation of young people. Second, a resizing of the farms, with massive closures in the group of farmers with less than 10 cows, a strong growth of farms with a hundred animals up to 700, and expansion to fifty farms out of a total of almost 12,000 with more than 2,000 animals, of which 14 are in Catalonia. Third, its progressive relocation to areas that are not traditionally dairy farms, with intensive farms and close to the greatest points of demand outside the Cantabrian coast and Galicia.

Between 2016 and 2020, the average number of cows per farm went from 51 to 64, but they exceeded 300 cows on average in autonomous communities such as Aragón, Murcia or Valencia, or 290 in La Rioja, with increases of more than 50% and with a strong increase in production. Compared to the evolution in areas that are not traditionally dairy cattle farmers, in Cantabria, Asturias or the Basque Country, the increases barely reached 20%, up to 42 animals in Asturias, 54 in Cantabria, 67 in the Basque Country and 45 in Galicia.

Based on this evolution of the animals and the genetic improvement, since 2016 the increase in production in Galicia was 11% compared to the behavior of other traditionally livestock areas, where productions have stabilized or decreased slightly, as in Cantabria. But, on the contrary, they rose in the rest with percentages reaching 31% in La Rioja, 19% in Aragón, 18% in Valencia, 11% in Andalusia, 7% in Castilla y León, 5% in Castilla-La Mancha. . With the data of the last year, a noteworthy note is that Galicia, in the face of the global stabilization of supply, grew by 3.19% more, up to three million tons.

The closure of farms due to lack of generational change, but ultimately due to lack of profitability, massively affected almost 3,000 small family farms with less than 10 animals, but also larger ones, such as that of Raúl Placencia, 38, in the Burgos town of Valbonilla. “We had 150 cows and I closed the family dairy farm to work only with meat production. I did not see economic joy in the account, I had to make many investments and also the lack of labor was a problem”.

Rufino de la Iglesia did the same, closing and putting up for sale the 200 cows on his farm in Colmenar del Arroyo, in Madrid, due to low profitability and the decision of his daughters not to continue in the activity. “It is sad to close, to get rid of your cows that have been your companions, to see how your work to build a heritage has not been worth anything and what I have generated have been losses. In this matter of milk, the economy of scale does not work to reduce costs. Here, the more cows, the more you lose, and young people do not want to be permanently tied to this type of farm”.

Adoración Martín, in Nava de Arévalo (Ávila), with her retired husband and her on the doorstep and two daughters not involved in the operation, has decided to gradually get rid of the animals and is emptying the stable year after year. “I have removed 75 cows and I have another 54 left in milking. When I close I will dedicate myself only to agriculture, because livestock is a slave activity that does not leave you a day off. It’s not paid for.”

But in this adjustment process, not everyone opts for closure. María Manteiga, 26, with studies in Agricultural Engineering, in Lalín (Pontevedra), opted with her mother to continue the activity, increasing the farm from 40 to a hundred cows and introducing two robots in it. “I continue because I like the profession. I was born on the family farm and I continue because I have a farming vocation,” she says. Ramón Morlán’s family, in Bétera, Valencia, also decided to remain in the activity, but their bet was for a large farm of almost 2,000 cows and more than 20 million liters of milk, permitted by current regulations. The company is a supplier of Danone and understands that one of its strengths is the location of the supply of raw materials near large consumption centers.

Faced with this type of farm, the Ministry of Agriculture is in the debate phase of a draft royal decree for the management of cattle farms, as was done in previous years with pigs or poultry. The objective is to achieve a regulation to have a competitive sector due to the size of its farms, but at the same time respectful of the environment and the territory. The new provision provides for four types of farms, depending on the size, and different requirements in each case. There is a first stratum with up to 20 animals, a second from 21 to 180, a third from 181 to 250, and a fourth with a maximum ceiling of 850 head of cattle.

Gaspar Anabitarte, a Cantabrian farmer with a viable family farm, is one of those who have opted in the crisis for differentiated quality instead of volume and, along these lines, he directed the farm towards the production of organic milk that It allows you to obtain better prices and achieve sufficient profitability despite the increase in costs. At this time, his concern as COAG leader is the progressive relocation of milk production from the traditional areas based on pasture and housing, to move to others based only on intensive housing in other territories near the centers of production. consumption.

From the Agrarian Unions in Galicia, Román Santalla, the UPA responsible rancher, with more than a hundred cows, advocates viable family farming as an outlet for production and for the maintenance of the territory. “We are a fundamental part of the territory’s sustainability and the main stakeholders in its conservation because we live in it. But, as if the problems caused by the low prices suffered for years had not been few, there are provisions planned in terms of organization of the sector, such as the location of farms, distances or manure management, with investment requirements that will make even more activity is difficult given the impossibility of dealing with them”, he explains.

The rise in prices that began in recent months due to the global imbalance between supply and demand may represent a new horizon in the sector, slowing down closures and abandonments. But today, despite the conversion process towards more efficient farms, with prices against those of recent years, production is still two million tons below the demand for milk and derived products. The key is still the price.

Summit in Madrid: NATO speeds up the path of rearmament in the face of new threats | International

Ukraine resists in the first month of the Russian invasion, but suffers a high cost | International
March 24, 2022

Ukraine resists in the first month of the Russian invasion, but suffers a high cost | International

The war intensifies in Mali due to the French withdrawal | International
April 1, 2022

The death of a young woman detained for wearing the veil wrong provokes a wave of protests in Iran | International
September 18, 2022

Putin prepares to intensify his war against Ukraine | International
March 12, 2022

Putin prepares to intensify his war against Ukraine | International

Italy: Meloni stumbles in Europe because of immigration | International
7 days ago

Italy: Meloni stumbles in Europe because of immigration | International

The director of the Atomic Energy Agency: “The Iranian nuclear program is advancing at a gallop and we have very little visibility” | International
July 22, 2022

The director of the Atomic Energy Agency: “The Iranian nuclear program is advancing at a gallop and we have very little visibility” | International