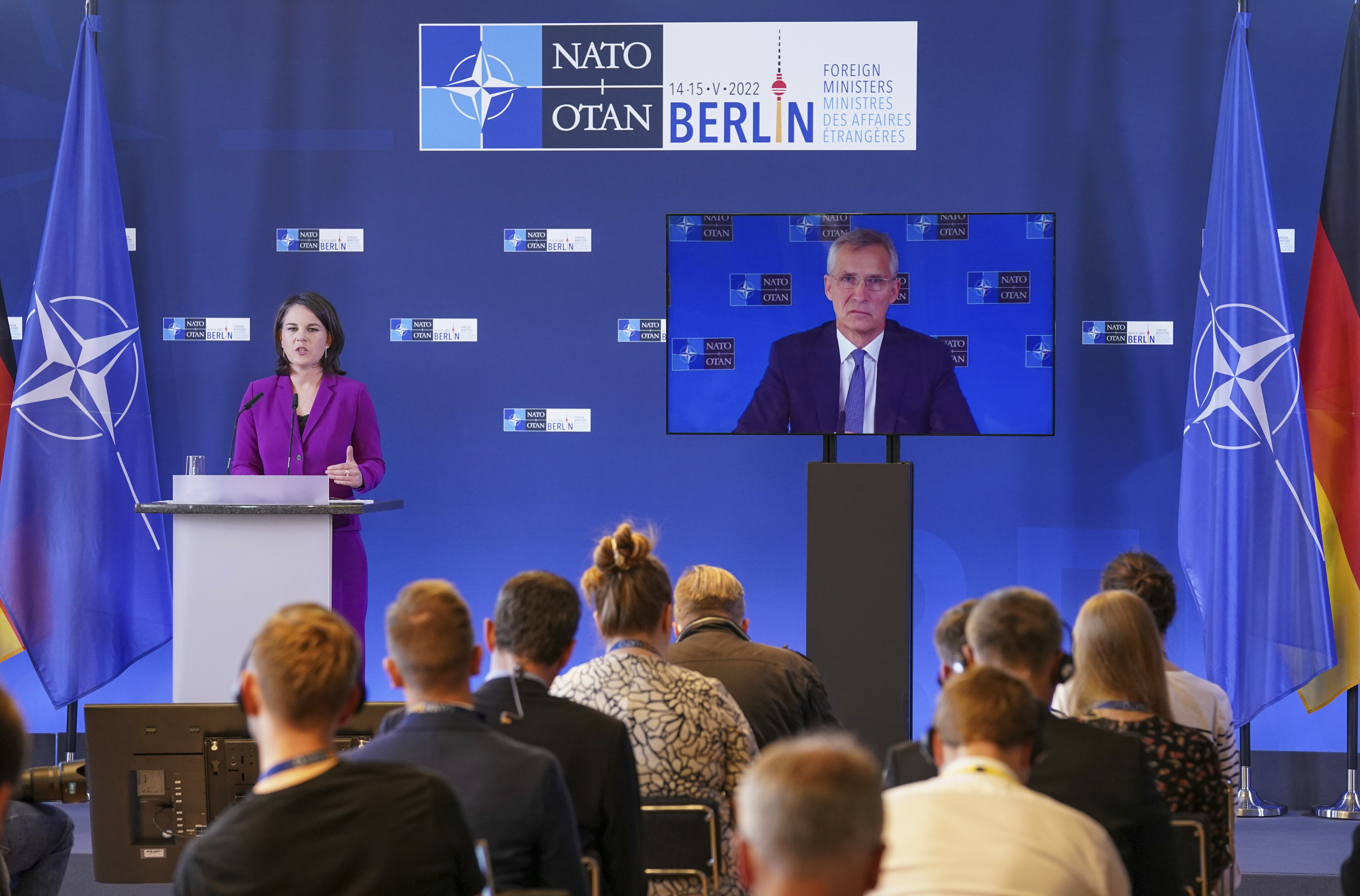 NATO will welcome Finland and Sweden with open arms if they finally decide to apply to join the Atlantic Alliance and is ready to push a rapid accession process among its 30 members, even the shortest in the organization’s history. This was stated this Sunday by Jens Stoltenberg, its general secretary, after the informal meeting of foreign ministers held in Berlin. Germany is already designing the ratification process in its Parliament, so that it takes as little time as possible, added Defense Minister Annalena Baerbock. Turkey’s reticence stands in the way of that intention at the moment. Despite the fact that the meeting was convened to discuss the situation in Ukraine and how to continue supporting kyiv militarily, Ankara’s doubts have led to the meeting.

NATO is willing to offer the two Nordic countries “security guarantees” during the accession process, according to Stoltenberg, who has pointed to the possibility of reinforcing the organization’s presence in the two countries. “Finland and Sweden are concerned about the interim period,” stressed the secretary general, adding that the Alliance will try to “accelerate this process.”

Turkey’s foreign minister said Sweden and Finland must “stop supporting terrorists” in their countries, provide clear security guarantees and lift export bans on Turkey if they want to join NATO. Mevlut Cavusoglu stressed that this is not a threat, but simply expressing his concerns. This Sunday Finland has confirmed that it will apply to join the Alliance and Sweden is expected to do the same, in response to the Russian invasion of Ukraine. Turkey’s concerns may be an obstacle as any decision on eventual enlargement requires the unanimous approval of all 30 members. To questions from journalists, Stoltenberg assured however that “Turkey has not said that it intends to block the entry” of the two Nordic countries.

While the “doubts” that Turkey claims to have are resolved, practically all the States have taken advantage of the meeting in Berlin to express their support for both candidates. Baerbock has said that Finland and Sweden are already essentially members of NATO, even though they lack “the official membership card”. “They are not just our partners, not just our friends, but they have been part of our European family for a long time,” he said at a press conference to which Stoltenberg has joined by videoconference from Brussels after having tested positive for covid .

“The United States would strongly support the application for membership,” said Antony Blinken. The US Secretary of State has assured that he had heard “almost generalized and very strong support” for NATO accessions. “I’m sure we will reach consensus,” he added.

Ministers from Turkey, Finland and Sweden met Saturday night on the sidelines of the NATO ministers’ meeting to discuss their differences. According to what the Turkish minister told the press in his country on Sunday, the members of the Alliance have not been able to convince Ankara. Turkey has been a member of the Atlantic Alliance since 1952 and for now it is the only partner that has publicly expressed its opposition to enlargement with the two Nordic capitals. “The problem is that these two countries are openly supporting […] to terrorist organizations that have been attacking our troops every day,” the Turkish minister told reporters upon arrival at the meeting.

Stoltenberg has assured that he is “convinced” that a consensus can be reached that allows the accession of Sweden and Finland. Neutral for decades, their entry would mark one of the greatest transformations in recent Alliance history. “This is a historic moment for NATO,” Stoltenberg said. Until now these two countries were against joining the organization, but the invasion of Ukraine has changed public opinion and that of the main political parties.

Pope Francis visits the tomb of Celestine V, the first pontiff to resign from office | International

War in Ukraine: Censored art to bid farewell to the dead in the kyiv crematorium | International

Europe: Brussels proposes to lighten the cost and paperwork for companies to attract skilled labor | International

80 shells a day against Kharkov, the great Russian-speaking city of Ukraine | International
March 23, 2022

80 shells a day against Kharkov, the great Russian-speaking city of Ukraine | International

Israel and Turkey resume full relations after more than a decade of tension | International
August 17, 2022

A politician allied with Bolsonaro barricades himself and injures two police officers to avoid being arrested | International
October 24, 2022

Ukraine: Ukraine puts 300 dead in the bombing of the Mariupol Drama Theater | International