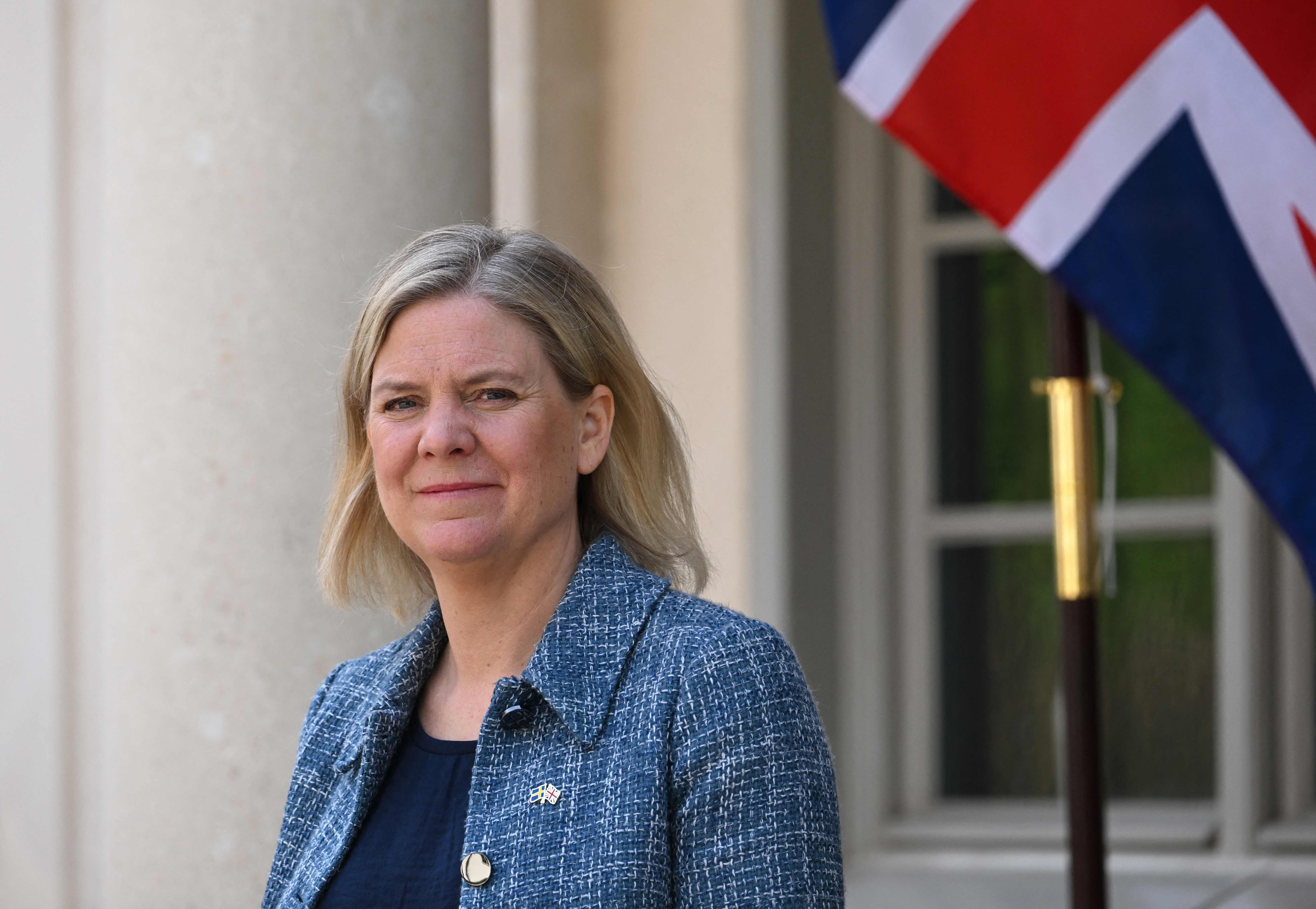 The Swedish Social Democratic Party, which governs the Scandinavian country in a minority, has reported this Sunday that it will support Sweden’s accession to NATO in the Riksdag (Parliament). The formation, winner of all the general elections for more than 100 years, thus reverses its traditional position contrary to being part of a military organization. The announcement considerably smoothes the process for Sweden to apply to join the Alliance, since the only two parliamentary formations that maintain their opposition to integration into the transatlantic bloc are the Left Party and the Green Party, which only add up to 43 of all 349 seats in the Riksdag.

“The board of the Swedish Social Democratic Party has decided at its meeting on May 15, 2022 that the party will work for Sweden to apply for NATO membership,” reads the statement released by the formation of the prime minister, Magdalena Andersson.

The announcement by the Social Democrats comes hours after the President of Finland, Sauli Niinistö, and the Prime Minister, Sanna Marin, made the Nordic country’s candidacy for NATO official, which must be ratified in the coming days in the Finnish Parliament.

The chances of Stockholm and Helsinki applying to join the Atlantic Alliance were slim at the beginning of the year, but the war in Ukraine has completely transformed public opinion in both countries; It has also caused a profound upheaval in the political class: in recent weeks, almost all the parliamentary forces that had been against giving up their position of neutrality (or non-alignment) for decades have been announcing that, given the new situation generated after the Russian offensive that began on February 24, they considered that it was necessary to apply for membership of the military bloc in order to have the guarantees of the mutual defense clause (article 5 of the North Atlantic Treaty). With the entry of Sweden and Finland, all the Nordic and Baltic countries would be part of the transatlantic organization.

The decision has not been easy for the Swedish Social Democratic leadership; Different factions of the party have shown their rejection during this week, in which three virtual days have been held to adopt a joint position. Among them, the Association of Social Democratic Women, headed by Annika Strandhall, Minister for the Environment. “We continue to believe that military non-alignment is the best option for the country,” Strandhall said in an interview on the private network TV4. “Sweden has always been one of the world’s leading actors for peace and nuclear disarmament,” she added.

The internal frictions threatened to fracture the Swedish Social Democratic Party – which has governed alone or in coalition for much of the last century – less than four months before the general elections in September. In recent days, several demonstrations have taken place in Stockholm against joining NATO, one of them in front of the national headquarters of the Social Democrats.

Sweden and Finland have maintained very close cooperation in the military field in the last decade, during which they have also become NATO’s two main partners outside the organization; Swedish and Finnish representatives have been repeatedly invited to participate in Alliance meetings, and soldiers from the two Nordic countries have rehearsed in military maneuvers organized by the transatlantic bloc. Events in Helsinki over the last month have forced the Swedish political class to speed up their debate on NATO membership and to make a decision sooner than expected.

The Swedish Social Democrats intended to reveal their final position at the end of this month, but last week, the formation’s spokesman, Tobias Baudin, reported that it would be this Sunday when an irreversible position would be adopted. The presentation of a report in Parliament in which the new security situation in the Scandinavian country generated after the war in Ukraine was also brought forward two weeks; On Friday, the text was made public, agreed by all the parliamentary forces of the parliamentary arch except the environmentalists and the ex-communists, in which it was highlighted that Sweden’s entry into the military organization would reduce the risk of the conflict spreading to the north of Europe.

This Monday, both the Swedish and Finnish parliaments will start the debate on joining NATO. The secretary general of the Atlantic Alliance, the Norwegian Jens Stoltenberg, announced this Sunday in Berlin that the organization is ready to promote among its 30 members a rapid accession process for Sweden and Finland if they finally formally request membership, even the shortest in the history of the military bloc. The integration of the two Nordic countries should be approved by the Parliaments of the thirty allies; sources from the military organization advanced this week that the ratification could take between six and 12 months.

Sweden’s entry into NATO would end more than two centuries of neutrality, although Stockholm has insisted in recent years that membership of the European Union made it “militarily non-aligned,” not strictly neutral. The Scandinavian country has not been involved in any armed conflict for more than 200 years, although it has sent soldiers to some UN peacekeeping missions, including those in Kosovo, Afghanistan and Mali. In late February, Sweden announced that it would send weapons to Ukraine, something it had not done to any other country since 1939, when it helped Finland repel an invasion launched by the Soviet Union shortly after the start of World War II.

At the beginning of this century, Sweden chose to gradually reduce its military capabilities. However, the Russian annexation of the Ukrainian peninsula of Crimea, in 2014, caused the plans to be reversed. During the following years, air and naval capabilities were strengthened, compulsory military service was reinstated and various regiments that had been disbanded were reinstated.

Latest news from Hurricane Ian as it passes through Florida and North Carolina, live | International

Refugee abuse in Rwanda, the ‘African Switzerland’ to which the UK wants to send asylum seekers | International

By admin
Recent Posts
Latest News
Facebook Twitter WhatsApp Telegram
Back to top button
Close
Featured Posts
Carolina Tohá: “It would be very serious if the constitutional process in Chile were frustrated” | International
4 weeks ago

Carolina Tohá: “It would be very serious if the constitutional process in Chile were frustrated” | International

Elections in France 2022: these are the candidates for the presidency | International
April 10, 2022

Elections in France 2022: these are the candidates for the presidency | International

Rosario Robles is released from prison after three years and will be able to defend herself in freedom
August 20, 2022

Russia: Tinkov, the Russian oligarch who lost his bank for criticizing Putin’s offensive | International
May 2, 2022

Macron will appoint the new prime minister today after the resignation of Jean Castex | International
May 16, 2022

Josep Borrell: “We Europeans must be willing to pay a price for supporting Ukraine and maintaining unity” | International
August 11, 2022