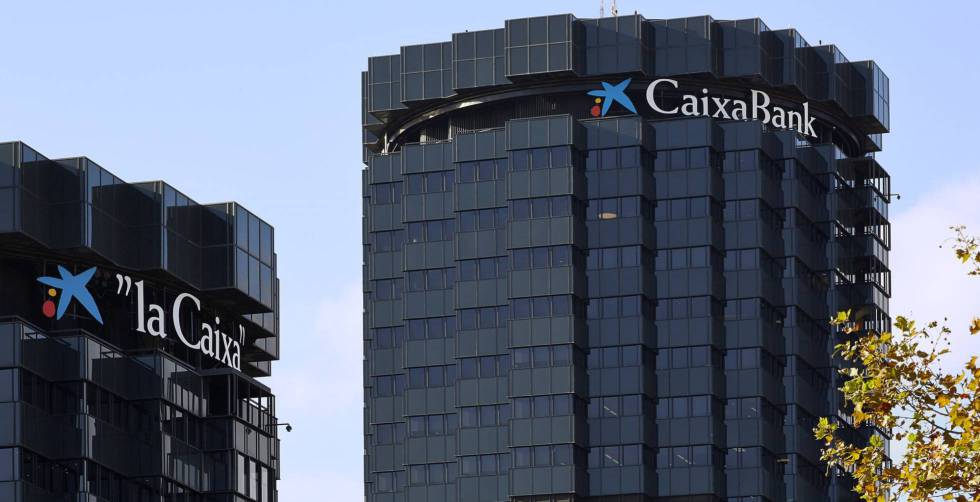 CaixaBank will invest this year up to 1,800 million euros in the purchase of treasury shares with the intention of redeeming them, reducing the bank’s share capital and offering greater liquidity to its shareholders given the low price of shares, in a path similar to that announced by its competitors Santander and BBVA. This has been communicated this Tuesday to the CNMV as one of the basic points of the strategic plan that will govern the direction of the entity in the next three years. Between this capital reduction, a distribution of cash dividends that will exceed 50% and the surplus of excess capital of over 12%, the bank led by Gonzalo Gortázar believes that it will have around 9,000 million euros to distribute until 2024 .

The new guidelines for the entity’s future come a year after the merger with Bankia was consummated, when the integration process is almost completely completed (it has ended with the departure of 6,452 workers and the closure of hundreds of branches) and when Economic uncertainty still rages from the last throes of the pandemic, the supply bottlenecks that have shaken the world economy and, ultimately, the Russian invasion of Ukraine.

But there is a graph in the plan drawn by CaixaBank that explains its optimism: that of interest rates. After six years operating with negative interest rates, the great cross of the period for the financial sector, as of April expectations have changed forced by fear of an inflationary spiral and the central banks have decided to raise them. The US Federal Reserve has already done so and from July the European Central Bank will join. CaixaBank estimates an average of between 1.5% and 1.6% in the 2023-24 period, compared to the negative half point that prevailed in 2021.

The ultimate objective of the new roadmap is not so much to grow in business volumes, but to almost double the return on equity (ROTE) and place it above 12%, a scenario that was already contemplated in the last strategic plan in the if rates had gone up earlier. The intention is to ensure that revenues grow at a rate of 7% over the next three years (in the case of the subsidiary BPI, 9%), with special attention to the insurance business, which is expected to increase by 10%, and a evolution of commissions of 2%. The interest margin, taking into account the new rates, could increase by 8%. The efficiency ratio will jump, always according to the forecasts presented to the CNMV, from 58% with which 2021 closed to less than 48%. And it is also estimated that delinquency is below 3%.

The bank starts as the largest player in Spain, but it plans to “strengthen” that leadership in the commercial market and raise revenues, increasing its penetration of products and services, basically insurance policies, but also deposits. Mortgage production should grow 50% compared to the last three years and consumer credit 30%. Customer savings capture should grow to approach 30% (29.6%) of the business share, 70 basis points.

This strategy will continue to revolve around the network of urban offices store (they will account for 22% by the end of 2022) and those of Agrobank in rural areas, but remote care with a manager through the inTouch channel is not left out (it plans to go from 2.4 to 4.6 million customers) and much less digital, the great investment of traditional banking to attract new customers, both commercial and business.

CaixaBank maintains that the distribution of dividends will have a fully social effect, defending that the main beneficiaries of this return will be the La Caixa Foundation, which will receive 30% in line with its stake in the bank through CriteriaCaixa, and the State, owner of 16% of the bank’s shares. An additional 28% are 646,000 small shareholders.

The bank considers that the strategic plan that it is launching now would not be possible without the increase in revenues from the core business achieved with the merger without the reduction in costs. Nor without the divestments carried out in the portfolio of CaixaBank investees that consumed excessive capital from the entity: Boursorama, BEA and Inbursa (transferred to CriteriaCaixa), Repsol and Erste.

The stock market gets serious: three bubbles that burst when money stopped being free | Business

Statement from the USA on the critical meeting with Russian intelligence in Ankara: To avoid miscalculations

Target restoration after excavation at Magarsus Antique Theater in Adana

Taken off for two-day-old baby

Vote without thinking in Ukraine | Opinion
3 weeks ago

Vote without thinking in Ukraine | Opinion

Lizz Truss sees victory in the race to elect the Conservative who will govern the United Kingdom soon | International
July 29, 2022

Riot in Ecuador: the confrontation in the Santo Domingo prison, in pictures
May 10, 2022

Riot in Ecuador: the confrontation in the Santo Domingo prison, in pictures

Elections: Kazakhstan’s leader opens the polls with a calculated ambiguity against Putin | International
2 weeks ago

Elections: Kazakhstan’s leader opens the polls with a calculated ambiguity against Putin | International

Is China making us dizzy in the Ukraine war? | Opinion