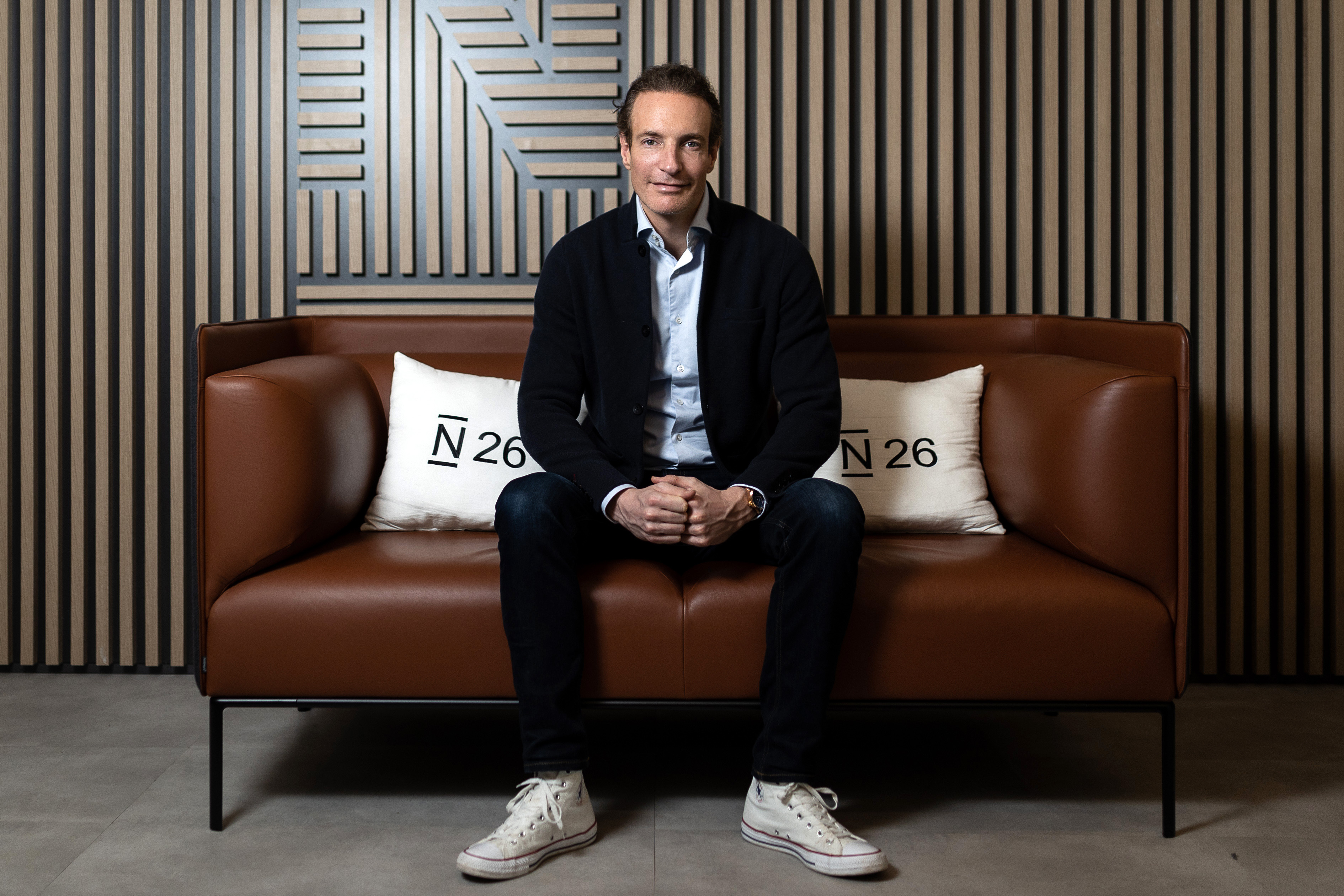 Maximilian Tayenthal is co-founder and co-CEO of N26, the neobank that became one of the sensations of the new economy at the end of 2021: it reached a valuation of more than 9,000 million dollars and raised 900 million for its expansion, which automatically raised the possibility of a next step, that of going public. The German entity has not only had good news: it has been sanctioned by BaFin, the German regulator, for not following the money laundering rules and has had to restrict new customer registrations. And to focus on the European market, it has left the US and the UK.

Ask. What motivates you more: building a business or changing the way the banking industry works?

Response. There are many banks in the market and customers will only choose us if we have a positive effect on their lives. But having said that, we also need to build a sustainable business. We must be profitable to be able to have an impact on customers and expand into markets like Brazil. We want to build a company with 100 million customers around the world, but for that to happen we need time and a lot of resources.

P. Traditional banking is close to its model, but maintaining the branch network. Do you think you can beat them?

R.There is a transition, like the one that has occurred in other industries with Booking, Amazon, Uber or Spotify. 25 years ago we went to branches when we needed cash, when we wanted to make a bank transfer… Today, a growing number of customers no longer go. I still have an account in an Austrian bank and have not been in that bank for the last eight years. Not even once. The value proposition of traditional banks is weakening because they are providing a branch network that an increasing number of customers no longer use. And at the same time they are charging higher fees because the branch network is very expensive and they also have higher overhead costs. We are in a different position: we have much lower technological costs and we get a client for a fraction of the price of traditional banking. We can provide one of the best and cheapest products on the market. And that’s important because a growing number of customers no longer consider the size of the branch network or the friendliness of the employees, but the appearance of the product online and mobile. And that’s really where none of the traditional banks are outstanding.

P.Can they offer the same services as traditional banking?

R. In its field, traditional banking can provide better quality, and that is relevant. In our case, for someone who wants to pay 5,000 euros every day in cash because they have a restaurant, we are not providing the best experience. But for a growing number of customers, N26 or other neobanks can provide a better experience and product than traditional banks.

P.What types of companies will they buy with the money they have raised?

R.They will be from space fintech, that can offer a relevant infrastructure, or that have a strong client, in solid markets in which we are not yet. It could be, for example, in banking for SMEs.

P.How has the brake imposed by the German regulator on new bank account registrations due to the lack of prior control affected you?

R . Obviously, growth is one of the most important parameters for us, so it is affecting us in a way that delays development. We grow much less than we used to. That said, we are making pretty good progress with the measures we have to put in place to overcome the restrictions.

P. When do you think they will recover the speed they had in the past?

R . Throughout this year.

P . Do you get the feeling that the new bank plays in inferior conditions compared to traditional banks in terms of regulation?

R . Maintain agility start-up It is a challenge. It can be challenging to navigate a highly regulated banking environment. So yeah, it’s a difficult space in a way. I think that financial services is a very difficult sector, but also very rewarding. I don’t think we are being treated unfairly by any regulator. We are used to solving problems through technology and have the ambition to be the European technology leader when it comes to preventing fraud and money laundering.

P . This year they are going to enter the cryptocurrency market. Spanish banking avoids it because of the risk it has…

R.We have been very reluctant, to be honest, to embrace the cryptocurrency business. And we thought that if you compare us to other neobanks, we were a little late, but we wanted to see if it was something that was here to stay. The trading Cryptocurrency is one of the most requested features by our customers, so we are going to offer it to you. It is more of an asset management category than a payment method.

R.Basically we will offer operations, in the same way that you can invest in bonds or in other products.

P.They left the US market last year leaving half a million customers. Do you think they will have to come back?

R.What is important to us is that we have left the market in a way that people can always come back. Basically, we haven’t burned any bridges. A lot of money is going to be invested to exit the market in an orderly manner. Right now and for the foreseeable future, we need to focus on the markets where we are and where we have 70 million customers in Europe. It is always painful to exit a market, because obviously there are also many investments that we needed to leave behind, but it is a clear decision.

P.When will N26 be ready to go public?

R. The company will be ready by the end of the year, although we just raised $900 million. It is a strategic option, but we have more money in cash than we have spent in the last nine years. We have various options. Until now we have kept private shareholders who have offered us resources in exchange for doubling the size each year, despite not yet being profitable. You have to think about which investors you want to have and what is the right time to list. It’s not going to be a matter of this or next year.

Forbidden Apple 152nd episode is on the air!

Clash between tribes in Sudan: 150 people lost their lives

Scholz settles the dispute between greens and liberals over nuclear energy: he will extend the life of three plants for four months | International
October 17, 2022

Scholz settles the dispute between greens and liberals over nuclear energy: he will extend the life of three plants for four months | International

Lula appeals to his legacy as president in the first televised interview of the campaign | International
August 26, 2022

Gender: male; Age between 20 and 30 years; ethnicity: Uyghur. This is the X-ray of inmates in Chinese re-education centers in Xinjiang | International
May 24, 2022

Gender: male; Age between 20 and 30 years; ethnicity: Uyghur. This is the X-ray of inmates in Chinese re-education centers in Xinjiang | International

20 witnesses, a mobile phone and a weapon “fit for shooting”: the investigation of the attack on Cristina Kirchner
September 3, 2022

20 witnesses, a mobile phone and a weapon “fit for shooting”: the investigation of the attack on Cristina Kirchner

Simon Coveney: Ireland’s Foreign Minister: “There is a large majority who would like reunification in the future, but we must not rush” | International
May 17, 2022

Taiwan and China: Nancy Pelosi visits the border between the two Koreas in another controversial gesture towards Pyongyang | International
August 4, 2022