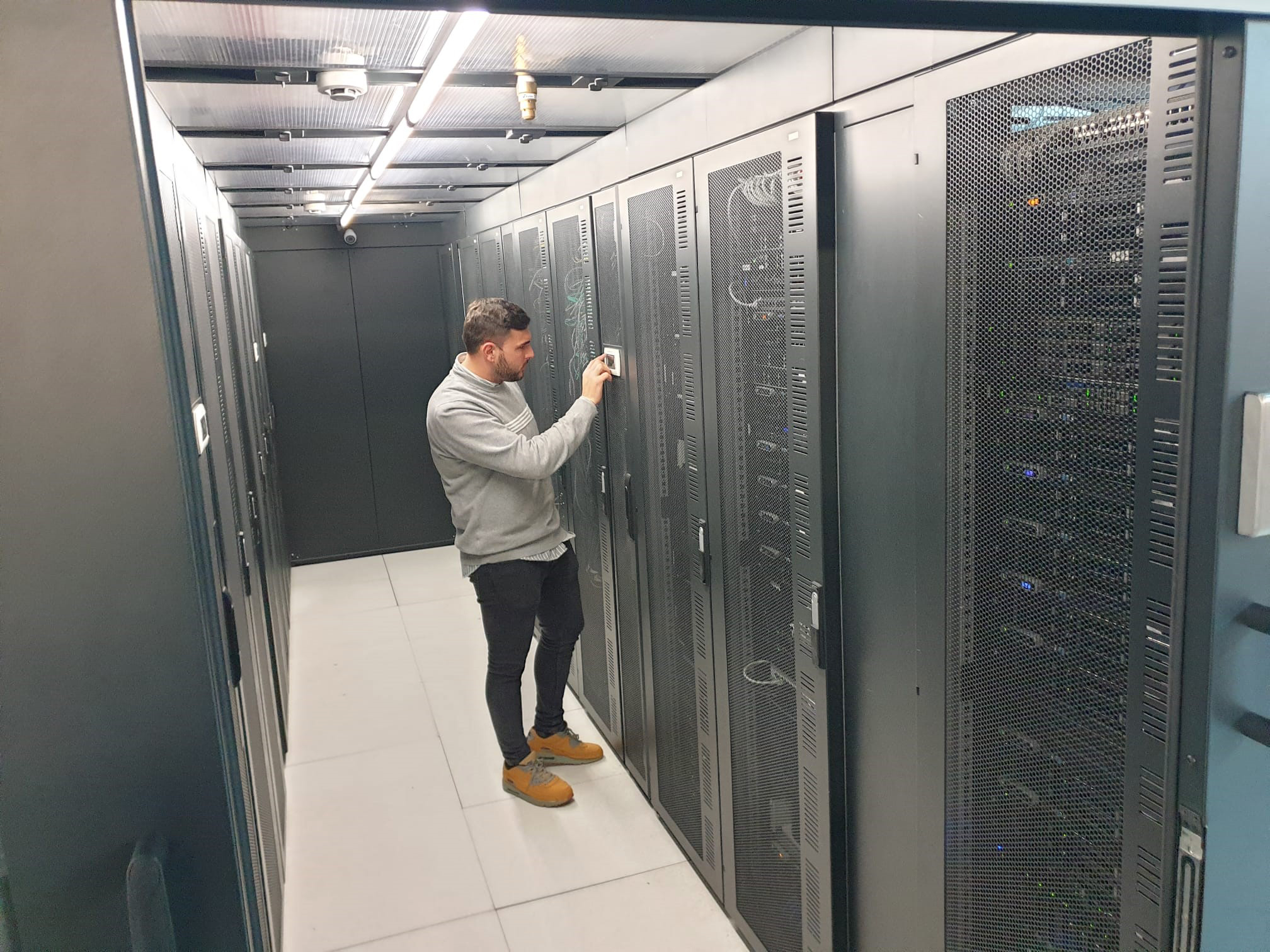 The movement is unstoppable. The emergence of the trillions of data generated by the digital world demands its storage in safe, sustainable spaces that guarantee connection in perpetuity. The era of data centers begins (data center), an ambitious business that will attract an investment of 5,000 million euros in physical infrastructure over the next five years, according to Spain DC, an association that brings together 80% of the sector. Due to its tractor effect, this industry is announced not only as the engine of the economy, but also of employment, with a forecast according to the State Public Employment Service (SEPE) of 20,000 new jobs. “A window is opening to requalify technical profiles and attract young talent, especially female,” says its general manager, Gerardo Gutiérrez.

The digital acceleration, due to the pandemic, has generated a mature market, which, together with the excellent quality of urban and submarine connections and its geostrategic position, enable Spain to become an international benchmark in this industry. Something that has not gone unnoticed among the main world suppliers of cloud (Microsoft Azure, Amazon, IBM, Oracle, Google…), whose massive landing in Spain is described as a “historical milestone” by the president of the Spain DC employers’ association, Ignacio Velilla. “We have to take advantage of the advantage position with which we started in this race. After covid, companies have understood that the fastest and most efficient way to be global, open markets, access their users and other companies is to be in a data center”.

Every day more firms and multinationals join these cabinets that store their data under the premise of offering seamless security. “Most of the data center they have up to seven levels of physical security until they reach the server,” says Velilla. When these centers are owned by large companies, they also optimize access to all the platforms they use. “Data centers are the foundation on which the digitization of a country is built,” she adds. Thus arises an expectation of unprecedented growth for a sector made up of 54 companies and led by the giants Interxion, Equinix, Nabiax or Quark. Something that confirms the first study on the state of the data center in Spain, according to which in 2026 Madrid will equal and may surpass Paris in terms of installed power, one of the four cities that lead the sector in Europe together with Frankfurt, London and Amsterdam.

“An sorpasso possible thanks to the estimated average growth of 42% per year, almost four times higher than forecast in those markets”, says Velilla. In the opinion of Daniel Boluda, general director of Digital Energy at Huawei, it represents a unique business opportunity as a country. “The privileged geographical location of Spain, where many submarine cables terminate, allows for reduced latency (response time) in connections with many continents. This means avoiding the delay of milliseconds, which can mean the success or not in the operation of a patient and the driving of a drone or an autonomous car with 5G in real time. It also allows you to play a video game or watch Netflix in Spain while the server is in the United States.” Due to these conditions, “we hope that Spain will be a hub in the south of Europe of interconnection for the majority of the global telecommunications networks and thus be able to serve content to southern Europe, North Africa, the Mediterranean and a large part of America”, highlights Velilla.

As an industry, the challenge of these centers, in addition to pivoting on security, do so on three other crucial areas: uninterrupted communications and power and perfect cooling. “It is the critical part of this business. The data centers have to be running 24 hours a day, seven days a week and ensure the integrity of everything in the cloud,” says the Huawei manager. It is the reason why structures are replicated: “Sometimes up to three data center with the same redundant data so that, in the event of a possible attack, earthquake or other misfortune, the data and connections continue to function uninterrupted”. This continuous operation requires, on the other hand, designing cooling systems to manage “hot aisles and extract the heat they generate at the lowest environmental cost,” says Garcerán Rojas, president of PQC. “In the Telefónica data center we include in the refrigeration cycle, in a pioneering way, the air from the street when it is below 25 degrees.”

The high prices of electricity have also placed its sustainability in the trigger. “We develop equipment with the highest energy efficiency and they are becoming smaller. Our refrigeration equipment already uses the outside temperature without the need to waste large amounts of water”, maintains Daniel Boluda. “A data center makes much more efficient use of water because they are specifically designed for it. They are beginning to use renewable energies such as photovoltaics and in the future green hydrogen”. A compelling argument, in the opinion of Ignacio Velilla, and with the Sustainable Development Goals (SDGs) just around the corner, “to stop going it alone and jump from the technical rooms, where many companies host their servers, to these centers that bring together the consumption of many customers”.

To underpin the gigantic business opportunity in this industry, the race to develop specialized training has been lived against the clock. “The first thing CPD companies ask us [procesamiento de datos] who seek to settle in Spain, is due to the availability of talent. And for the first time we have anticipated what is to come”, says Antonio Luis de Acevedo, managing director of the State Foundation for Employment Training, Fundae. “An achievement in record time as a result of public-private collaboration”, highlights the general director of SEPE, the result of which is 17 training programs. In the opinion of the manager of Fundae, it is “a success thanks to the dynamic distribution of roles with which the circle has been closed”.

Rack space is a data center of medium size and 100% Spanish capital. 100,000 companies operate in its facilities and its business is focused on the digitization of small and medium-sized companies. “A redundant fiber optic interconnection network between our data center and three of the main centers in Spain (Equinix, Interxion and Global Switch), where we have a physical presence in their technical rooms, guarantees companies the availability of their applications and access speed”, points out Benito Rodríguez, president of Espacio Rack.
Their rates are indicative in the market because “they always depend on the characteristics of each company and the type of files they want to host,” says its commercial director, Jorge Ramos. For a small company, the cost of storing their servers, connecting them to electricity and the Internet ranges from 90 to 390 euros per month; if it is medium (250 workers) from 390 to 1,000 euros per month. For large companies the average cost is around 3,500 euros.

They announced that they are coming! Bayraktar TB2s are in Poland…

Liz Truss, according to Liz Truss: the long journey towards neoconservatism | International

ESMA: The Argentine Ministry of Defense expels six repressors of the dictatorship from the Navy
August 6, 2022

ESMA: The Argentine Ministry of Defense expels six repressors of the dictatorship from the Navy

The dictator in his mousetrap | Opinion

Fabrice Leggeri: The head of Frontex tenders his resignation for the hot returns of migrants | International
April 29, 2022

Fabrice Leggeri: The head of Frontex tenders his resignation for the hot returns of migrants | International

Legislative elections: the United States wages the great battle for the future of its democracy | US Elections
3 weeks ago