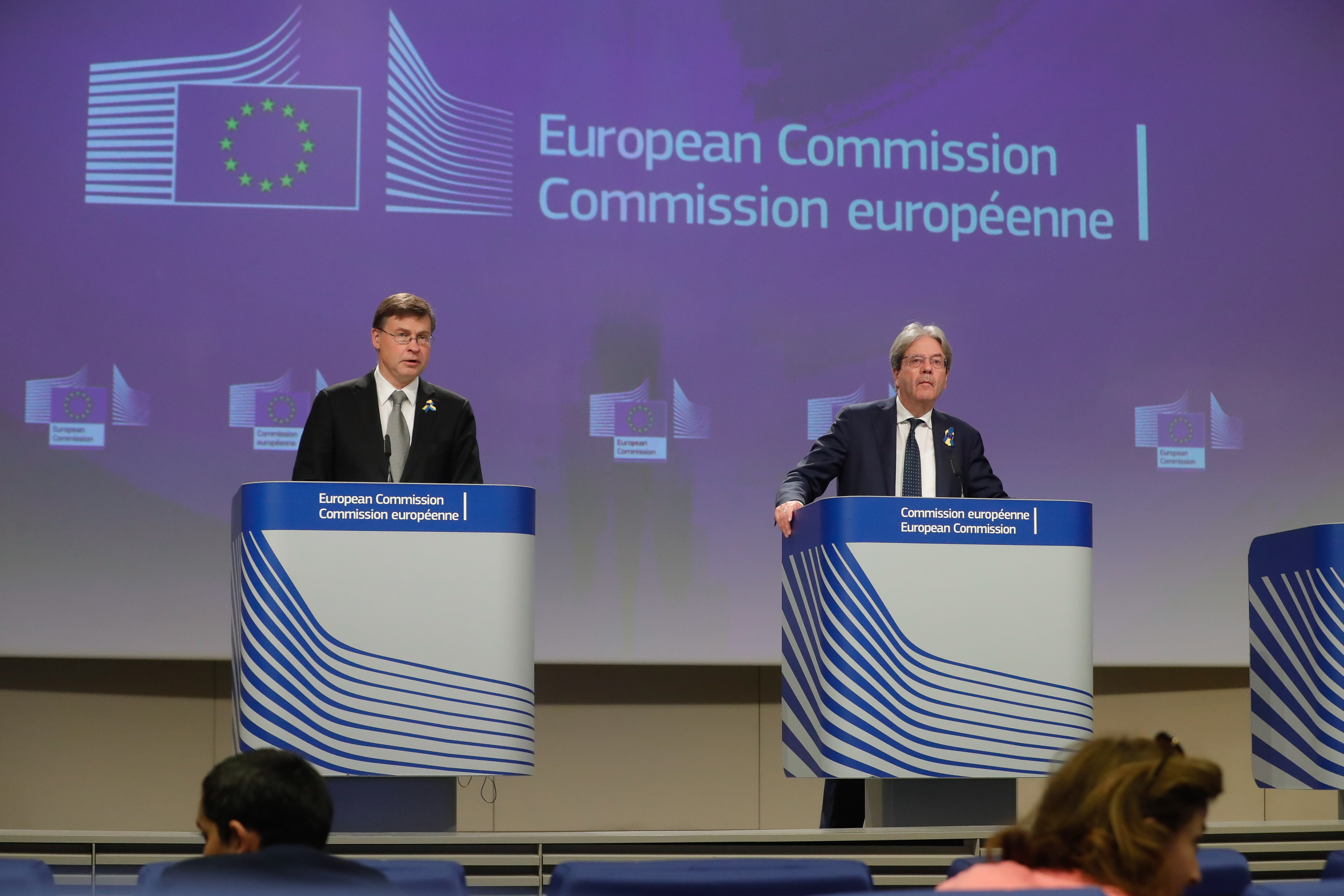 The European Commission is committed to keeping fiscal rules in suspense for another year. With a recovery threatened by the invasion of Ukraine by Russia, high inflation and the constant whiplash of the coronavirus, plus the investment needs of the ecological transition and the digital revolution, Brussels has concluded that this is not the time to put corsets on public spending and is preparing to announce shortly the extension of the escape clause in 2023. The decision is easily summarized in two numbers: the Member States may have a public deficit greater than 3% of GDP and the consolidation path will not yet be activated to reduce public debt to 60% in those countries that exceed it (the vast majority of member states).

The College of Commissioners experienced an intense day on Wednesday with a day full of debates. In addition to the great energy plan to unhook from Russian fuels or the financial aid and reconstruction plans for Ukraine, the recommendations packages of each country for the European semester were also addressed. At this point, the extension for another year of the so-called escape clause, the official name of the mechanism that allows the suspension of the fiscal rules contained in the Stability and Growth Pact, was also discussed. The decision was made there, although it will not be formally adopted until next Monday, according to what the Financial Times and EL PAÍS has been able to confirm with sources from the Commission. The measure must be ratified by Ecofin, the meeting of all the finance ministers of the European Union.

The initial plans of the Commission were to get out of the extraordinary fiscal situation approved in March 2020, in the first stages of the crisis caused by the pandemic, in 2023. The justification given by the Community Executive is that by that time almost all countries of the club would have returned to the levels of activity prior to the arrival of the coronavirus. This would not be the case of Spain, which is the country furthest behind in the recovery of GDP. However, the invasion of Ukraine by Russia has weakened the economy and has added a lot of uncertainty to a scenario that already had it before the war began on February 24.

Keeping the escape clause active for another year is not just a response to a complex economic situation. It also serves to buy time in the face of the slow pace at which the debate to review the budget rules is taking place. The European Commission took up this proposal in November last year with a couple of clear premises: the rules had to be made simpler and they had to be realistic in order to be credible. The latter is based on the fact that few believe that countries like Greece, Italy, Portugal, Spain, Belgium or France can begin a process of adjusting their public debt to reach 60% of GDP in 20 years without causing a major recession.

So far, the euro zone countries have barely touched on the discussions on this. The most significant contribution within the Eurogroup has been that of Spain and the Netherlands, which presented a joint document that has been very well received by the Commission due to the usual distance between the two countries when tax issues are addressed. Outside the official channels, multiple proposals have been launched, even France and Italy have done it jointly, and the option that is making its way is to adapt the fiscal consolidation paths of each country according to the situation it has each. The option that seems to lose weight would be the one launched by a group of ESM economists to raise the debt ceiling from 60% to 100%, something that would not really change much the situation of the countries with the largest debts (Greece and Italy).

The decision to keep the tap on public spending open for another year does not arouse enthusiasm throughout the community capital. There are also those who stress that, despite the obstacles that the recovery is encountering, continuing to bet on this route does not help the European Central Bank to keep inflation under control. Several voices from the highest monetary authority have already indicated that they should bet on a rate hike in July to send a message that prices are concerned in Frankfurt.

When the ECB opens that path and stops buying debt in June, risk premiums will most likely float in capital markets more freely than they do now. And this will have the consequence of making debt issues more expensive. In this way, it may be the investors who end up demanding adjustments and greater fiscal discipline before Brussels does.

Miraculous salvation in Elazig! They came back from the dead

FCC increases its income by 14% and earns 7% less | Economy

He succumbed to cancer in his adopted son’s watch

France: Macron risks his five-year term in the legislative elections against a thriving Mélenchon | International

Francia Márquez: “I assumed politics as a way to safeguard lives” | International
3 days ago

Francia Márquez: “I assumed politics as a way to safeguard lives” | International

“Colimbas” and military: the memory of the war divides the Malvinas veterans | International
April 1, 2022

“Colimbas” and military: the memory of the war divides the Malvinas veterans | International

South African police investigate the death of at least 22 people in a nightclub in the south of the country | International
June 26, 2022

Ukraine, ready to take the initiative after half a year in which Russia has failed to impose itself | International
August 20, 2022

Ukraine, ready to take the initiative after half a year in which Russia has failed to impose itself | International