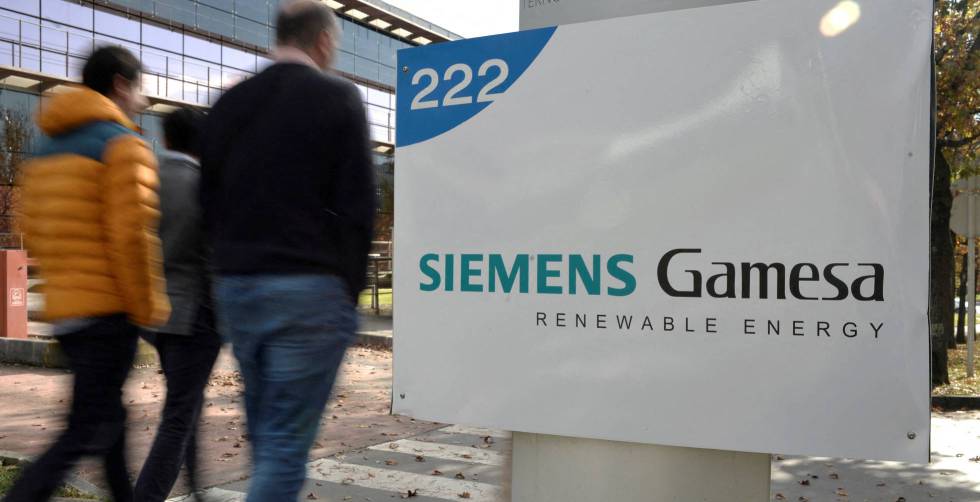 Yesterday Siemens Gamesa (SG) led the Ibex 35 increases with an increase of 12.60% and closed with a price of 15.91 euros per share. A scenario that complicates a possible delisting bid by its main shareholder, Siemens Energy, which controls 67% of the capital.

The German corporation, which has this operation on the table, is considering the payment in cash for investors who have 33% of the capital of the wind turbine manufacturer. Among them, the most prominent is BlackRock with 3,132%.

The section of the regulations that affects the Munich group specifies that the price of the exclusion bid cannot be below the average price of the last six months.

In this period, the wind company has fallen by 35.30% on the Stock Market. Its maximum price in the semester dates back to November of last year, when it reached 23.53 euros per share. The minimum fell to 12.83 euros. Since the year began, it has not exceeded the ceiling of 20 euros, except for one day last February (20.73 euros).

With this scenario, the market points to a price band between 17 and 19 euros per share, which would place the premium over yesterday’s close at a minimum. This data was already advanced by the Bloomberg agency in information released in the early hours of yesterday and that convulsed the market. Bloomberg advanced that the operation could materialize during the next week.

So the final price with a low premium would be below the 20 euros that Siemens Energy paid in February 2020 to Iberdrola for 8% of the power company in the turbine producer. An economic solution for a reference client and with whom he had a long litigation in court. The multinational chaired by Ignacio Galán accused SG of mismanagement. He achieved capital gains of 500 million with the sale.

as in the meeting

The exclusion bid returns to the forefront on the eve of Siemens Energy holding its meeting with analysts on May 24. A coincidence that was also repeated before the last shareholders’ meeting of the Munich corporation, last February.

Ten days in advance, the Union Investment fund, which controls 1.19% of Siemens Energy, claimed that operation to recover part of an investment that it understood was weighed down by SG’s 67% stake, which in its first semester accumulates losses of 708 million. In addition, in 2020 and 2021 it added other red numbers of more than 1,500 million.

In a statement sent yesterday to the National Securities Market Commission (CNMV), Siemens Energy stated that “the analysis is still open” on the presentation of a possible takeover bid, because “no decision has been made and there is no certainty that the operation materializes. It is the furthest that Siemens Energy has gone in relation to this matter, whose echo has been repeated in the markets for months.

The information from Siemens Energy came 27 minutes after the CNMV suspended the listing, which had soared more than 11% after the news from Bloomberg and

After returning to trading with the mandatory authorization of the CNMV, the renewable group led the increases in the Ibex 35 throughout the day yesterday. At the close of the market, the market capitalization of Siemens Gamesa exceeded 10.8 billion, which would quantify the 33% in other hands at more than 3.5 billion.

One of the doubts that arise from this possible operation has to do with the Government of Madrid. In the merger of the wind assets of Siemens and Gamesa in 2017, the German multinational managed to avoid the cost of a takeover bid due to the industrial nature of the project.

From the market they are now considering whether the Executive of Pedro Sánchez could raise any objection to this operation.

What were the Results of World War I, Which Treaties were Signed?

The Arab street does not sympathize with Ukraine | International

Politburo: The Communist Party of China excludes women from the top of power | International
October 24, 2022

Politburo: The Communist Party of China excludes women from the top of power | International

The UN will investigate the human rights violations of the Ortega and Murillo regime in Nicaragua | International
April 1, 2022

Ecuador confirms the death of a person infected with monkeypox with previous ailments | International
August 9, 2022

A different country to all | International
September 12, 2022

Biden exhibits as a victory the turn of Sweden and Finland to enter NATO | International
May 19, 2022

John Henry Ramírez: Texas executes the inmate who asked to die at the hand of his priest | International
October 6, 2022

John Henry Ramírez: Texas executes the inmate who asked to die at the hand of his priest | International