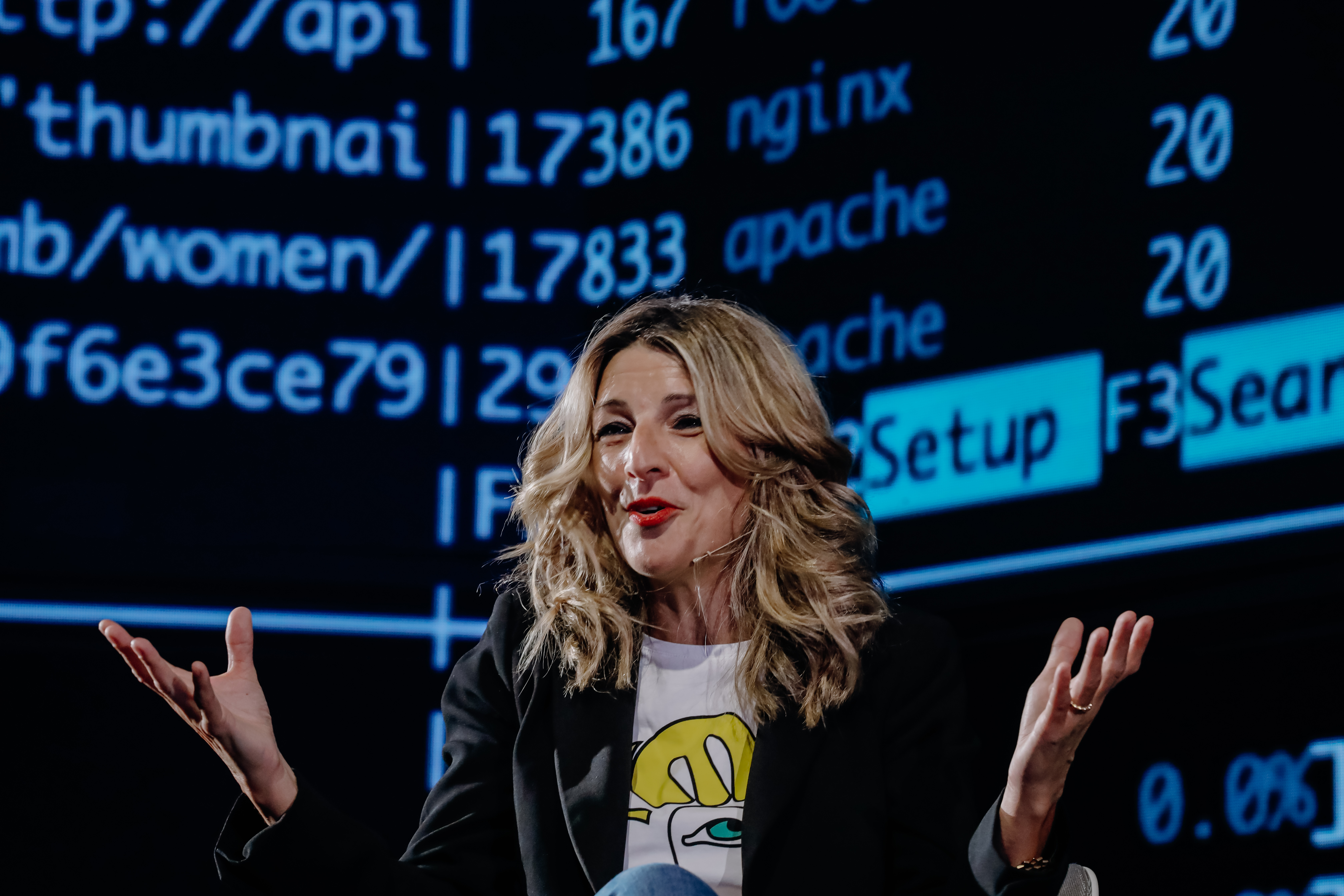 “Digitalization is, in general terms, positive for the world of work, but we have to make the necessary public investments so that workers are at the heart of the process of change and with rights”, the Vice President of the Government and Labor Minister, Yolanda Díaz, at the forum The work of the future, the future of work, organized by EL PAÍS Retina, promoted by Santander and Telefónica, and sponsored by Google, Accenture and ServiceNow. In it, over a little over two hours, the challenges posed by technological progress both in society as a whole and in the labor market have been discussed.

“I do not have a negative view of the technological transformation of the world. As a country, what we have to do is determine which are the sectors that, both in the present and in the future, are going to need highly qualified people so that they can carry out this change”, Díaz reflected.

At the same time, the vice president has denied that in Spain there is a massive process of resignation of workers similar to the one that took place in the United States during the pandemic ―a phenomenon that was baptized as The Great Resignation―, but it has recognized the difficulties of some sectors to occupy certain positions. “Why are the vacancies in our country not filled? I believe that productive sectors such as agriculture should not only be covered by foreign labor. Why don’t Spaniards work in the fields? Probably because the working conditions are extremely harsh and the pay and health conditions in general are complex”, Díaz justified.

As a final reflection, the Minister of Labor has advanced that the time use law in which her department works will deal with “the modern world”, and that it will concentrate different flexibility formulas in it so that “we do not have to live to work” .

During the event, held at the Espacio Rastro in Madrid, representatives from the business and educational worlds took part, who agreed to place the need for continuous training by workers and the reinvention of the academic system at the epicenter of technological change to adapt to the new needs of the labor market.

Political figures like Idoia Mendia, vice-lehendakari of the Basque Government, have opted for “retaining young talent” as one of the levers to facilitate generational change in companies; while Manuel Pimentelformer Minister of Labor, has warned that the digital economy in Spain “is going in fits and starts”, and that the Nordic countries should be taken as a reference “so as not to be left behind”.

Throughout the different discussion tables, they have participated Sarah Jaffe, reporting fellow at the Type Media Center and author of the book Work Won’t Love You Back (Work won’t love you back); Hadi Partovifounder of code.org; Mariano Fernandez Enguitadirector of the Advanced Master’s Degree in Educational Innovation and Transformation at the Complutense University of Madrid; Miguel EscassiDirector of Public Affairs of Google in Spain; Sonia Diezfounder of EducAcción; Alexandra Brandaoglobal director of Human Resources of Santander and Martha Machicotglobal director of Human Resources at Telefónica.

The person in charge of closing the event was the Minister of Inclusion, Social Security and Migration, José Luis Escrivá, who highlighted both the labor and pension reforms as regulatory mechanisms that have caused the correction of the “bad singularities” of the labor market in Spain. “We have dealt with temporary employment in a radical way, and the data on indefinite contracts in the first five months are impressive,” said Escrivá, who, however, lamented that Spain is “one of the European countries where the least is invested within of companies in the training of workers. “There is little dual training, few hours of the year specifically dedicated to training and that generates mismatches in the labor market between supply and demand,” he added.

Along the same lines, the Minister of Social Security has urged companies to recognize “the senior talent” of their workers, and to “seek more innovative careers in which people with more experience can pour their working capital”.

As a final idea, Escrivá has once again defended the sustainability of the pension system after the reform in which it is linked to the evolution of the Consumer Price Index, and has valued the different incentives contemplated by the regulation to lengthen work careers, such as best tool to guarantee its maintenance. “If we have done anything, it is to think about the sustainability of pensions, and a report of enormous quality came out of the Toledo Pact, which is what we are following”, he riveted.

Discounts from THY to veterans and martyrs’ relatives

Volkswagen confirms that it maintains its “historic” investment of 10,000 million in Spain by accepting government funds | Economy

Galatasaray and Beşiktaş presidents did not attend the VAR briefing meeting

Operation against 2 gangs involved in an armed fight in Mersin: 5 detentions

Brazil Elections: A Bolsonarist stabs a Lula supporter to death in Brazil | International

Patricio Fernández: “A triumph of rejection would be very complex for the Government of Boric”
August 4, 2022

Patricio Fernández: “A triumph of rejection would be very complex for the Government of Boric”

Salomón López Smith: Vicious against the Mayagnas in Nicaragua: another indigenous activist murdered in an atrocious way | International
March 23, 2022

Salomón López Smith: Vicious against the Mayagnas in Nicaragua: another indigenous activist murdered in an atrocious way | International

The Petro Government presents the tax reform on its first day
August 8, 2022

The Petro Government presents the tax reform on its first day

York: Police arrest an activist who has thrown eggs at Carlos III and Camila | International
3 weeks ago

Kirchner accuses the Argentine Supreme Court of having “written and signed” his sentence for alleged corruption
July 19, 2022

Venezuela: Maduro recognizes the rapprochement with the United States amid the invasion of Ukraine | International
March 8, 2022

Venezuela: Maduro recognizes the rapprochement with the United States amid the invasion of Ukraine | International

Argentina: Visit the former clandestine centers of the Argentine dictatorship from home | International

Reactions to the shooting at Robb Elementary School, in pictures
May 25, 2022

Reactions to the shooting at Robb Elementary School, in pictures