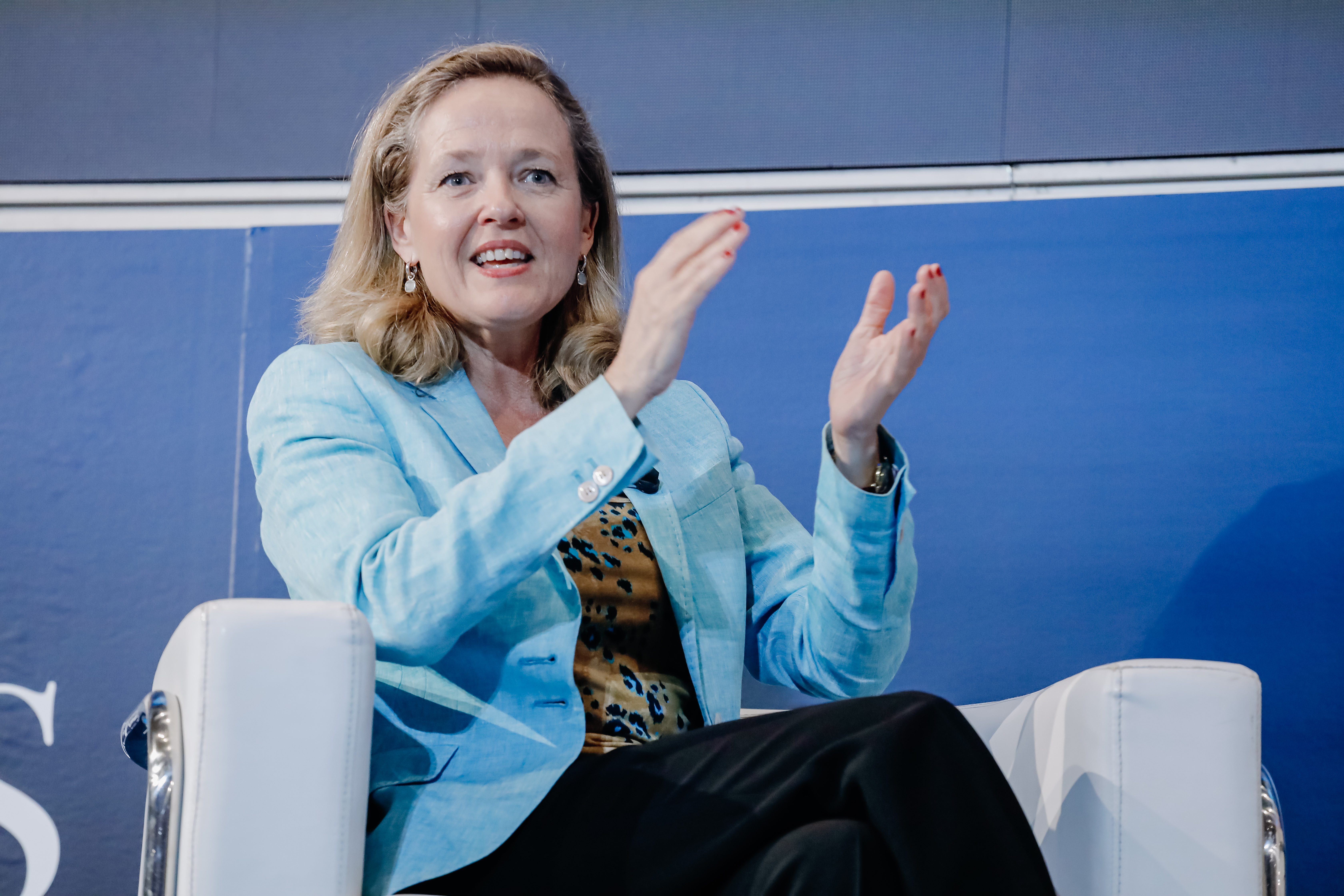 CaixaBank envisions boom years for the next three years. Spurred on by the expected rise in interest rates, which are estimated to go from negative levels to 1.5% or 1.6%, the entity expects a notable increase in income and profitability, above 12% . Hence, it contemplates distributing to shareholders up to 9,000 million euros in that three-year period. A tailwind that will also benefit public coffers, which will somewhat reduce the huge hole left by the Bankia rescue. If the forecasts are fulfilled, the State will receive in dividends close to 1,000 million euros in this period, provided that it maintains its participation in the entity at least until 2024.

Public participation in CaixaBank is articulated through the Fund for Orderly Bank Restructuring (FROB), which ended with a 16.12% stake in the Catalan entity after the absorption of Bankia. The State entered BFA, from which the old Madrid savings bank was controlled, to guarantee deposits and give credit again. But this was not free for taxpayers: 24,000 million were paid (if the aid granted to BMN is included).

The amount that will be paid to the State via a CaixaBank dividend may vary depending on the final net profits obtained and the decision of the board in the form of distribution among investors. The strategic plan says that up to 9,000 million will be distributed – in a scenario of lower interest rates, this amount is reduced to 8,000 million. A part of these will be distributed through the repurchase of shares to amortize capital: the entity has already announced a package for 1,800 million over the next 12 months and does not rule out that there will be more. “There is room for new repurchase programs and they will be decisions made by the board at the time,” said the bank’s CEO, Gonzalo Gortázar, this week at the presentation of the strategic plan.

In this way, if there are no new repurchases of shares, CaixaBank would distribute up to 7,200 million euros in dividends. It would be the most optimistic scenario, in which the State would pocket 1,160 million euros. As has already been done by other Spanish banks, especially Santander, which also has active repurchase programs and distribution of cash profits at the same time, the total amount distributed between both tools is divided in equal parts. Therefore, it is most likely that not all that money will be used for its distribution in cash.

With this possible scenario, if CaixaBank launched new repurchase programs, the amount allocated to the dividend would be reduced from those 7,200 million starting. According to Renta 4 calculations, if it distributes 55% of the net profit of the next three years, the distribution in cash would be around 5,200 million euros. In other words, the State would receive some 850 million euros. “And there would have to be another share buyback program for some 2,000 million to complete the estimated 9,000 million, something that would increase the FROB’s stake in the entity,” says Nuria Álvarez, a banking analyst at Renta 4.

What is dedicated to remuneration in cash could also vary depending on the evolution of the business and, above all, depending on the pace of increases in interest rates set by the ECB. For the case in which half of the total to be distributed was paid in cash, the amount would be reduced to 4,500 million. If so, the State would receive 725 million: it would be one of the most pessimistic scenarios, since so far the share buyback announcement is only 1,800 million and this tool would have to be increased by another 2,700 million.

The strategic plan presented a few days ago by the entity’s president, José Ignacio Goirigolzarri, and Gortázar also includes a context in which interest rates are not growing as fast as the market expects. In that case, the CEO explained that the distribution to shareholders would then be up to 8,000 million. If the already announced 1,800 million share buybacks are deducted from this amount, the maximum amount that the State would receive would be lowered, but it would still be up to 1,000 million euros.

The shares in the hands of the FROB are currently worth 4,000 million, a figure that the public coffers could recover if they get rid of their participation at this time. After several extensions, the last agreement of the Council of Ministers left the deadline for his departure from the bank at the end of 2023. Although, according to government sources, a new extension is not ruled out. To the value of the securities on the market, what it receives via dividend distribution should also be added: in 2021, about 190 million euros corresponded to it for this concept. Until now, according to Administration sources, BFA has received 1,400 million in dividends between 2014 and 2021. An amount that, if CaixaBank’s strategic plan is fulfilled, will go in crescendo more quickly.

In addition, the wait for the FROB will also be positive due to the upward trend in the bank’s share price. According to Credit Suisse, the target price of the shares after knowing the plan is 3.90 euros per share, 25% above the value it marked at the close of this Thursday. “We see CaixaBank distributing all excess capital above the 12% target for fiscal year 2024, mixing cash and buybacks, and meeting the cumulative commitment of €9 billion for 2022-2024,” the investment bank notes. Swiss in his report.

In this way, if this revaluation of 25% materializes, the value of the securities held by the State would grow to 5,000 million euros. An appreciation of its long-standing shareholding package: “The revaluation of the FROB’s stake (via BFA) is 103% as of March 31, 2022 compared to the value at the end of the day prior to the announcement of the merger talks [con Bankia]”, collects the FROB on its website.

Shock reaction to Ekrem İmamoğlu from earthquake victims: Don’t touch me, the earthquake is over

Historical maximum of the most conservative funds | Funds and Plans

What are the prayers to be read during the earthquake?

US Congressional Delegation Travels to Taiwan Amid Tensions with China | International
August 14, 2022

Mariana does not want to depend on charity after fleeing Russian bombs in Ukraine | International
August 11, 2022

What do the polls say in France? Macron is favourite, Le Pen is close | Kiko Llaneras newsletter
April 9, 2022

What do the polls say in France? Macron is favourite, Le Pen is close | Kiko Llaneras newsletter

Last minute of the war in Ukraine, live | Sánchez arrives in kyiv to meet with Zelensky | International
April 21, 2022

Last minute of the war in Ukraine, live | Sánchez arrives in kyiv to meet with Zelensky | International

Biden collides with mistrust in his attempt to salvage US influence in Latin America | International
May 22, 2022