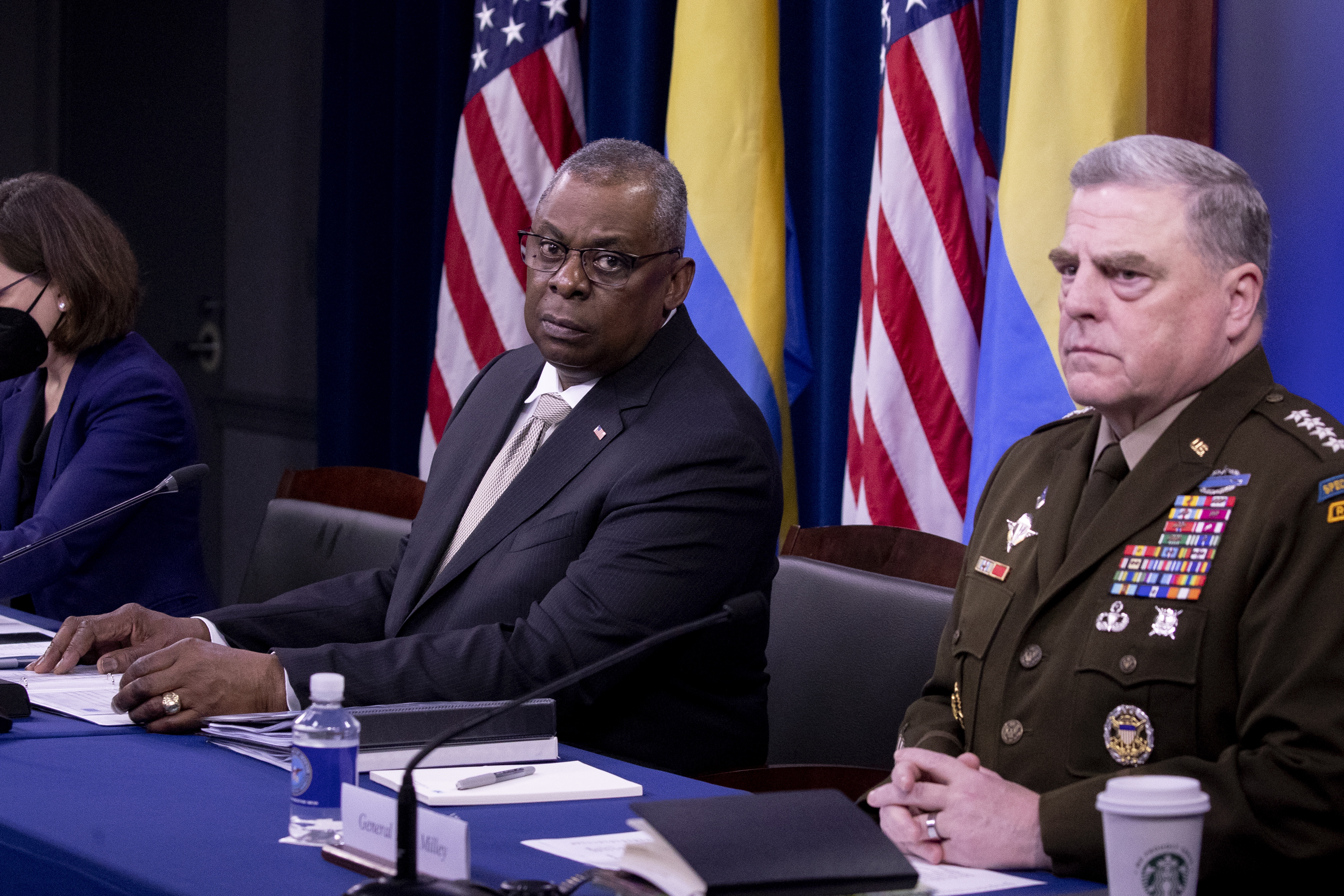 A virtual meeting of 44 defense ministers this Monday was the last sign of allied unity to face Russia in its war in Ukraine. Called by the United States, this is the second meeting of the Ukraine Defense Consultative Group, created for the coordination of military aid at the initiative of Washington after a recent (and secretive) visit by the Secretary of Defense to kyiv (where he traveled with Secretary of State, Antony Blinken). And it has settled with the announcement, launched by the Pentagon, that some 20 countries are committed to intensifying their military aid to Ukraine. Austin has underlined the US commitment to help Ukraine militarily “until the end”.

The enunciation of this commitment is key at a time when the war is approaching three months (which will be fulfilled tomorrow, Tuesday) and the Government of Volodímir Zelenski has expressed its fears that the Western supply of weapons will decline if the The conflict stagnates and begins to lose the international attention it has enjoyed since the beginning of hostilities, on February 24, when Russian President Vladimir Putin announced a “special military operation” to, he said, “denazify Ukraine”.

During question time with Austin, a journalist asked Austin to define what milestone the United States would consider “the end”, to which he replied: “Our effort is focused on doing everything we can to strengthen the capabilities of Ukraine on the battlefield and also at the negotiating table”, he said. “And we will continue to do whatever it takes to make sure they achieve their goals.”

On April 26, Austin chose the base that the United States has in Ramstein, Germany, to stage the birth of this new alliance, which encompasses more countries than NATO. The initial 39 partners have since been joined by another five: Austria, Colombia, Bosnia-Herzegovina, Ireland and Kosovo. The Ukrainian defense minister, Alexei Reznikoff, also participated in this Monday’s meeting.

The head of the Pentagon has defined the meeting as “very productive.” “We have seen announcements of increased security assistance [de Ucrania] that they have been very welcome”, he explained in an appearance before the subsequent press, in which he said that “twenty countries have committed to deepen their military cooperation with kyiv”. “Since we met at Ramstein, many governments are donating urgently needed artillery, coastal defense systems and tanks and other armored vehicles. Other governments have advanced commitments to train Ukrainian forces and to help keep their military systems up to date.

The US Secretary of Defense has been “especially grateful” to Denmark, which has announced that “it will provide a harpoon and missile launcher to help Ukraine defend its coast.” He has also mentioned the Czech Republic for “a recent donation of attack helicopters, tanks and rocket systems”, as well as Italy, Greece, Norway and Poland for their “new donations of artillery systems and ammunition that are needed from critical way”.

Deter the Kremlin from further aggression

After praising the military successes of kyiv, which have served to repel an invasion that was promised withering, Austin has assured that all these efforts are not only intended to help Ukraine at this time, but to cement its ability to defend itself and to deter Russia of “future aggressions”. “We all understand what is at stake in this war, and that it extends far beyond Europe. Russia’s aggression is an affront to the rules-based international order and a challenge to the freedom of people around the world.”

The head of the Pentagon has announced a new meeting of the Contact Group for June 15. It will take place on the sidelines of the NATO defense ministers’ meeting in Brussels, although, he clarified, “it will not be a NATO event.” “This Contact Group demonstrates how much we can achieve when so many nations of goodwill come together,” he said.

The head of the Joint Chiefs of Staff, General Mark Milley, added at the same press conference that the United States was still “a long way” from making the decision to send troops on the ground in Ukraine.

Before the meeting, Austin had underlined in a virtual speech Washington’s commitment to sustain military cooperation with Ukraine “until the end.” He has also promised that the attacked country will have all the war material that its army needs, and that includes, as announced by the Secretary of Defense, 18 new howitzers and as many vehicles to transport them, as well as more artillery supplies, radars and other equipment.

Away from Ukraine, Austin has reinforced Biden’s view of his country’s role in the event that China launches an offensive on Taiwan (“our ‘one China’ policy has not changed,” he has said) in an act that It has also served to say goodbye to what has been the face of the Pentagon since President Joe Biden took office last year, spokesman John Kirby, whom he has defined as “a friend.” Kirby has accepted a job on the White House communications team.

Nancy Pelosi’s husband, hospitalized after being “violently assaulted” at his home in San Francisco | International
October 28, 2022

Nancy Pelosi’s husband, hospitalized after being “violently assaulted” at his home in San Francisco | International

A stroke takes its toll on Democrat Fetterman in front of Dr. Oz in key Pennsylvania debate | International
October 26, 2022

A stroke takes its toll on Democrat Fetterman in front of Dr. Oz in key Pennsylvania debate | International