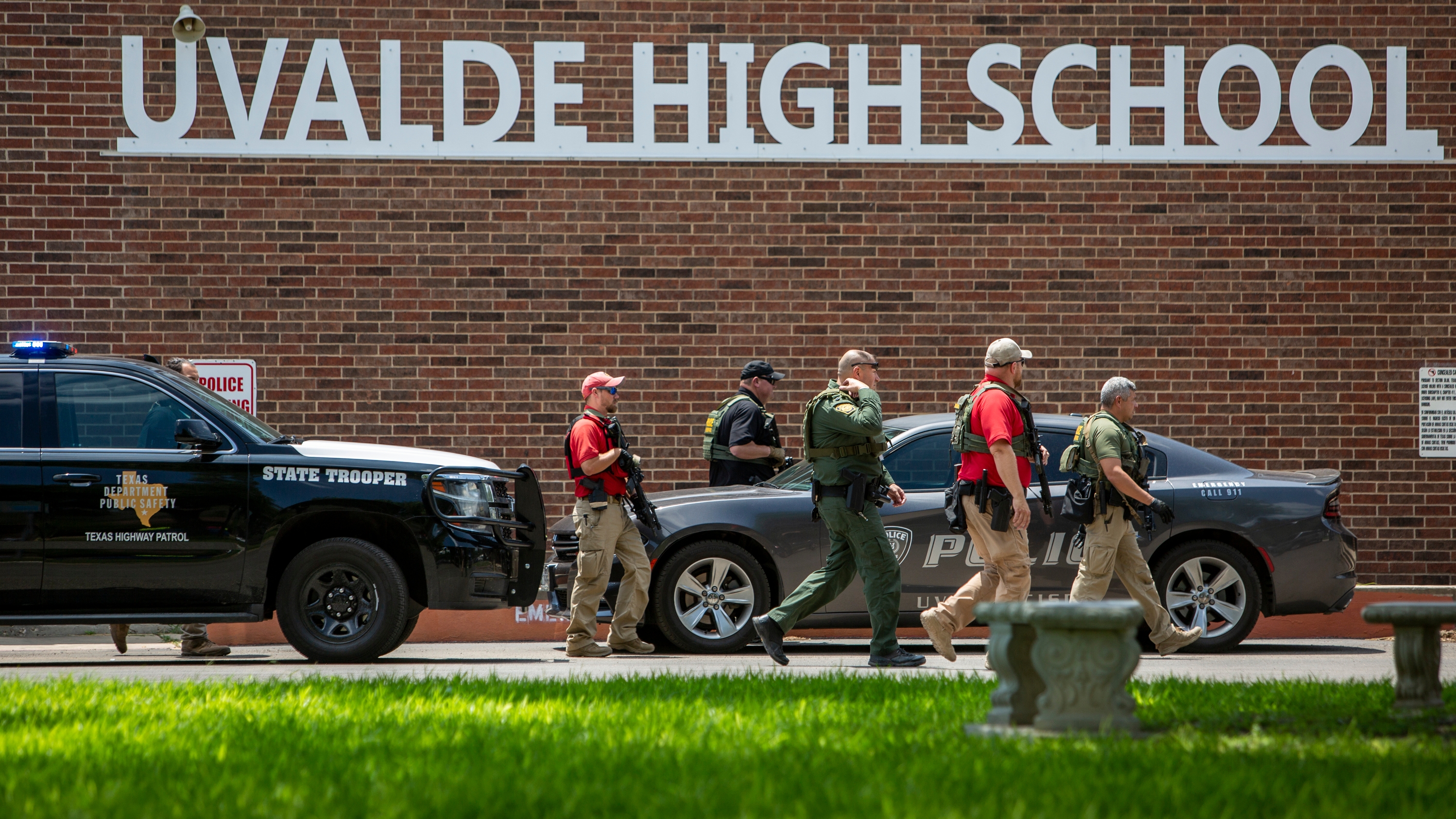 A shooting at an elementary school in Uvalde, a town of 16,000 inhabitants in the center of the State of Texas, has left at least 15 dead, including 14 students and a teacher, according to the governor of that state, Greg Abbott, who assured in a press conference that the attacker, an 18-year-old boy whom he identified as Salvador Romas, has also lost his life, as confirmed by the governor.

According to Abbott’s account, Romas arrived at the school with a gun and is believed to have also carried a rifle and “horribly and incomprehensibly shot and killed” more than a dozen children and a teacher. The police have reported that he also killed his grandmother before going to school. Romas was a student at a local institute.

The attack was recorded on Tuesday morning at the Robb educational center, where the police quickly moved. The ages of the deceased have not been specified. An adult and a minor have been transferred to a hospital in the city of San Antonio, 140 kilometers away, to be treated for serious injuries.

The authorities of the School District, the body that governs educational centers, had sent an alert to all schools in the region to maximize security protocols. The school had warned of an active shooter and had asked parents to stay away from the area until police could get the situation under control. In fact, the school has a message on its website asking parents not to pick up their children yet.

There is an active shooter at Robb Elementary. Law enforcement is on site. Your cooperation is needed at this time by not visiting the campus. As soon as more information is gathered it will be shared.

The rest of the district is under a Secure Status.

Minutes later, police reported that they had apprehended the shooter. The students at the center were being moved to an adjoining building, to be reunited with their families. The local authorities, however, initially asked the parents not to go to the civic center to pick up the minors immediately because they considered that the emergency was not over. “They will be notified when they can do so,” they reported on Facebook.

“Texans mourn the victims of this senseless crime and the Uvalde community,” the governor said on social media and in a statement. “Cecilia and I mourn this horrible loss and urge all Texans to come together. I have instructed the Texas Department of Public Safety and the Texas Rangers to work with local law enforcement to fully investigate this crime,” he added.

Texans are grieving for the victims of this senseless crime & for the community of Uvalde.

Cecilia & I mourn this horrific loss & urge all Texans to come together.

The president of the United States, Joe Biden, is scheduled to make a statement of mourning and solidarity with the families this Tuesday.

The event coincides with the publication of a report that reveals that shootings have multiplied in the United States during 2021. A count by the FBI, the federal investigative agency, indicates that 61 such episodes were recorded last year. These had been 40 in 2020. The shootings left 103 people dead last year and another hundred more injured. These figures do not include the perpetrators. One in five active shooter situations results in a mass shooting in which at least three people are killed.

Juan Orlando Hernández will be extradited to the United States | International

Ukraine and NATO warn of a resurgence of the Russian offensive in the East | International
April 6, 2022

Elections 2022: The visit of Petro’s brother to prisoners for corruption entangles the Colombian campaign | International
April 16, 2022

Elections 2022: The visit of Petro’s brother to prisoners for corruption entangles the Colombian campaign | International

The German Greens abandon the label of pacifism… and soar in the polls | International
June 1, 2022

Argentina: Gabriel Boric in Buenos Aires: tours of the bookstores and a haircut | International
April 6, 2022

Argentina: Gabriel Boric in Buenos Aires: tours of the bookstores and a haircut | International