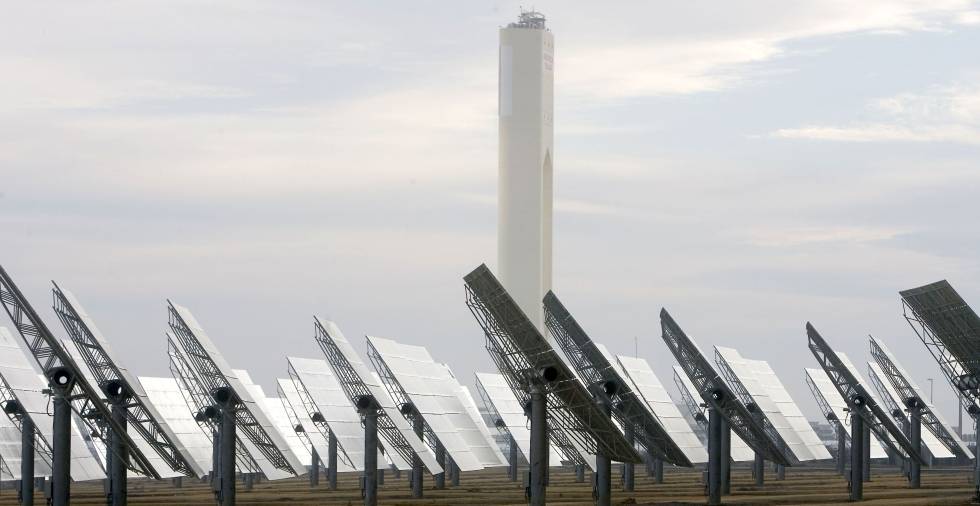 Abengoa awaits the opinion of the SEPI to avoid the biggest bankruptcy in the history of Spain. The Government has until June 30 to distribute the business rescue fund for Covid-19, to which the company has requested 249 million with which to fasten the pending rescue since the summer of 2020. In case public aid does not arrive , the company would be doomed to dissolution.

Last week, the company sent SEPI the documentation required to continue with the rescue, according to sources close to the operation. The doubts of this organization are about the identity and intentions of Terramar, the Californian investor who offers to inject 200 million to, together with the State, save a company that employs 5,000 workers. His main objections are knowing the industrial plans of the fund and that it shields employment and the headquarters in Spain of the engineering company.

Despite the fact that SEPI already has all the documentation required from Abengoa and the details of the future plans of its future controlling shareholder, it is still silent. He hopes the appointed advisers, Grant Thorton, will see the company as viable and greenlight the bailout. The problem is that time is short. The deadline for SEPI to authorize the disbursement of money is June 30. If the public body ends this period without making any progress in rescuing Abengoa, the company and its creditors –including Banco Santander, Bankia, CaixaBank, Crédit Agricole and the Blue Mountain, KKR, Alden and Melqart funds– would request the same 1 July the contest that, with the parent company in this situation since the beginning of 2021, would lead the company directly to liquidation.

It was the summer of 2020 when Abengoa’s creditors agreed to refinance the 230 million liabilities, in exchange for control of the company. This operation, which has not yet been carried out, was pending the support of the ICO, Cesce and the Junta de Andalucía. The regional government declined to participate in the rescue, which ruined the patience of the debtors and ended up leading the parent company to bankruptcy.

Efforts then focused on rescuing Abenewco, the subsidiary that owns all of the operating assets. The analysis of the SEPI advisers considered that this company was not viable and, therefore, could not be rescued by the State. Therefore, the aid request is now limited to the six subsidiaries that hold the assets.

But all this rescue is conditioned to the participation of SEPI. This body dependent on the Ministry of Finance fears that being too lax could cause a legal conflict like the one with the Plus Ultra airline. They also fear a conflict with the union of minority shareholders, led by Clemente Fernández.

In addition to bank refinancing and public support, the touchstone of the operation is the participation of Terramar. This fund appeared at first to supply the money that the Junta de Andalucía refused to inject. It currently promises 60 million in capital that will be used to reduce the debts of the different creditors of Abenewco 1 and another 140 million in credits. In parallel, it requires guarantees of 300 million from the financial entities that are already in the company. In other words, Banco Santander, CaixaBank, Crédit Agricole, Bankinter and BBVA, 60% guaranteed by CESCE.

This would mean that the fund would control around 70% of Abengoa’s operating subsidiaries. Terramar has also opened the door for minority shareholders to participate in the rescue and take between 1.75% and 7% of the rescued company, after the failure of the alternative offer that they tried to present together with the main shareholders of OHL, the Amodios. For the moment, and according to the sources consulted, the minority shareholders have not been interested in participating in the operation.

The white foams seen in the Meriç River were examined.

31 arrests in drug operation in Ankara

Chavismo meets with Russia after Venezuela’s rapprochement with the White House | International
March 10, 2022

The Venezuelan opposition is reorganized and announces primaries to choose a new leader | International
May 18, 2022

Kais Said: The president of Tunisia strengthens his popularity despite having monopolized all the power | International
April 8, 2022

Kais Said: The president of Tunisia strengthens his popularity despite having monopolized all the power | International

Elections: Kazakhstan’s leader opens the polls with a calculated ambiguity against Putin | International
2 weeks ago

Elections: Kazakhstan’s leader opens the polls with a calculated ambiguity against Putin | International

Biden offers to receive 24,000 Venezuelan migrants and agrees to return to Mexico those who skip the process | International
October 13, 2022

Biden offers to receive 24,000 Venezuelan migrants and agrees to return to Mexico those who skip the process | International