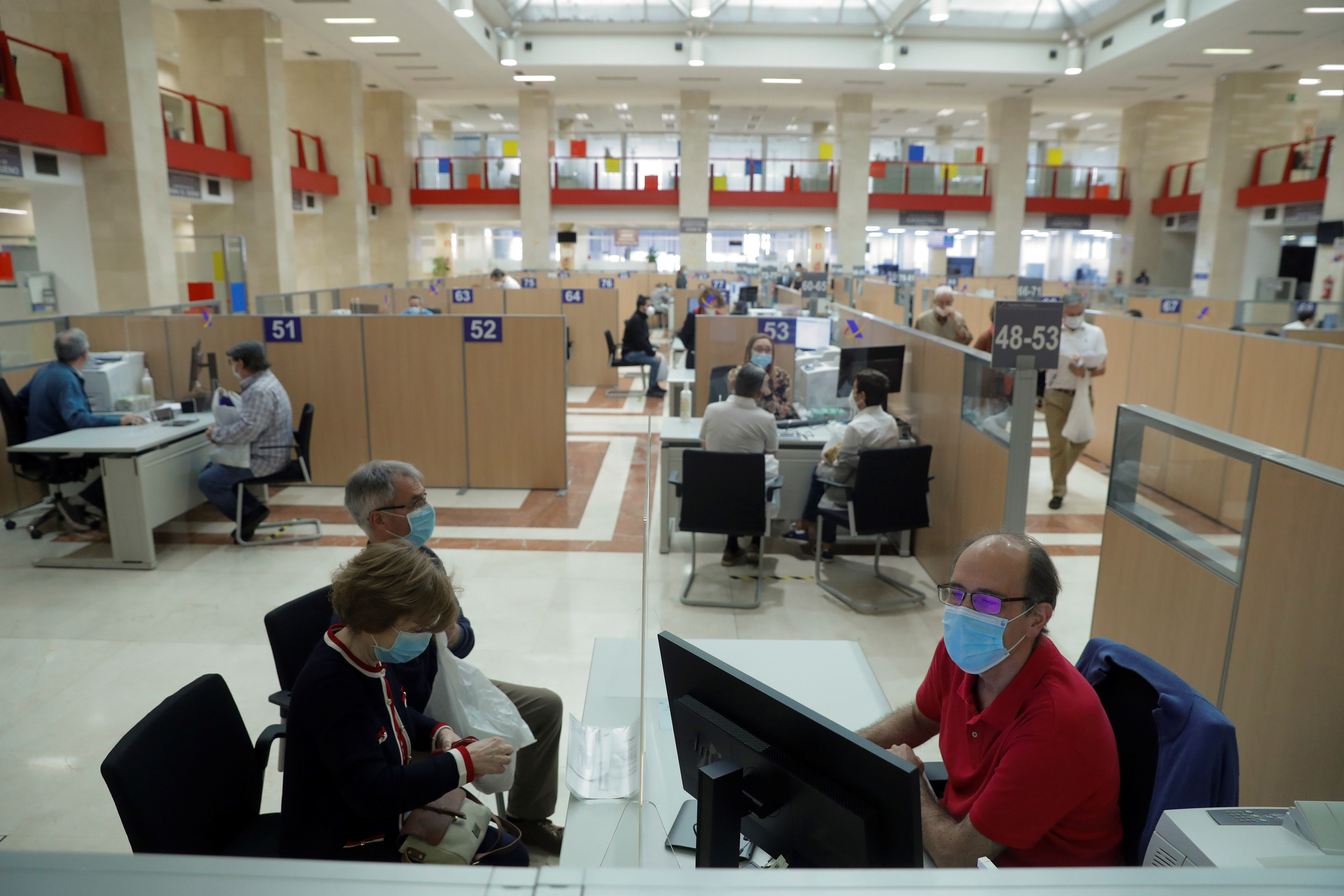 The Ministry of Finance and Civil Service will launch this year the largest public employment offer in history: 44,788 positions, distributed among 22,009 new entrants, 12,142 internal promotions and 10,637 positions to stabilize interim personnel. The Government thus intends to strengthen the State Administration and provide more staff to a public workforce exhausted after the pandemic and laminated after years of cuts.

It is a proposal that exceeds by 13,417 troops the one proposed in 2021, which was already a record, because, unlike what happened a year ago, the offer for this year includes stabilization places so that interims can consolidate their place.

Of the total number of places, 25,471 will be specific to the General State Administration. Of these, 15,880 will be new hires and 9,591 internal promotions, according to the union organizations. Justice will be allocated 1,737 places, 4,992 for Police and Civil Guard and 1,951 for the army. Of all the places offered, 1,150 will be used to reinforce Social Security, one of the public bodies that has suffered the most bottlenecks in the pandemic, due to the management of the minimum vital income.

The three most representative unions in the public sector that have participated during the meetings with the Ministry of Finance celebrated the agreement. For CC OO this offer “represents progress in the recovery of public employment lost in recent years”, while from CSIF they considered that with it the aim is to “guarantee adequate coverage of troops and provide public services in optimal conditions to guarantee the rights and benefits demanded by citizens”. In UGT they celebrated that the proposal allows stabilizing positions in such a way that it will allow the General State Administration “to boast of employment both in quantity and quality.”

Relations between the organizations that defend public workers and the Government have gone through difficult times in recent weeks. In the absence of a resolution, the threat of mobilizations planned on the table. However, despite the accumulated tension, the Government has come forward with a much higher proposal than what it had been proposing, and which, ultimately, contemplated the call for 23,000 places.

The claims of the group of public employees —which according to the latest official records around 2.8 million people—, have dealt in recent years with the denunciation of continuous cuts in the workforce, motivated, mainly, from the disappearance of the replacement rate —which measures the difference between the number of civil servants who retire and those who enter to fill those vacancies—and that has had a negative impact on the service provided. This lack of replacement and recruitment of new profiles has also caused an aging of the workforce —65.54% of State Administration workers are over 50 years old—, which has conditioned the design of the successive public job offers .

The current ills of the group of civil servants go back to what happened, particularly, during the period between 2012 and 2015, when the Government of the PP of Mariano Rajoy made the decision not to fill any of the vacant positions and to freeze salaries public. In the years 2016, 2017 and 2018, it only decided to cover 50% of the pending places, and in 2019 this percentage increased to 75%. With the entry of the coalition government in 2020, public job offers in the State Administration have been growing progressively: from 28,055 in the first call, it went to 30,445 in 2021 and, now, to 34,151; and the total number of public employees has only increased.

One of the fundamental sections included in the Government’s approach refers to streamlining execution processes, which have accumulated delays of up to two years. So that this does not happen again, the calls will be published in the same financial year in which the OEP is approved, and the deadline is set at December 31, 2022 so that “the work to promote the streamlining that is pursued” must be finished.

According to the signed text, the Government and unions have promised to negotiate in the next three months a review process of the internal promotion procedures for career civil servants and labor personnel, to try to simplify them “for the sake of their improvement”. In addition to this, a multi-annual planning of the Administration’s personnel needs is also contemplated, to determine the optimal resources for the provision of services and anticipate the incorporation of personnel that must be included in subsequent offers.

Regarding the characteristics of the opposition, it has been agreed to simplify and reduce the agendas and exercises “so as not to affect content already known as a result of its performance by the applicants”, as well as the reservation of the grade of the opposition phase for a next call if the process is not passed. On the other hand, with regard to the competition phase, it has been agreed to “strengthen the selective course as a training phase and evaluation of practical content directly related to the selection”, for the award of new places to candidates who overcome.

Despite the fact that with this offer the staff of public employees of the General State Administration will grow substantially, the unions continue to demand a salary improvement. “Public employees suffer a loss of purchasing power of more than 15% and it is urgent to negotiate a salary increase,” they indicate in CSIF.

Criticism from US President Biden to British Prime Minister Truss: It was wrong

There will be no voyages on the Gökçeada ferry line on October 15 due to the storm.

Check Also
Close
Pedro Castillo: a year and a half adrift in Peru | International
20 mins ago

Vacancy: The Peruvian military turned its back on Castillo | International
41 mins ago

The UN rapporteur for the rights of migrants: “It is unfortunate that the Melilla tragedy has not been clarified five months later” | International
1 week ago

The UN rapporteur for the rights of migrants: “It is unfortunate that the Melilla tragedy has not been clarified five months later” | International

Tunisia votes in a referendum a Constitution tailored to the president | International
July 25, 2022

Increase in the learning gap and emotional deterioration: the balance of 200,000 Latin American teachers on the pandemic | International
4 weeks ago

Increase in the learning gap and emotional deterioration: the balance of 200,000 Latin American teachers on the pandemic | International

The electoral campaign in Colombia is tense due to inconsistencies in the pre-count of votes and allegations of fraud | International
March 20, 2022

Mercosur prevents Zelensky from speaking at the 60th summit of presidents
July 21, 2022

Mercosur prevents Zelensky from speaking at the 60th summit of presidents