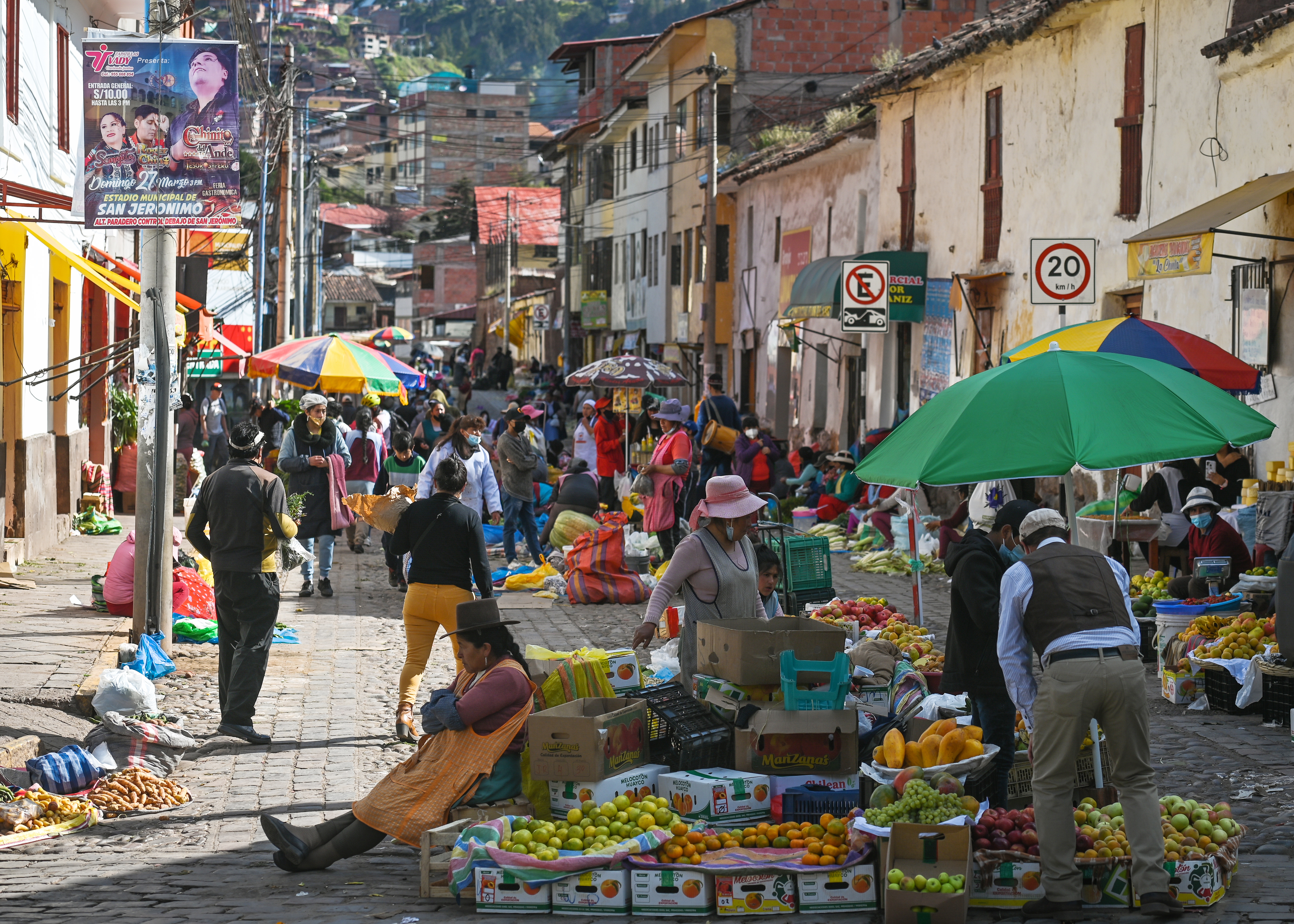 If policymakers in the eurozone feel weighed down by inflation, the puzzle facing their peers in Latin America shows that things can always get worse. In addition to controlling prices, they have to resist the devaluation pressures caused by the rise in interest rates in developed economies, avoid an economic slowdown that complicates the repayment of their debt in foreign currency and do everything with a significant part of their population for below or dangerously close to the poverty line.

With rises in the CPI that in the interannual measurement for April reached 12.13% in Brazil and 10.5% in Chile, the region is once again dealing with a problem that, with the exception of countries such as Argentina, Haiti and Venezuela, seemed under control after decades of central bank autonomy. And it is that in Latin America, where 27.5% of the population already lives below the poverty line (World Bank data for 2021), inflation means much more than stopping eating out. Having a job is not a guarantee of salvation either: according to the International Labor Organization, 51% of employed people lack formal contracts and, therefore, tools for collective bargaining.

As is happening in Europe, the rise in prices is affecting the shopping basket of low-income households. “The erosion of real income due to the increase in the price of food and energy adds to the difficulties that vulnerable households in the region have already been suffering,” the International Monetary Fund (IMF) recognized in a recent report. In the case of Peru, as explained by Hugo Ñopo, an economist at the Development Analysis Group think tank, the only good news is that the specter of hyperinflation (Peru, Brazil, Bolivia and Argentina suffered from it in the 1980s) is still it has not become a self-fulfilling prophecy. Rather than add fuel to the fire with preventive price increases, he says, economic agents continue to trust in the capacity of the Central Reserve Bank of Peru (BCRP) to control the situation.

The BCRP has raised the reference interest rate to 5%, its maximum in 13 years. According to Ñopo, the objective is not so much to cool aggregate demand as to avoid a devaluation that makes imports more expensive due to capital flight to countries considered safer. “In Peru, only 25% of employees are formal and commercial informality is also very large,” explains Ñopo, to argue why a rise in credit does not have such a direct impact on the level of activity. To alleviate the effects of inflation on the poorest, Peruvian authorities have reduced the general sales tax on several staple foods. According to Ñopo, it is an instrument that could work in a developed economy, but not in Peru, also because of the high submerged economy.

The IMF Director for the Western Hemisphere, Ilan Goldfajn, congratulated the central banks of Colombia, Mexico, Peru, Chile and Brazil in February for a “strong reaction” that had allowed inflation expectations to be anchored to a band between 2 % and 4% per year. But the increase in the price of agricultural production and other raw materials could also favor a region with so much weight in the global production of commodities like Latin America. Daniel Titelman, head of development studies at the Economic Commission for Latin America and the Caribbean (ECLAC), confirms this, but adds a nuance: it will not be the same for everyone. “There are countries, like the Central American ones, that are mainly importers of commodities and others that have raised the price of their exports, but also have to pay more for oil, like Chile with copper and oil,” he explains.

The impact of the Fed

Due to its agricultural production and its energy resources, Brazil could be one of the few favored in net terms by this increase in the price of raw materials. Despite this, its currency suffered strong devaluation pressures in the last months of 2021 and the first months of 2022, until the rate hike took effect (they went from 2% in March 2021 to the current 12.75%). According to Titelman, those pressures had a lot to do with the phenomenon called flight to safety (flight to safety) that occurs every time the US Federal Reserve makes its money more expensive.

What all the countries in the region do have in common is that none can afford to stop growing. That is why, says Titelman, inflation must be confronted with measures that go beyond the hardening of interest rates. “There are many other instruments that do not imply a change in the rules of the game and do not have a recessive effect, such as using international reserves to intervene in the exchange market avoiding devaluation,” he says. From ECLAC they also advise controlling the movement of capital flows with prudential macro-regulation such as “raising reserve requirements in foreign currencies”.

To relieve households, Titelman defends direct aid as “a temporary measure that fits the needs”: “There are many countries that are discussing and beginning to implement food subsidies.” The underlying message, he says, is to replicate the pragmatism that governments adopted to combat the pandemic, when “several countries relaxed their monetary policy to finance fiscal spending.”

Argentina is the greatest exponent of price pressure: the year-on-year CPI was 58% in April. It had not reached a maximum like this since January 1992, when the government of then President Carlos Menem began to emerge from hyperinflation. Paradoxically, this could be a good time for public opinion to support a stabilization program to reverse the situation. As Gastón Rossi, director of Banco Ciudad de Buenos Aires, says, “in 2008, 2010 or 2011, inflation was already double digits, but salaries were adjusted without loss of purchasing power, so in the surveys it did not appear as the most important economic problem for Argentines”.
This has not been the case in recent years, with a cumulative drop in real wages of up to 17% since 2018. In his opinion, it is time to launch a comprehensive stabilization plan that involves the entire economic policy of the Government . Not only to slow down the growth of prices, but to build a minimum horizon of predictability that allows the economy to return to the path of growth. “Argentina has not grown for 10 years, obviously we are doing something wrong.”

Uncertainties regarding the Fed continue

Hear Me Watch the 18th Episode on the Star TV series watch screen! With the arrival of Gaye, Kanat is in a dead end!

Cabinet assembles! Here are the topics on the agenda

The challenge of Ukraine’s survival after the Russian invasion | International
July 31, 2022

The challenge of Ukraine’s survival after the Russian invasion | International

The Ukrainian army approaches the city of Kherson with hardly any Russian resistance | International
October 5, 2022

The Russia of the future is also preparing itself in exile | International
June 3, 2022

The Dolomites: At least five dead and eight injured by the detachment of part of a glacier in the Italian Alps | International
July 3, 2022

The Dolomites: At least five dead and eight injured by the detachment of part of a glacier in the Italian Alps | International