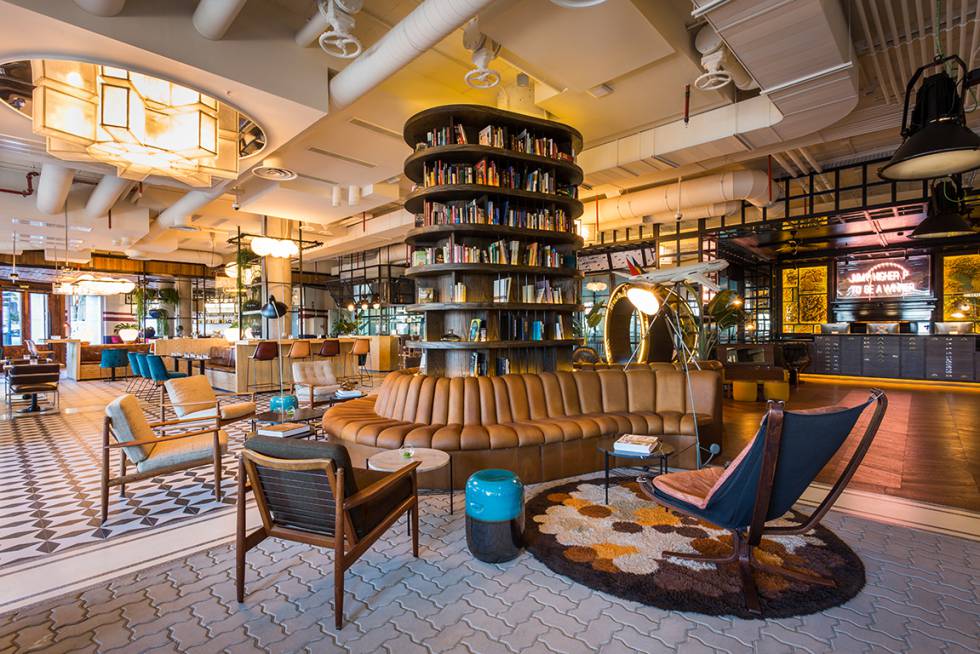 El Corte Inglés is about to obtain all the permits to open the first hotel in Madrid that will be 100% owned by it. The Urban Development Commission of the Madrid City Council has approved the special plan to use the land on which two residential buildings owned by the distribution group stand, located at Calle Goya 89 and Conde de Peñalver 3, in the neighborhood of Salamanca. The future hotel will have around 113 rooms and the planned investment is around 6.8 million euros.

The company got the initial approval last summer and has now received the penultimate yes, thanks to the support of PP and Cs. More Madrid and the PSOE have rejected the proposal, and Vox and the Mixed Group have abstained. The decision is pending ratification by the Plenary, where support for the plans of El Corte Inglés is also expected, which must now request the license to begin the works. The company chaired by Marta Álvarez already has several hotel assets through a company shared 50% with the Palladium group (of the Matutes family), which includes the luxury urban establishments of the Only You brand, but this hotel will be at the moment the first one owned solely by the company.

The department store giant has proposed the construction of a hotel of no less than 4 stars, which will include restaurant services, events and others related to health and aesthetics. The material execution budget amounts to 5.7 million euros, plus other expenses, which the company hopes to make profitable in 20 years, according to the economic-financial study carried out to process the special plan. The grouping of the two plots will enable the execution of common facilities.

The buildings are located in the heart of one of the great commercial areas of Madrid, next to two of the most emblematic stores of El Corte Inglés. The building on Goya Street is a residential area intended primarily for family housing, built in the first third of the 20th century, with a surface area of ​​5,918.3 square metres. As for the Conde de Peñalver building, also residential, it was built at the beginning of the 20th century and has a surface area of ​​3,160 square metres. The two properties were acquired by Construcciones Inmobiliaria Alcoral (owned by El Corte Inglés) in 1973 and 1977.

El Corte Inglés has not yet decided on the name of this new establishment and it remains to be seen how it will fit into its alliance with Grupo Matutes. One of the strategic priorities of the company, focused for months on gaining weight in new businesses to reduce dependence on its traditional activity, is to expand its presence in luxury tourism. With Palladium, the plans are to promote the Only You brand. Along the same lines, the distribution company relaunched the Utópica travel agency in December, focused on the premium, and became part of Virtuoso, a world reference for its prestigious network of luxury travel agencies.

In parallel, El Corte Inglés announced last June its merger with Logitravel to create a travel giant with more than 500 points of sale in the world, a leader in the sector in Spain and with the aim of competing with large multinationals such as TUI in a time of fierce competition for offers on the internet. According to 2019 data, between the two divisions they exceeded 3,500 million euros in revenue and had more than 5,000 employees.

Disaster returned in Istanbul! They went out in panic

From Marxism to metadata: Portugal prepares the eighth reform of its Constitution | International

Shireen Abu Akleh: The US investigation into the death of the Palestinian journalist is falsely closed due to the poor condition of the bullet | International
July 4, 2022

Shireen Abu Akleh: The US investigation into the death of the Palestinian journalist is falsely closed due to the poor condition of the bullet | International

Moskva Cruise: Russia hits kyiv and Kharkov after losing its flagship in the Black Sea | International

Shealah Craighead: Trump cashes in his presidency photos (and leaves the woman who took them without benefits) | International
April 1, 2022

Shealah Craighead: Trump cashes in his presidency photos (and leaves the woman who took them without benefits) | International

Argentina: Alberto Fernández warns Kirchnerism: “I am the president” | International

Russia is willing to allow the export of grain if Ukraine agrees to demine the coast | International
June 8, 2022

China keeps up pressure on military exercises around Taiwan | International

Ukraine calls for the creation of a special court to judge Russian aggression | International
July 14, 2022

Peace is still a long way off in Ukraine | Opinion