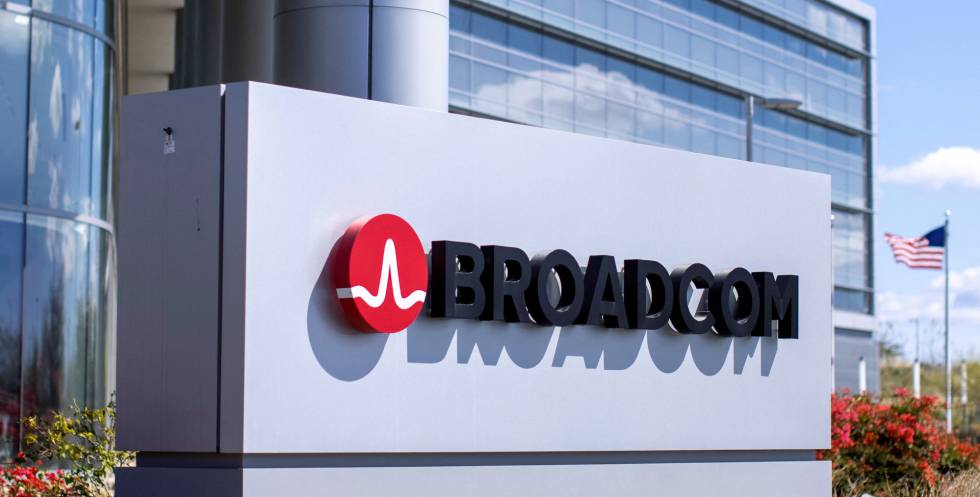 Broadcom takes out the checkbook again to grow. The American semiconductor technology company has reached an agreement to acquire VMware in an operation valued at 61,000 million dollars (about 57,000 million euros) in cash and shares, as reported in a statement. It is one of the largest purchases in the technology sector in its history and one of the largest corporate operations of the year. It’s not final yet. VMware will try to find out if there is another buyer willing to pay more.

Broadcom is used to growing through acquisitions, which it combines with its own upward evolution of its business. With the purchase of VMware you will be able to boost your programming business and grow in the cloud. In addition, if it goes ahead successfully, Broadcom will get rid of the thorn of the frustrated purchase of Qualcomm, which would have been the largest in the history of the sector and which was vetoed in 2018 by the Donald Trump government, which considered it a threat to national security. Despite being founded in the United States, Broadcom was headquartered in Singapore. Since then, he has moved to San Jose, California, about 30 kilometers from VMware’s headquarters in Palo Alto.

Broadcom makes different chips for mobile phones, telecommunications networks and technology equipment, but has long sought to diversify its business in search of more profitable segments than semiconductors. Aside from the failed Qualcomm deal, the company acquired CA Technologies in 2018 for $18.9 billion to grow in software and also bought Symantec’s enterprise security division in 2019 for $10.7 billion.

With the purchase of VMware, it will enter the data center business, reinforcing itself in the cloud business and in the software market. In effect, it will rebrand its own software business to use the acquired company’s brand.

vmware was pioneer in virtualization technology, an innovation that allows you to create a software-based (ie, virtual) representation of applications, servers, storage, and networks to reduce IT costs and increase efficiency and agility. Next, VMware created the software-defined data center and played a leading role in network and storage virtualization, before evolving to become a hybrid cloud and digital workplace leader, Broadcom explains. in the statement announcing the operation.

The agreement has been unanimously approved by the boards of directors of the two companies. Subject to certain limits, VMware shareholders will be able to choose between receiving $142.50 in cash or 0.2520 shares of Broadcom common stock for each share of VMware. The reference price of the operation represents a premium of 44% with respect to the price of May 20, before the negotiations began to transcend. Following the closing of the transaction, current Broadcom shareholders will own approximately 88% of the company and current VMware shareholders will own the other 12%.

Michael Dell and Silver Lake, who own 40.2% and 10% of outstanding VMware shares, respectively, have signed supporting agreements to vote in favor of the transaction, provided the VMware Board continues to recommend the transaction. proposal with Broadcom, which is scheduled to close in 2023.

Broadcom has secured financing commitments from a consortium of banks of $32 billion for the deal, which includes $8 billion in debt from VMware. Despite this, it expects to maintain an investment grade rating, given its strong cash flow generation and its intention to reduce that debt quickly. The semiconductor company expects to maintain its current dividend policy of giving shareholders 50% of its free cash flow from the previous fiscal year.

As one of the big deals of the year, active investment banking in the United States has been turned upside down. Barclays, BofA, Citigroup, Credit Suisse, Morgan Stanley and Wells Fargo are acting as financial advisors to Broadcom. Goldman Sachs and JP Morgan advise VMware.

The merger agreement contains a provision (called go shop) under which VMware can seek and negotiate alternative proposals for a 40-day period that expires on July 5, 2022. The company auctions itself to the highest bidder, but it will be difficult to find a superior offer.

Health scandal in Germany! They don’t treat because they had surgery in Turkey.

When is Turkey v Czech Republic?

US court decision in favor of Trump

María Jimena Duzán: “I hope they don’t kill me, I’m happy with that” | International

Ukraine reduces the recruitment of soldiers due to the saturation of troops and the lack of weapons | International
March 28, 2022

The Government of Israel is broken and leads the country to the fifth elections in three years | International
June 20, 2022

“Chile is characterized by saying yes to change and then getting scared when the changes come”
June 18, 2022

A wave of kidnappings for ransom hits Nigeria | International

Boric announces adjustments in the Government and recognizes the “strong message” of the polls
September 5, 2022

The electoral court of Brazil acquires an unusual role | International