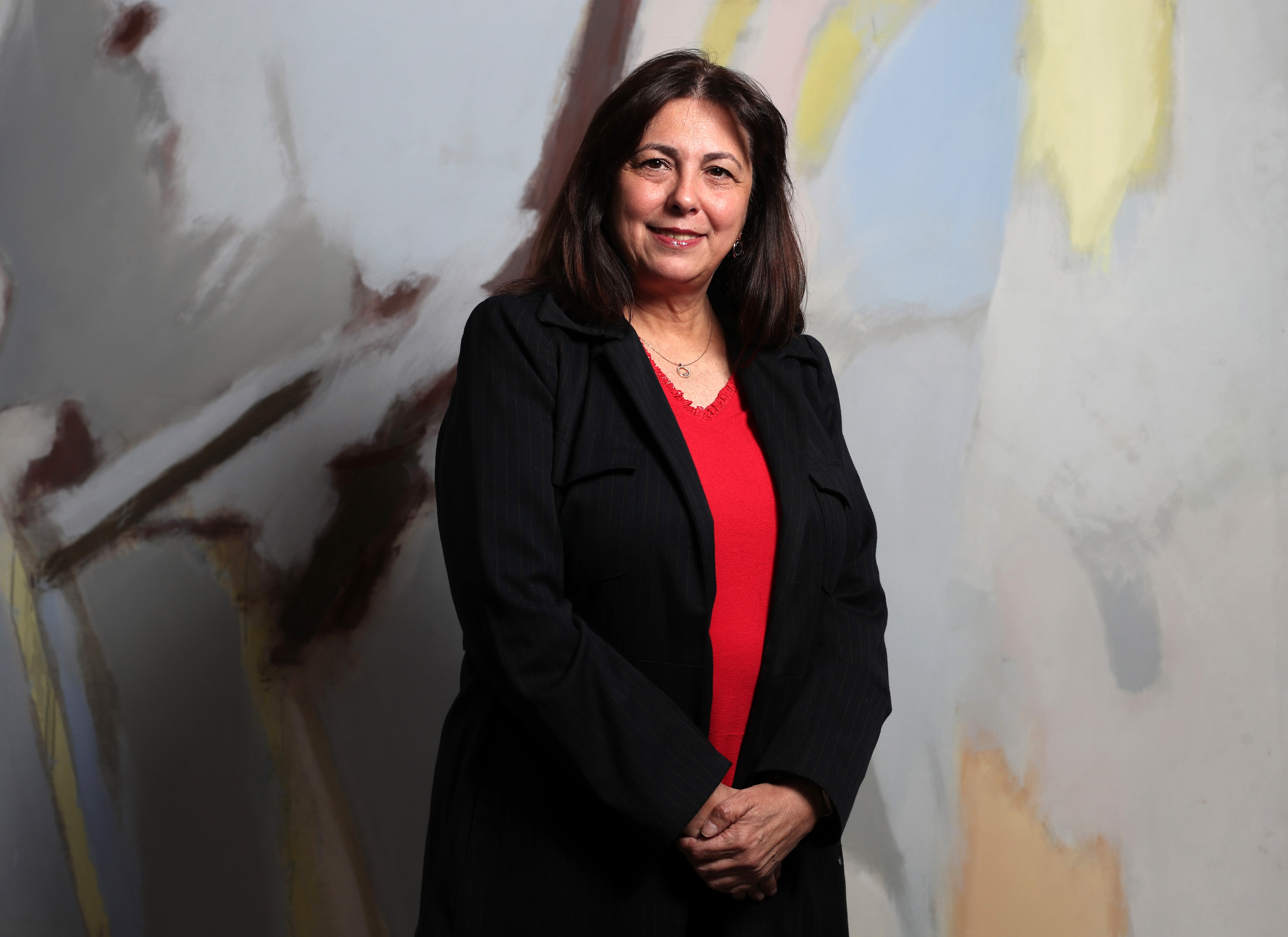 The name change in a company is never accidental. When the old Campsa (founded in 1927) became CLH (in the early 1990s), the oil monopoly in Spain ceased to exist. Last year, this same company decided to give its name a new twist. Today, the main storage, transportation and distribution company for oil products in Spain is known as Exolum (derived from the Latin words external, evolutio, incremental). And the transformation comes with radical movements: he wants his business to depend less and less on derivatives of crude oil (gasoline, diesel, kerosene, fuel oil and biofuels) and that renewable energies, hydrogen and eco-fuels weigh more on his income statement .

92% of Exolum’s turnover comes from hydrocarbons related to mobility. By 2025, that percentage will drop more than 20 points, according to its own roadmap. “The company is reinventing itself,” says Rosa García, who became president of the firm last September, replacing José Luis López de Silanes. The pandemic tested the company, with net profit plummeting 41.2% in 2020, compared to a year earlier, and gradually recovering in 2021. The lockdown — which has left cars in garages and planes in hangars—as well as the change in the energy model, have accelerated the transformation. “The consumption of gasoline and diesel for short-distance transport has not yet recovered, greatly affected by the transport strike. We are 5% below the figures for 2019… We may never reach those levels again,” says García.

But while the company gives the rudder change, the sea begins to stir with the Russian invasion in Ukraine, which has unleashed oil and gas prices due to the threat of a veto on Russian production. “Nothing will be the same as it was before,” Garcia highlights. “Suddenly, something that almost no one had considered, which had to do with security of supply, is something that jumped to the front pages of the newspapers.” The president of Exolum assures that, despite the fact that relations between Russia and the EU are on the brink of the energy abyss, the firm has sufficient capacity to guarantee the supply of fuels. The guarantee? Its position in the market and its network of pipelines of more than 4,000 kilometers through which fuels from Cepsa, Repsol, BP, among others, pass. “We are the first company that stores hydrocarbons by size in Europe and the seventh in the world.” Exolum has 39 storage facilities, with a capacity of 8.3 million cubic meters.

“We know that in this security of supply, Exolum is going to have an important role.” Especially since demand has not been reduced compared to 2021, despite the bump in fuel prices in recent months. Outflows of oil products from the Exolum facilities to the Spanish market in April reached 3.27 million cubic meters, 31.6% more than in the same month last year, once the calendar effect had been corrected. Gasoline outputs have been 30.8% higher, and those of automotive diesel, 18.4%. “Cars, for the moment, continue to circulate because people need to move and consume the same as they did in 2021.” This rise coincides with the entry into force of the bonus of 20 cents per liter of fuel that the Government has launched. “We have already made the effort that we could make from Exolum to try to help this drop in fuel,” says García. “Because the price of logistics is almost negligible in the price of fuel: one cent per liter,” he stresses.

García is confident that dependence on fuel will decrease. Oil demand, for the first time, shows an eventual decline in all scenarios, according to the International Energy Agency (IEA), although the timing and sharpness of the drop vary widely. But liquid, gaseous and solid fuels of various types will continue to play a relevant role in the world energy mix until 2050. And in this scenario, Exolum wants to be prepared. You have already taken the first steps.

In 2021, the 15 liquid product storage facilities that it acquired in 2020 from Inter Terminals Limited in the United Kingdom, Ireland, Germany and the Netherlands have been integrated into the company, which has meant a significant reinforcement of its presence in Europe. “International expansion has positively impacted our 2021 results despite the pandemic. We have not yet reached the EBITDA level of 2019, but we are close”, highlights García. His plan is to continue advancing organically and at the stroke of a checkbook. “By 2026, our intention is to invest between 1,000 and 1,500 million euros to diversify the company and accompany consumers in the energy transition,” explains the president of the company, which also has subsidiaries in Panama, Ecuador and Oman. In 2021, Exolum’s operating income was 878 million, 38% more, and it increased its profits by 29% to 213 million.

Of that total, approximately 50% will go to growth in the chemicals and eco chemicals market. Another 25% will go to circular economy and green hydrogen. Exolum will build the first green hydrogen production plant in the Community of Madrid, which is expected to be fully operational in the second half of 2022. “We are waiting for the permits to be given.” His plan is to produce about 60 tons of this product per year. In addition to this, the firm collaborates with Naturgy and Enagás in the development of infrastructures for the production, distribution and supply of green hydrogen in the mobility sector throughout the national territory.

12% of the investment plan will continue to be allocated to the maintenance of the oil pipelines. And the rest will go to the aviation business. “Exolum has extensive experience in airport management related to the storage, transportation and onboarding of kerosene in aircraft. We do this activity very efficiently,” says García.

Before arriving at Exolum —whose shareholders include the venture capital fund CVC (with 25% of the capital), the Canadian public pension fund Omers (with 24.7%) and the Macquarie fund (with 20%) —, Rosa García has been director of strategic corporate projects at Microsoft in the United States. She has also served as president of the technology giant in the Iberian market for eight years. She and she has held the position of president and director in Spain of Siemens. Her career also includes non-executive management positions in Ibex 35 companies such as Banesto, Acerinox or Bankinter. She is currently a member of the board of directors of firms such as Mapfre, EDPR and Sener.

Have the Family Support Package payments been deposited into the accounts, when will they be deposited? How to apply for the October 2022 Family Support Program payment, what are the application requirements?

Reaction to earthquake survivor Ekrem İmamoğlu: Don’t touch me, the earthquake is over

Check Also
Close
The cap on Russian oil: one more blow to Moscow, but far from lethal | International
17 mins ago

Hungary castles in Brussels and blocks the negotiations on the embargo on Russian oil | International
May 8, 2022

Ukraine fears a “terrifying” situation in Donbas due to the advances of the Russian army | International
June 24, 2022

The Malvinas: 40 years of Argentine diplomacy with the United Kingdom: between persuasion and sanctions | International
April 2, 2022

The Malvinas: 40 years of Argentine diplomacy with the United Kingdom: between persuasion and sanctions | International

Ukraine, ready to take the initiative after half a year in which Russia has failed to impose itself | International
August 20, 2022

Ukraine, ready to take the initiative after half a year in which Russia has failed to impose itself | International

Latest news from the war in Ukraine, live | Zelensky: “Mariupol is undergoing the biggest stress test in Ukraine’s history” | International

Sahel: Trapped by jihadism and besieged by hunger: this is the horror in two cities of the Sahel | International
October 21, 2022

Sahel: Trapped by jihadism and besieged by hunger: this is the horror in two cities of the Sahel | International